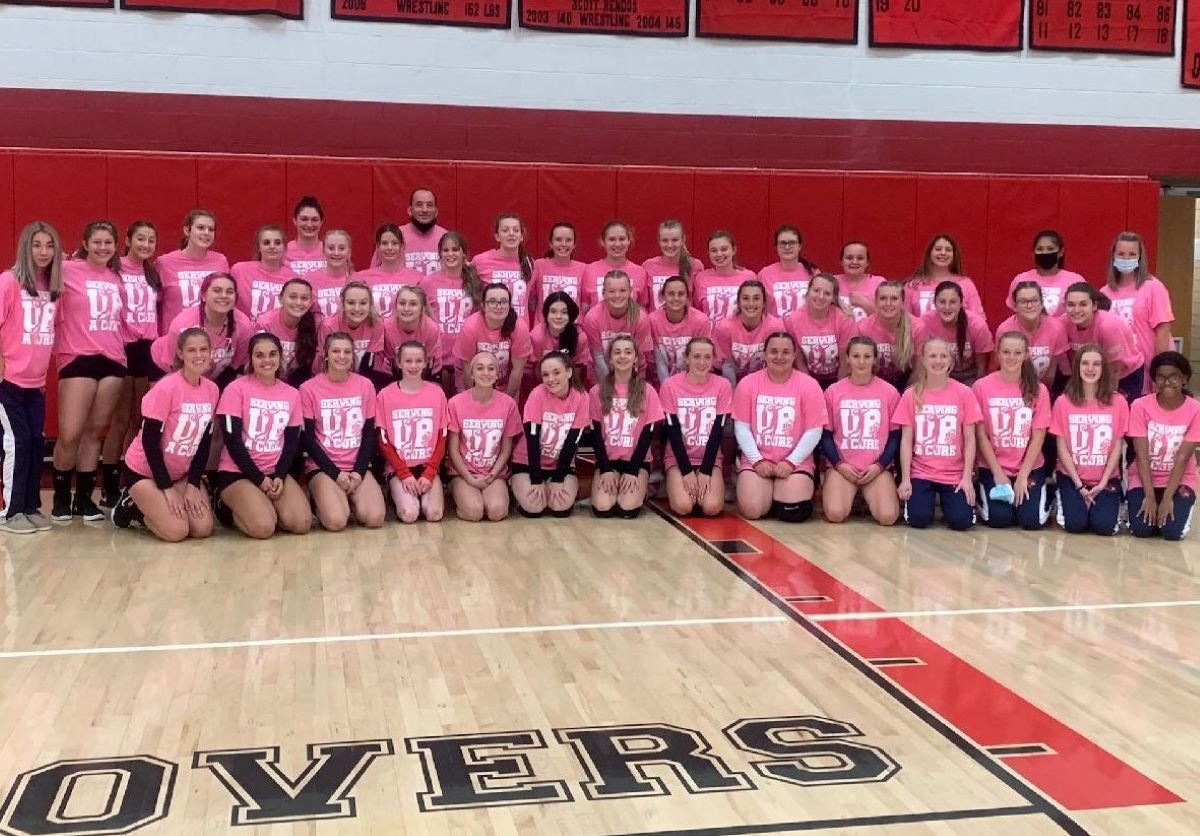 Also – Vote for the Volleyball Performance of the Week

It was the annual Pink Night game between the two teams with all the proceeds being donated to the Hahne Cancer Center at Penn Highlands Healthcare in DuBois.

Ashlynn Collins ran the offense for Cranberry with 19 set assists.

Keira Croyle ran the offense with 10 set assists and also chipped in with four aces.

Jayna Johnson contributed to running the offense with 10 set assists.

Kaylee Rhinehart also served well for Otto-Eldred finishing with three aces while adding a block and a kill.

Emma Stahl ran the Oilers offense with nine set assists and added two kills and an ace and Ansley Svolos had five digs.

Taylor Ripple added seven kills for the Lady Bulldogs, while Caylen Rearick got the 41 balls on defense and Arissa Bish to 20 balls.

Natalie Hess also had five kills, a block, and a dig for Karns City with Rosie Carden doing a little bit of everything with five kills, five aces, eight digs, and 13 set assists.

Alyssa Radtke ran the offense for the Trojans with 27 set assists and also added six aces.

Gabby LaJeunesse added 21 digs for the Knights, while Sydney May had nine set assists.

Warren, Brockway, Clearfield, LeBoeuf Girls Win; Port Allegany Boys Edge Wellsville
Warren’s Madigan Named AVCA Pa. Player of the Week
We use cookies on our website to give you the most relevant experience by remembering your preferences and repeat visits. By clicking “Accept All”, you consent to the use of ALL the cookies. However, you may visit "Cookie Settings" to provide a controlled consent.
Cookie SettingsAccept All
Manage consent