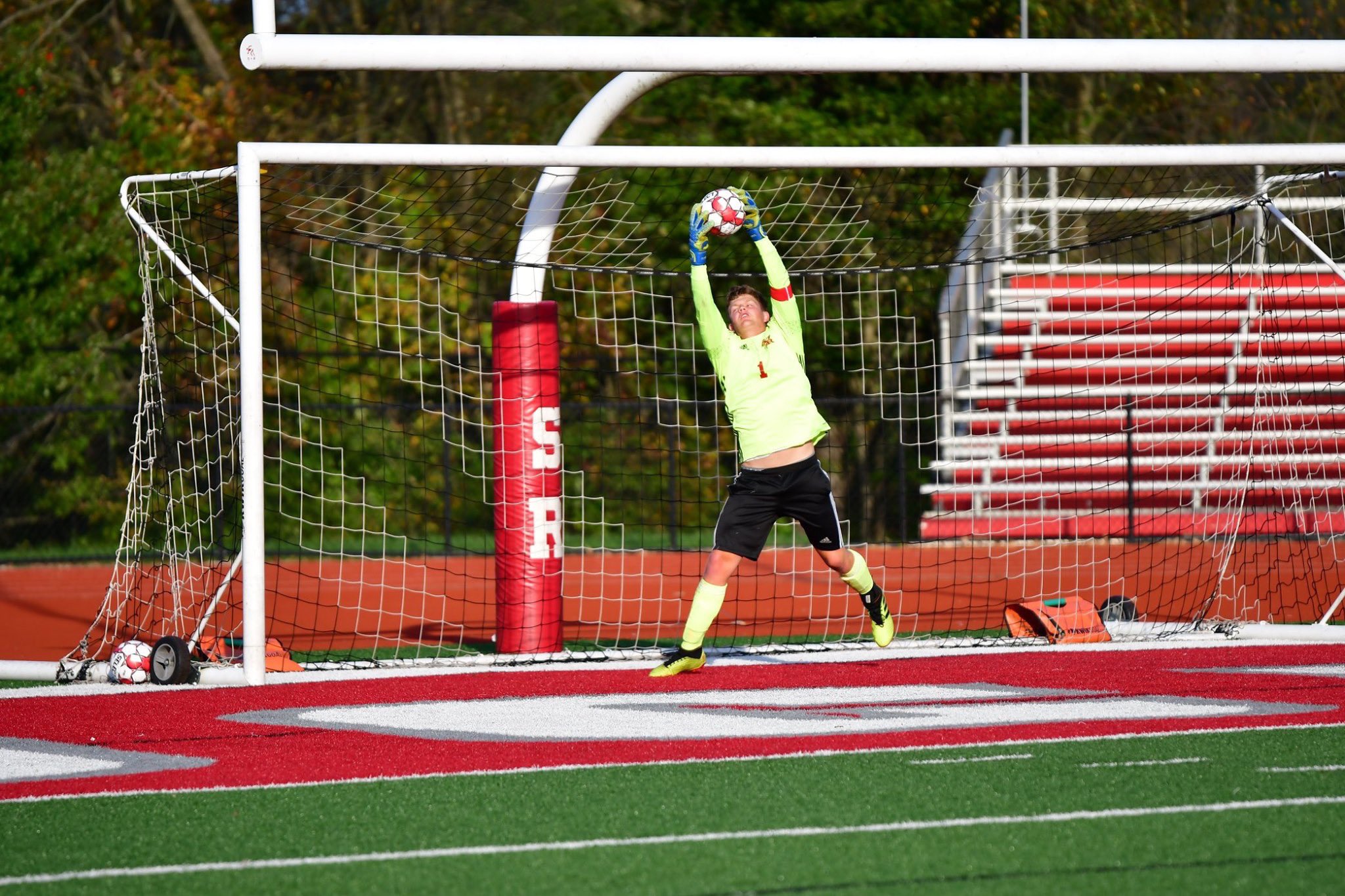 MEADVILLE, Pa. – In a game where neither team could penetrate the others’ stifling defense, it was Slippery Rock’s Hunter Berry that played the role of hero.

Berry’s overtime goal broke a scoreless tie and sent the fourth-seeded Rockets past No. 5 seed North East and into the District 10 Class 2A semifinals.

Colton Callen got the win in net.

Ethan Hammer was in net for North East with six saves.

With the win, the Rockets advance to play top seed Fairview in the semifinals.

WATTSBURG, Pa. – Zach Nichols and Nick Dolph scored two goals each as Seneca rolled to a 6-0 quarterfinal win over Franklin.

The Bobcats led 3-0 at halftime.

Lee Hoover also found the back of the net for the Bobcats.

With the win, Seneca meets No. 2 seed Grove City in the semifinals.

The Eagles led 3-0 at halftime and poured it on with six second-half goals.

Jimmy Irani scored a pair of goals, while Coldan Barr, Jacob Irani and John Hake had one each.

Jimmy and Jacob Irani and Hake all had two assists.

Mercyhurst Prep actually took a 1-0 lead in the first half, but Smith tied and Nathan George put the Tigers ahead for good later in the half.

George had a pair of goals for the Tigers as well.

Oct. 27, 2021 District 9/10 Volleyball and Soccer Playoff Scores
Oct. 27, 2021 D9 Soccer Playoffs: Clearfield, Karns City Girls Take Care of Business; ECC Triumphs; Clearfield Boys Blank DuBois
We use cookies on our website to give you the most relevant experience by remembering your preferences and repeat visits. By clicking “Accept All”, you consent to the use of ALL the cookies. However, you may visit "Cookie Settings" to provide a controlled consent.
Cookie SettingsAccept All
Manage consent