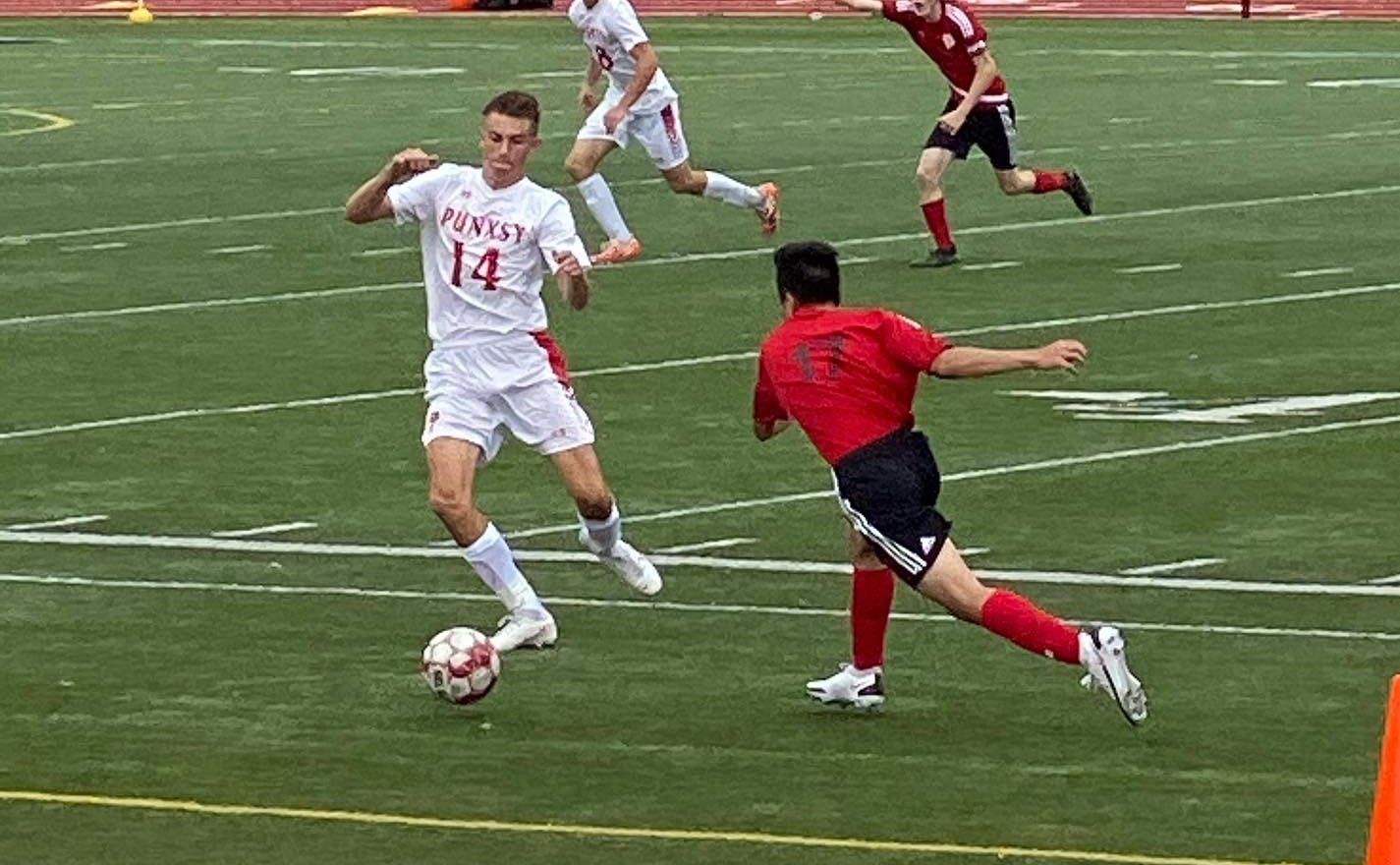 STRATTANVILLE, Pa. – The drama was high in Tuesday’s District 9 Class A boys soccer semifinal between Clarion-Limestone and Kane.

In a back-and-forth affair and 6-5 win, the Lions’ Bailee Verdill scored in the extra session to send his team to D-9 championship game, where the will await the winner of top-seeded Brockway and No. 4 seed Coudersport (5 p.m. Wednesday).

Verdill’s overtime goal was his second of the game.

Beau Verdill, meanwhile, had a hat trick for the Lions, and also had an assist.

Nate Megnin had a pair of helpers for the Lions , while Donnie Cunningham added one.

C-L was also the beneficiary of an own goal by the Wolves.

ST. MARYS, Pa. – Punxsutawney made the 50-mile trip north to St. Marys and came away with a 2-0 win over the host Dutch in the Districdt 10 Class 2A boys soccer semifinal on Tuesday.

Garrett Eddy got the Chucks on the board in the first half, which proved to be all that they needed, thanks to a stout defensive effort.

Ben Gigliotti got the insurance goal in the second-half for the Chucks.

Punxsutawney advances to play Karns City on Nov. 3 in the title game.

The top-seeded Gremlins received a bye.

Oct. 27, 2020 VB Recaps: Lucky 13 – Hickory Moves to 13-0
Oct. 28, 2020 Volleyball Scores
We use cookies on our website to give you the most relevant experience by remembering your preferences and repeat visits. By clicking “Accept All”, you consent to the use of ALL the cookies. However, you may visit "Cookie Settings" to provide a controlled consent.
Cookie SettingsAccept All
Manage consent