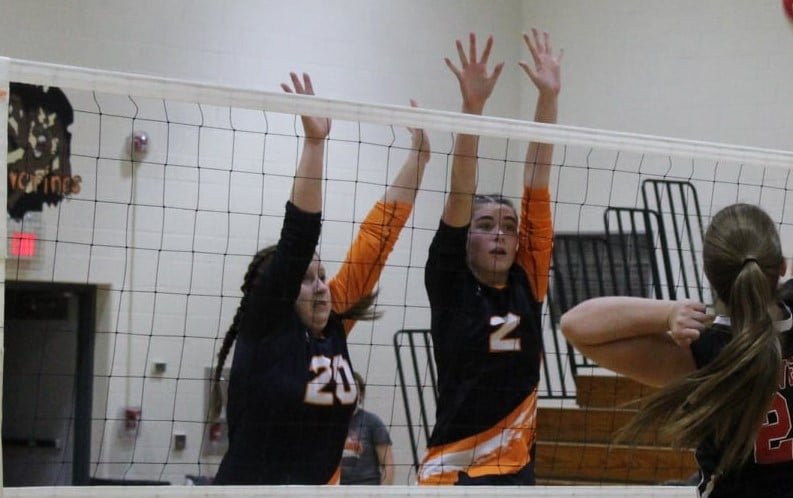 Kassidy Orinko (No. 2) and Kadance Steffan (No. 20) Sheffield Rita Goldwaithe

Lauren Ronchi and Meadow Hartle each had six kills and a block for Venango Catholic with Hartle also adding seven set assists. Lily Homan chipped in four kills, four aces, and 11 digs for the Lady Vikings who also got four aces from Mariah Wessell, three blocks and two kills apiece from Jenna Lopata and Sadie Kalamajka and 29 digs from Cheyanne Rudder.

Mia Sherman added seven kills and seven digs for the Lady Falcons who also got five kills and eight digs from Meah Ielase, 17 digs from Rachel Cullen, and 18 set assists from Terra Stefanucci.

You Pick the D9/D10 Volleyball Performance of the Week Powered by Gc Town Properties Oct. 19-24, 2020
District 9 Releases Volleyball Playoff Brackets
This website or its third-party tools process personal data.In case of sale of your personal information, you may opt out by using the link Do not sell my personal information.
×
Manage consent