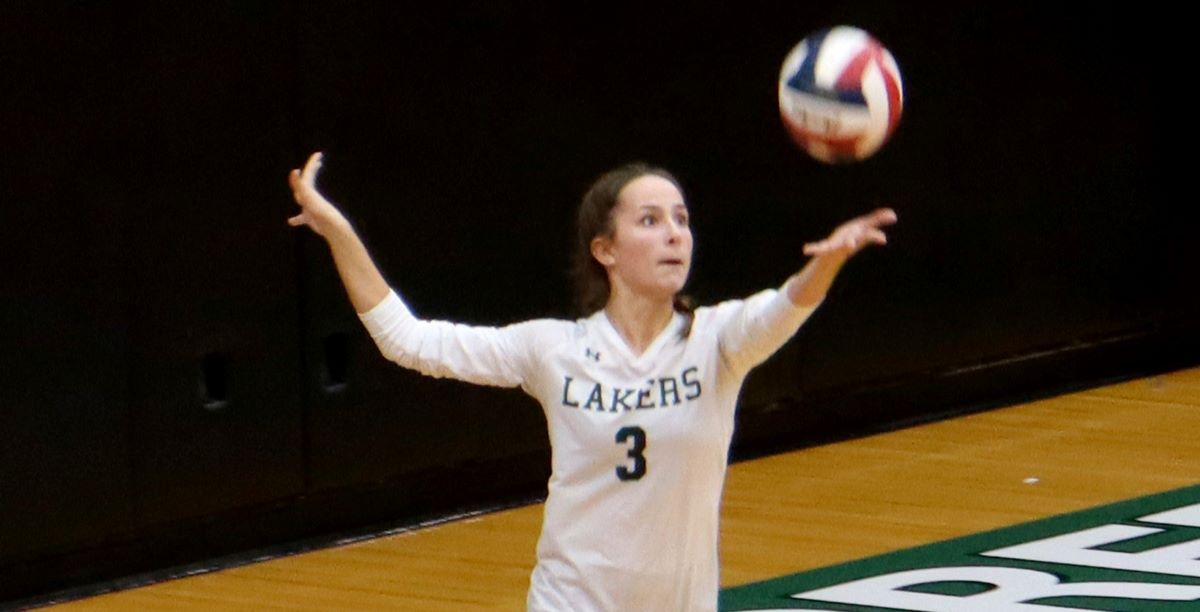 “We played well tonight against a team that puts up a large block,” Mercyhurst Prep head coach Joe Reynolds said. “We worked around it and pushed through a bit of adversity in the third set.”

Reynolds said his team did a great job of forcing its tempo.

“I am proud of these girls for continuing to improve every day,” Reynolds said.

Julia Seth had a big night setting up the offense for the Lakes with 44 set assists while adding 11 digs. During the third set, she recorded her 1,000th career set assist.

“A job well done by Julia for reaching her 1,000th assist during her junior season,” Reynolds said.

Olivia Kulyk chipped in eight kills in the win, while Avery Ollinger had 16 digs and Da’Zhana Jordan added 14 digs.

Jamoria Crumby ran the offense for the Tigers with 13 set assists while adding eight digs, and Kylie Weirick chipped in 10 set assists.

“We controlled the first ball well in defense and serve receive, which set us up to be successful offensively,” Fort LeBoeuf head coach LeAnn Johnson said. “We also served competitively to keep Greenville out of system.”

Kayleigh Anderson added nine kills and a dig for the Bison, and Kylie Peters chipped in four kills.

Mackenzie Galdon ran the offense for the Bison with 23 set assists while adding six digs, an ace, and a kill, and Tessa Bellis chipped in 10 set assists.

Michayla Magee ran the offense for the Bears with 20 set assists and added eight digs and three aces.

Eighth-seeded Slippery Rock, whose stats weren’t available, advances to take on top-seeded North East Wednesday, Oct. 26, at a time and place to be announced.

Oct. 24, 2022 D9/10 Soccer Playoffs: Brookville Boys Wins First Playoff Game Since 2013; KC, Slippery Rock Girls Advance
Oct. 25, 2022 Volleyball and Soccer Schedule
This website or its third-party tools process personal data.In case of sale of your personal information, you may opt out by using the link Do not sell my personal information.
×
Manage consent