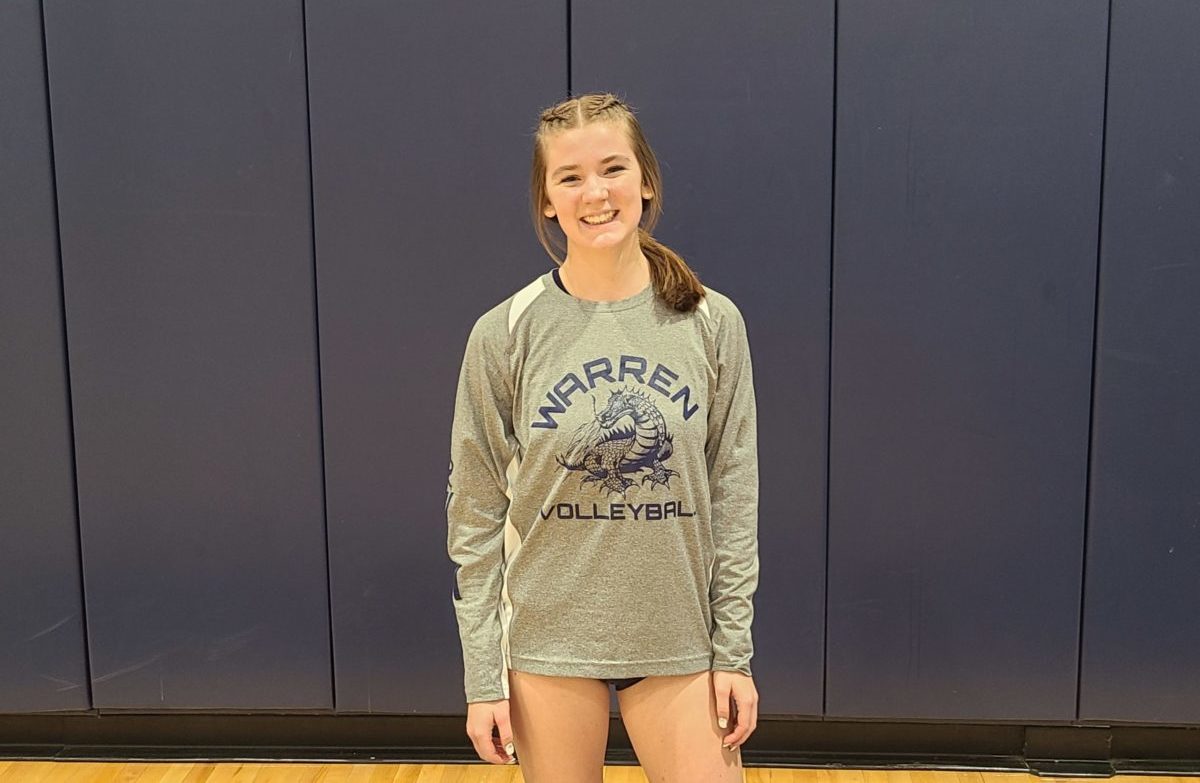 WARREN, Pa. – The Warren Dragons needed a win against Conneaut (Pa.) on Tuesday to tie for the Region 5 title with the Eagles.

Both teams finished with identical 6-2 records, splitting their two matchups after Conneaut earned a five-set win over the Dragons on Sept. 30.

Irwin was named the Allegheny Grille of Foxburg Player of the Match and talked about the win afterwards:

The Dragons overcame a big night from Conneaut’s Kaylee Mattera, who had 18 kills, seven digs, and three aces.

Rewatch the first half of the match

Rewatch the second half of the match

Adia Needham also had a strong match in the middle for the Lady Cats with four kills while adding three aces and two digs. She was named the Allegheny Grille of Foxburg Player of the Game and talked about the win.

Payton Simko chipped in four kills and two digs in the win, while Jordan Best had five digs and an ace.

Adia Needham of Clarion was named the Allegheny Grille of Foxburg Player of the Match after the Lady Cats downed Union, 3-0, Tuesday

Watch Highlights of the Match

Kassidy Orinko (14 kills and eight digs) and Emily Foster (10 kills and six blocks) were strong at the net, while Madeline Roell had 20 digs and Kadence Steffan ran the offense with 41 set assists and had nine digs.

Sierra Morelli had eight assists and a pair of blocks for the Rovers. Lauren Randos had five kills and Kalina Powell had 25 digs.

Leigha Nelson ran the offense for the Lady Gators with 23 set assists while adding three aces.

Ruby Smith added eight kills and four aces for the lady Lions with Abby Himes also contributing four aces, as C-L had 19 aces as a team.

Kendall Dunn ran the offense for C-L with 29 set assists.

Danielle Griebel ran the offense for the Lady Chucks with nine set assists while adding eight digs, while Samantha Griebel had 17 digs and Emma Galando 12.

The Greyhounds home match was moved to West Middlesex because of a floor issue, according to Maplewood volleyball’s Facebook page.

Brooke Hart also had four aces, three kills, and a block for Cranberry, which has won eight in a row, while Lillie Kaptura added three aces.

Alaina Anderson ran the offense for Curwensville with 22 set assists while adding three kills, two blocks, and an ace, while Alyssa Bakaysa led the offensive attack with 11 kills while adding six blocks.

Savannah Myers chipped in six kills and four digs for the Lady Falcons, while Liz Frame ran the offense with 26 set assists and added two digs and a kill.

Aubree Lorenzo and Caitlyn Palumbo each had five kills for Cameron County.

Jenna Stefanacci ran the offense for the Lady Falcons with 22 set assists while adding 12 digs.

Emma Stahl ran the offense for the Oilers with 12 set assists while adding four kills and 12 digs.

Emily Duncan ran the offense for the Hornets with 30 set assists.

Dilyn Moore ran the offense for Youngsville with 29 set assists.

Natalie Hess added eight kills and a block for the Lady Gremlins with Amber Mauer chipping in five kills, nine digs, three aces, and an assist.

Alivia Huffman led Redbank Valley with 22 kills, 13 digs, and six aces with Taylor Ripple added 12 kills with Olivia Anderson and Carlie Rupp each getting to 13 balls on defense and Caylen Rearick got to 45 balls on defense.

Carrie Drummond added nine kills and nine digs for the Lady Terrors while Anna Merry ran the offense with 22 set assists and added nine digs, three kills, and a block.

Marah Fowler ran the offense for the Lady Panthers with 27 set assists and added five digs.

Dani Nelson and Kaylee Swanson each had a team-best three kills for Smethport with Swanson adding seven digs and Nelson 11 digs. Baylee Fitzsimmons got to 28 balls on defense for the Lady Hubbers and added three aces.

Jenn Hunter ran the offense for the Tigers with 15 set assists and added five digs.

Katie Proctor had 11 digs in the win, and Lauren Dahn added eight kills and six aces.

Elliott Schleicher ran the offense for the Bulldogs with 11 set assists with Kai Kawata adding seven set assists. Kawata also had 11 digs, and Meghan Willis tied Sandrock for the team lead with 13 digs.

Oct. 19, 2021 Soccer: Karns City, Warren, North East, Erie Boys All Get Shutout Wins
Oct. 20, 2021 Volleyball Schedule
We use cookies on our website to give you the most relevant experience by remembering your preferences and repeat visits. By clicking “Accept All”, you consent to the use of ALL the cookies. However, you may visit "Cookie Settings" to provide a controlled consent.
Cookie SettingsAccept All
Manage consent