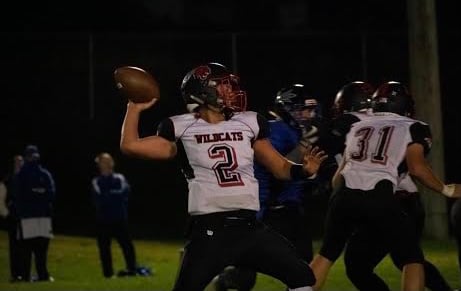 WARREN, Pa. – After another stellar performance, Northwestern’s Ryan Tewell is the Week Seven D9and10Sports.com District 10 Jim Kelly Football Player of the Week powered by the Allegheny Grille in Foxburg. It’s the second time this season Tewell has won the award.

Tewell had a big hand in helping the Wildcats stay perfect with a 48-7 win over Eisenhower. He threw for 249 yards and four touchdowns (to Cam Perkins, two to Eric Steinle and Logan Stagl) and also rushed for 55 yards and another score as the Wildcats outscored the Knights 28-7 in the second half.