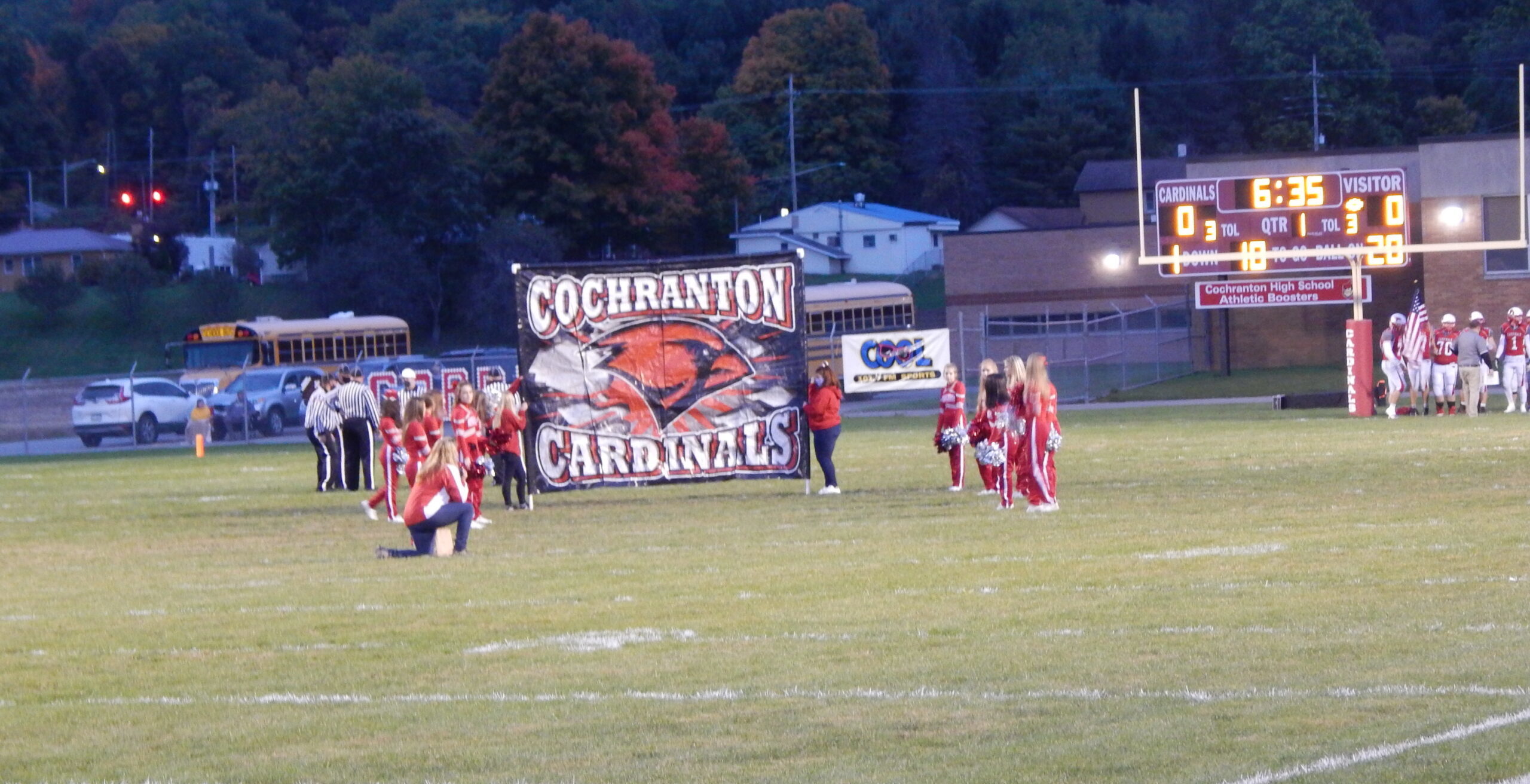 The Blue Devils (4-3) led 14-0 at halftime thanks to a six-yard touchdown from Smith and a four-yard scoring plunge from Roth.

The Blue Devils extended their lead to 20-0 early in their third quarter on Roth’s second touchdown of the game, a four-yard plunge.

Kennedy Catholic (1-5) responded and got on the board in the third quarter, as Rayvion Wilbon-Venable connected with Simeir Wade on a 26-yard scoring stirke.

COCHRANTON, Pa. – Jack Martinec had another monster game on the ground as Cochranton improved to 5-0 with a 47-0 win over Iroquois.

In doing so, they kept pace with Northwestern atop the Region 2 standings.

Martinec rushed for four touchdowns – three in the first half, as the Cardinals (5-0) built a 24-0 halftime advantage, converting two-point conversions on all three of their touchdowns.

Stephen Martinec scored a pair of rushing touchdowns – one each in the third quarter and fourth quarter as the Cardinals extended their lead to 39-0.

Jack Martinec capped his night with his fourth rushing touchdown of the game in the fourth quarter.

The Hornets jumped out to a 31-6 halftime lead en route to the victory, despite outgaining the Gators by just two yards – 403-401.

Isaac Keane completed 7-of-13 passes for 169 yards and three touchdowns for the Hornets, while Connor Adams also completed his only pass of the game for a score, an 18-yard strike to Dylan Abernathy to open the game at the 7:47 mark of the first quarter.

The Gators did all of their offensive damage through the air, as Drew Evans completed 28-of-42 passes for 360 yards and a touchdown of 77 yards to Noah Archer. The Gators (2-4) also got a one-yard touchdown run from Blane Moses.

Archer had a monster game for the Gators with 17 receptions for 248 yards and the score.

BUFFALO, N.Y. – Stephen Otremba’s 40 touchdown pass to Kimal Clark in the first quarter proved to be all St. Francis needed in a 28-0 win over Erie (2-5).

Ricardo Kidd’s 3-yard touchdown run made it 13-0 late in the third quarter.

St. Francis scored a pair of touchdowns to pull away in the fourth quarter, courtesy of Terrence Pendergrass on a 17-yard run and Kidd on an 85-yard scamper with 4:36 to play.