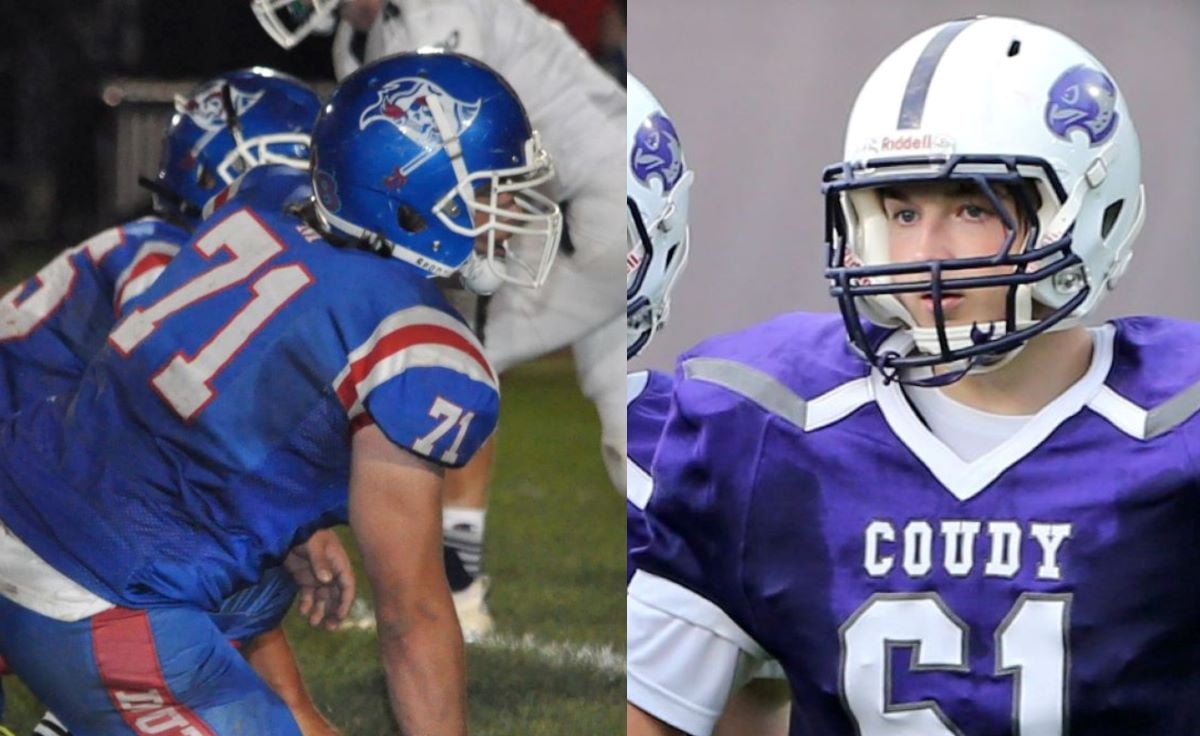 WARREN, Pa. – A pair of defensive standouts are the Week Seven D9and10Sports.com District 9 Jim Kelly Football Co-players of the Week powered by the Allegheny Grille in Foxburg.

Hazjus came up with perhaps the play of the night when he stripped an Otto-Eldred ball carrier of the football late in the game and his team down six with teammate Gavyn Ayers returning the fumble for the game-tying touchdown – the Falcons got the subsequent two-point conversion to pull off a stunning 30-28 win in a game it trailed 28-6 in the fourth quarter.

The forced fumble was just the cumulation of a great night by Hazjus who had nine tackles and a sack as well.

Lukaschunis set the tone in St. Marys’ 19-14 win over visiting Brookville harassing Raiders’ quarterback Charlie Krug all night sacking him four times while recording five total tackles and a forced fumble that was returned by Eli Ripple for a touchdown.