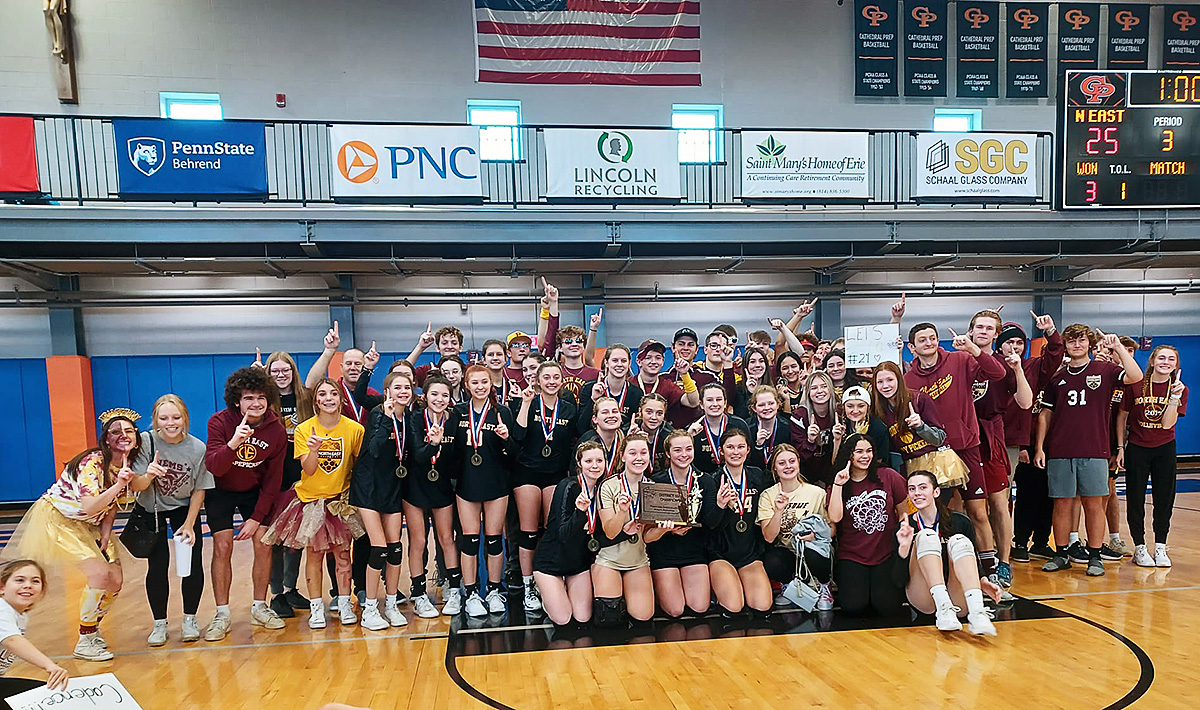 Jones finished with 18 kills and eight digs, while Forsythe had 13 kills and a block in the win.

A 7-1 run late in the first set gave the Pickers set point. Corry was able to extend the set, but Forsythe put it away with a strong kill to give North East a 1-0 lead in the match.

The second set was evenly played to an 18-18 tie. North East was able to get three straight to take a 21-18 lead. Corry kept it within three and served trailing 23-20.

Madisyn Szymanowski passed it to Jones whose pass looked like it was going to fall between a pair of Pickers. Delaney Prather stepped in at the last minute and sent the ball toward the net. The ball hit the top of the net, rolled over, and dropped to the floor to give North East a 24-20 lead.

After a lengthy volley on set point, Grace Sanfilippo set Forsythe who hammered the kill to give North East a 2-0 match lead.

Neither team led by more than three points in the third set as they played to a 23-23 tie. Briell King tipped one over the net to give the Pickers match point.

Corry got into system, but Makenna Moore’s attack hit the antenna and North East celebrated its first D10 title.

Prather finished with seven kills and King added five kills and five digs. Szymanowski had 10 digs and Sanfilippo ran the offense with 37 assists and 10 digs.

Both teams advance to the PIAA tournament and will play a first-round game on Tuesday. Corry will face WPIAL champion Freeport, while North East gets WPIAL runner-up Shenango. Times and locations will be announced at a later date.

*(Editor’s note: an earlier version of this story incorrectly listed the first round games as being on Thursday. It has been corrected to reflect the correct day.)

Bradford Soccer Teams Earn Dramatic PIAA Subregional Wins
Maplewood Turns in Flawless Effort to Beat Cochranton for D10 Class 1A Volleyball Championship
This website or its third-party tools process personal data.In case of sale of your personal information, you may opt out by using the link Do not sell my personal information.
×
Manage consent