McDowell Powers Past Butler for District 10 Class 6A Crown 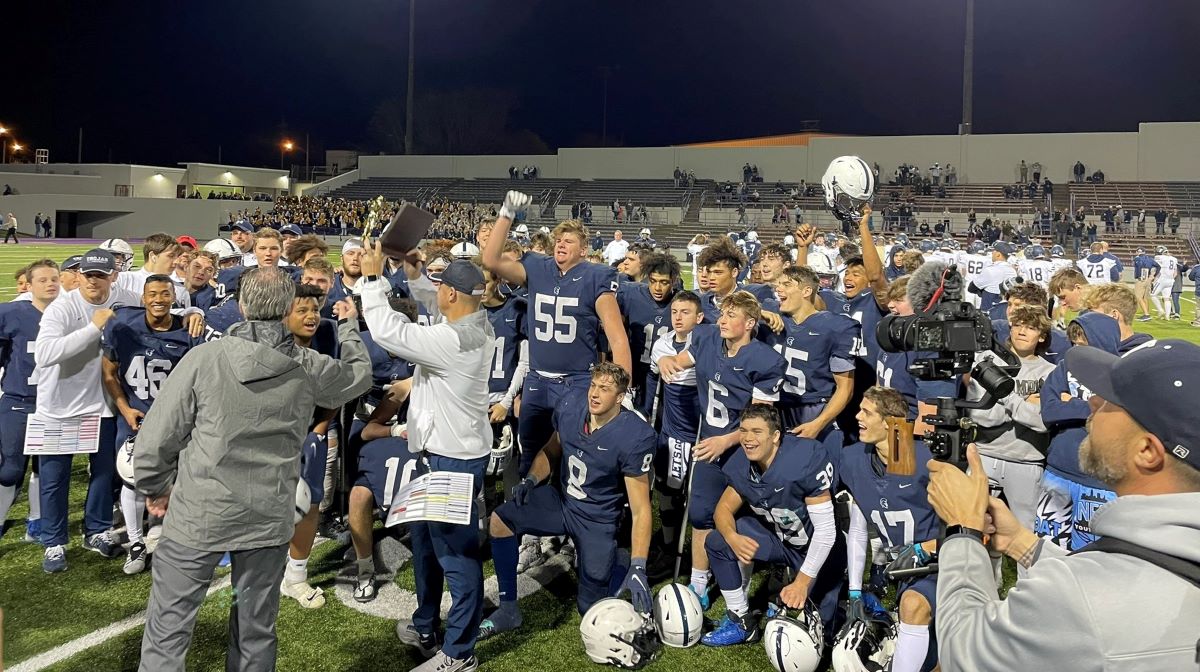 Five different McDowell players scored rushing touchdowns, led by Artis Simmons’ three as the Trojans raced past Butler, 62-7 for the Class 6A championship.

It’s the fifth straight crown for McDowell (including the 2020 COVID year when they won by forfeit).

The Trojans beat the Golden Tornado 48-24 two weeks ago, and this one was all Trojans immediately.

Simmons got the scoring going with a 38-yard touchdown run, but Butler responded with a 23-yard Mac Schnur to Landon Lacy.

The next 55 points and the game belonged to McDowell.

Simmons, who finished with 110 yards on the ground, scored all three of his touchdowns in the first quarter, including runs of 2 and 7 yards.

The passing game got into the scoring act in the second quarter, with Ben Moore connecting with Ray Jackson on a 34-yard touchdown pass. It was part of a big game for Jackson, who also had an interception on defense.

Bobby Blue scored on an 11-yard touchdown run to make it 35-7 Trojans at the half.

It was the Stephon Porter show in the second half, as he returned the second-half kickoff 75-yards for a touchdown and also added a 17-yard touchdown run.

Moore finished with 174 yards through the air and the touchdown and also had 79 yards on the ground. Jackson had four receptions for 92 yards and a touchdown.

Defensively for McDowell, Christian Santiago had two tackles for loss and a sack, while Myers also had an interception.

Up next for McDowell is District 8 champion Allderdice in a PIAA subregional next week at a site and time to be determined. The two teams met in the same round a season ago, a 27-13 win for McDowell.

Clean Sweep: South Teams Win All Four District 10 Class 3A Quarterfinal Games
Back-to-Back: Simmons, Meadville Take Early Punch, Race Past Corry for D10 4A Title
This website or its third-party tools process personal data.In case of sale of your personal information, you may opt out by using the link Do not sell my personal information.
×
Manage consent