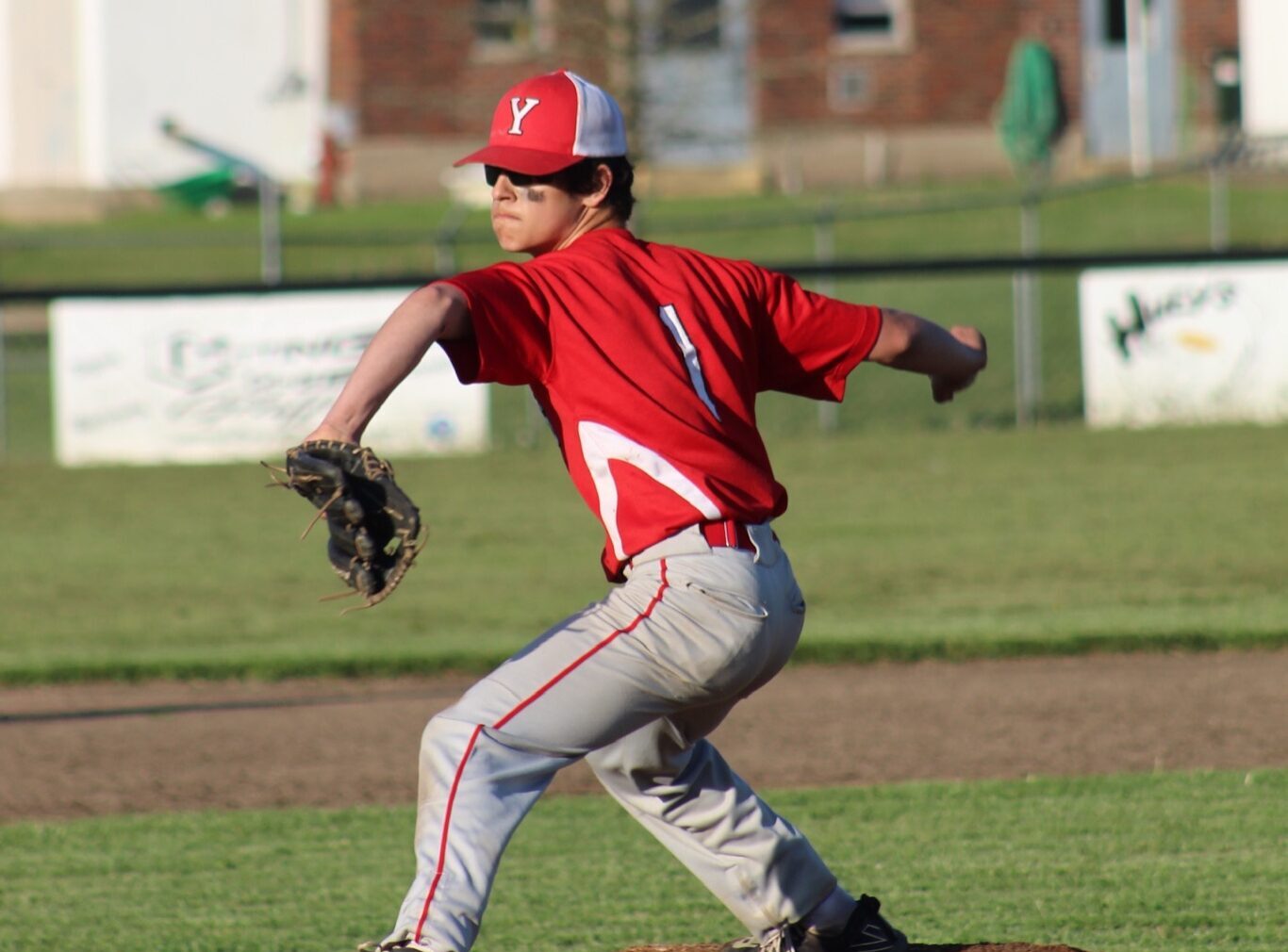 YOUNGSVILLE, Pa. – James Johnson scampered home with the game-winning run on a passed ball in the bottom of the seventh to lift Youngsville to a 3-2 win over Cochranton.

The two teams battled throughout in a potential D10 Class 1A playoff preview, as Cochranton scored in the first on Wyatt Barzak came home on a passed ball, only to watch as Youngsville tied it up in the second inning on Nate Lucks’ steal of home.

Jakobe Petachi scored on a passed ball in the fifth to give Youngsville the lead, with Cochranton tying the game in the sixth on an error.

Johnson was strong in getting the complete-game win, allowing one earned run on six hits, striking out seven, and walking three.

Andrew Albert allowed a run in an inning of relief to suffer the loss. Barzak was dominant in a no-decision, allowing one earned run on five hits, and striking out 15.

RUSSELL, Pa. – Bryce Kania went 4-for-5 with a triple, four RBIs and five runs as Cambridge Springs powered past Eisenhower, 17-5.

Brock Cunningham drove in three runs for the Blue Devils, who scored in every inning but the fifth. Nathan Held was 2-for-5 with two RBIs, while Alex Dubet was 3-for-5 with an RBI and Owen Riley 3-for-4 with three runs.

Held got the win, pitching a scoreless inning.

Andrew Swartzfager tied the game, 2-2 on a two0run double, while Ethan Adams gave them the lead for good with an RBI double.

Luke Tubbs also had an RBI for the Eagles.

Dylan McElhinney was strong in getting the complete-game win. He allowed just two runs on four hits, struck out five and walked one, throwing 64 of his 98 pitches for strikes.

Jason Stanek took the loss, allowing five runs on six hits in 5 ⅓ innings, striking out one and walking two.

Shaffer allowed just one run on five hits, striking out nine and walking one before reaching his pitch limit.

The Panthers scored two runs in both the third and seventh innings in the win. Shaffer was 3-for-4 with two RBIs, while Zach Balog was 2-for-4 with an RBI and Dustin Nearhoff 2-for-3 with two runs.

Isaac Clayton was 1-for-3 with an RBI for the Orioles.

JAMESTOWN, Pa. – Colt Smith’s RBI single in the bottom of the sixth broke a 4-4 tie and lifted Jamestown to a 5-4 win over Reynolds.

Peyton McElhinney also walked twice and scored a pair of runs for the Muskies.

David Gibson, Rizzo, Aden Bulger, Courtwright, and Jacob Babo all had one RBI each for North East, while Tommy Owens had two hits and scored two runs.

WEST MIDDLESEX, Pa. – Slippery Rock scored 10 runs in the second and third innings and eight more in the fifth in a 19-4, five-inning win over West Middlesex.

The Rockets had 13 hits and took advantage of nine errors by the Big Reds.

Ryan Double got the win, allowing four runs in four innings on two hits, striking out four, and walking seven.

FAIRVIEW, Pa. – In the completion of a suspended game, Franklin scored four runs in the fourth inning on its way to a 7-4 win over Fairview.

Caleb Doyle was 2-for-4 with a double and three RBIs for Franklin, while Carson Wible and Luke Guth had one RBI each.

Zach Boland got the win, allowing one unearned run in two innings, striking out three, and allowing one hit and two walks.

Brady Baker was 0-for-2 with two RBIs for Fairview.

May 17, 2022 D9/D10 Baseball/Softball Scores Powered by the BHL Sportsperson of the Year Award
May 17, 2022 D10 Softball: Union City Captures Third Consecutive Region 2 Title; GM Edges McDowell
This website or its third-party tools process personal data.In case of sale of your personal information, you may opt out by using the link Do not sell my personal information.
×
Manage consent