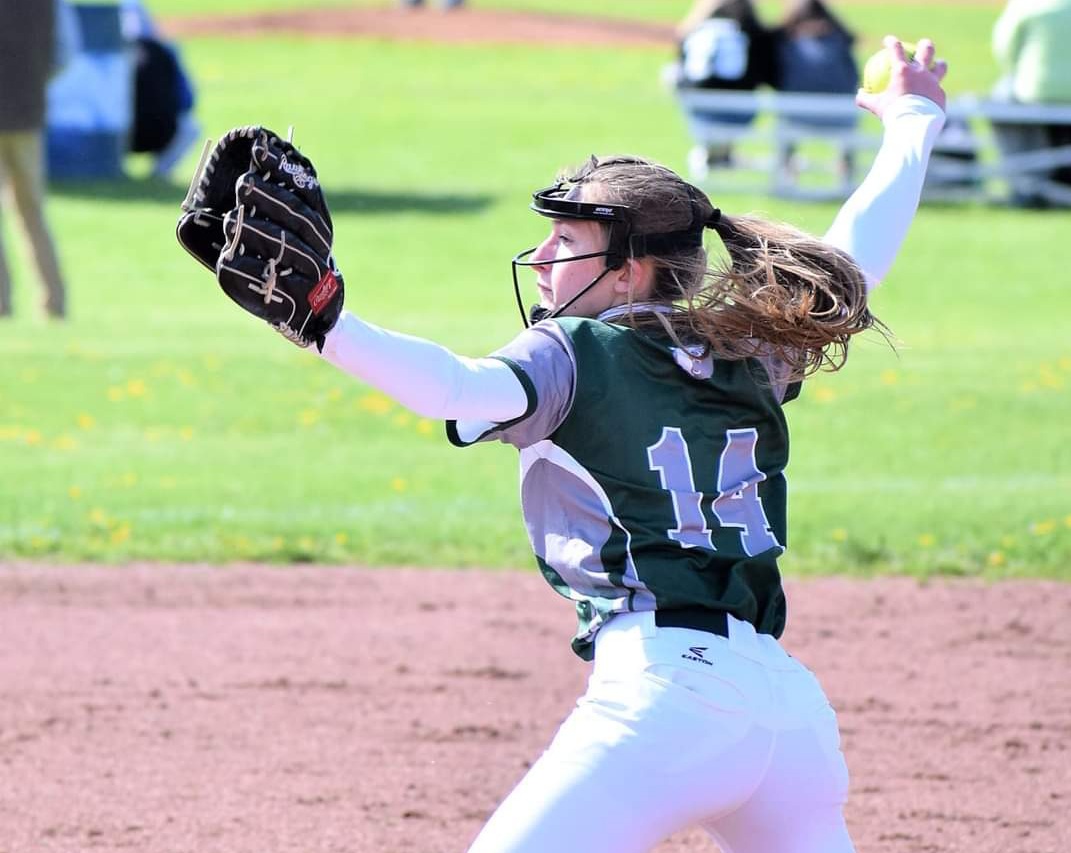 Zielenski was 3-for-3 with two runs, while Cathryn Reynolds was 2-for-4 with a run.

Abby Tingley had another dominant outing in the circle. The senior allowed just five hits, struck out 10, and walked two.

WARREN, Pa. – Warren scored four runs in the first inning and never looked back in a 9-2 win over Elk County Catholic.

Kylie Fehlman went 2-for-3 with a double and three RBIs for the Dragons, while Alix Lytle was 1-for-4 with two RBIs and two runs, Katie Madigan 2-for-4 with a run, Carly Beers 2-for-4 with two runs and Emily Davidson 1-for-2 with an RBI.

Mourer and Syd Alexander had RBIs for the Crusaders.

NORTH EAST, Pa. – North East scored in every inning, including eight runs in the fifth of a 20-9, five-inning win over Northwestern.

Prather got the win, with all of her run allowed unearned. She scattered 10 hits, struck out nine, and walked two.

Cannon allowed just three hits and one walk. She was also 2-for-3 at the plate with a run, while Lilli Mook had an RBI.

Haley Sissem had a pair of hits for the Trojans.

Jenna Wagner got the win, allowing three runs on five hits, striking out six without issuing a walk.

Wise went 2-for-3 and Eliza Harrington drove in a run for the Eagles.

HERMITAGE, Pa. – Syndi Hoobler, Trinity Edge, and Brandy Atwell each had an RBI as Franklin earned a 7-5 win over Hickory.

Hoobler belted a triple, while Rylee Hanna had a double, and Atwell and Edge each scored a pair of runs.

Edge got the win, allowing five runs on five hits and seven walks, striking out seven.

Layla McClung went 2-for-3 with a double and two RBIs for Hickory.

Hanley recorded 17 of her 21 outs via strikeout and walked just one.

Washil got the win, allowing four runs on seven hits, striking out four without issuing a walk.

Rylie Eaton had a big game in the loss for Grove City, belting two home runs and driving in all four of Grove City’s runs in the process.

Freyermuth had four hits, scored four runs, and had six RBIs, while McGill had four hits, four RBIs, and three runs. Carly Richter was also 3-for-4 with three runs, as Cochranton had a total of 20 hits.

Taytum Jackson got the win, allowing four runs in five innings on seven hits while striking out five.

Paige Cresswell took the loss. She also homered and drove in a pair of runs for the Orioles.

ERIE, Pa. – Aubrey Hammill homered and drove in three runs and Rylie Currier was 1-for-2 with four RBIs as Seneca powered past Mercyhurst Prep, 18-1 in three innings.

The Bobcats scored seven runs in both the second and third innings.

Julia Patterson was 2-for-2 with three runs and an RBI, while Helen Genest was 1-for-2 with two RBIs.

Samantha Primavere tossed two innings and allowed one unearned run in getting the win.

Kurtasia Chester drove in two runs for Sharon, which scored four runs in the first innings and five in the fifth.

Ciana D’Antoni had a big game in the loss, going 2-for-3 with a home run and four RBIs.

May 17, 2022 D10 Baseball: Youngsville Walks Off Against Cochranton; Saegertown’s Shaffer, North East’s Courtwright Dominant in Wins
May 17, 2022 D9 Baseball: Rhoades, Brookville Blank Brockway; Curwensville Sweeps DH; Punxsy Rallies for Win
This website or its third-party tools process personal data.In case of sale of your personal information, you may opt out by using the link Do not sell my personal information.
×
Manage consent