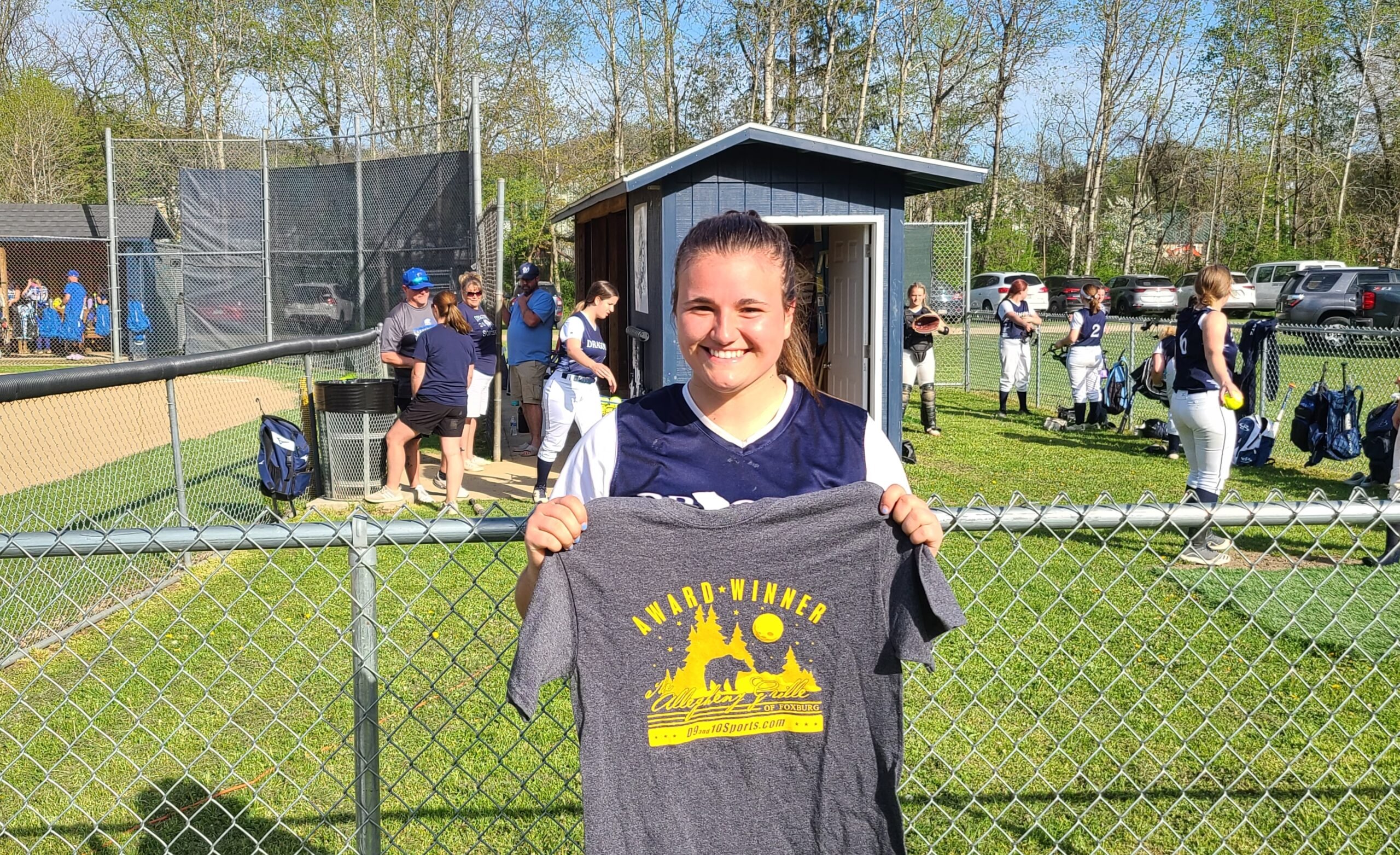 WARREN, Pa. – Alana Stuart delivered a walk-off home run leading off the bottom of the seventh to send Warren to an 8-7 win over Conneaut.

Stuart’s home run capped a back-and-forth affair, with Conneaut taking leads of 5-0 and 6-5 courtesy of a pair of Linda Shephard solo home runs, as well as a three-run double off the bat of Julianna Jacobs.

“I’m proud of her for that,” said Warren coach Carissa Stuart. “She works really hard and she deserved that.”

Stuart was named the Allegheny Grille of Foxburg Player of the Game for her efforts.

“I knew at that point in the game it was still early,” coach Stuart said. “It was just a matter of squaring her (Wise) up. We came through and I knew we would. We took advantage of having runners on. Kylie came up big, she’s been doing that the last couple of games. Our whole lineup’s been doing well.”

Shepherd’s second home run in the fifth inning gave Conneaut a 6-5 lead, but Warren re-took the lead with two runs in the bottom half of the inning on Lytle’s RBI fielder’s choice and Kuzminski’s sacrifice fly.

Conneaut tied the game in the top of the seventh, as Eliza Harrington led off with a single, stole second, went to third on a groundout, and scored on Jaidyn Jordan’s RBI groundout that deflected off of Stuart’s glove.

Erika Shrock took the loss in relief of Brooke Wise, allowing one run in one inning.

Fehlman and Lytle finished with three RBIs each for Warren, while Madigan was 2-for-4 with two runs scored.

Jacobs had three RBIs and Shepard two for Conneaut, while Wise, Harrington, and Juliana Jacobs.

“We’re playing good,” coach Stuart said. “There’s definitely some things we need to tune up defensively and work on. We haven’t really had the chance, playing so many games in a row. But when we get some time before the playoffs we’re going to work on some of that stuff. I think we’re gelling really good. I think we’re right where we need to be right now.”

CONNEAUT, OHIO – Hannah Wieczorek went 4-for-5 with a double and six RBIs as Seneca earned a 26-4, five-inning win over Conneaut (Ohio).

The Bobcats scored nine runs in both the first and third innings, collecting 20 hits in the process.

Konkol got the win, tossing three shutout innings, striking out six, and allowing just one hit.

Kaitlyn Bean was 2-for-3 with two RBIs for Conneaut.

North East scored in every inning but the second in the win. Amelia Svetz was 3-for-5 with three runs, while Post also had three hits and scored two runs.

Alex Cozzens got the win, striking out 11 and allowing one earned run in seven innings.

May 11, 2022 D9/D10 Baseball/Softball Scores Powered by the BHL Sportsperson of the Year Award
May 11, 2022 D10 Baseball: Meadville Hands Hickory First Loss; Sharon Hits Two Slams in Win; McDowell Blanks Harbor Creek
This website or its third-party tools process personal data.In case of sale of your personal information, you may opt out by using the link Do not sell my personal information.
×
Manage consent