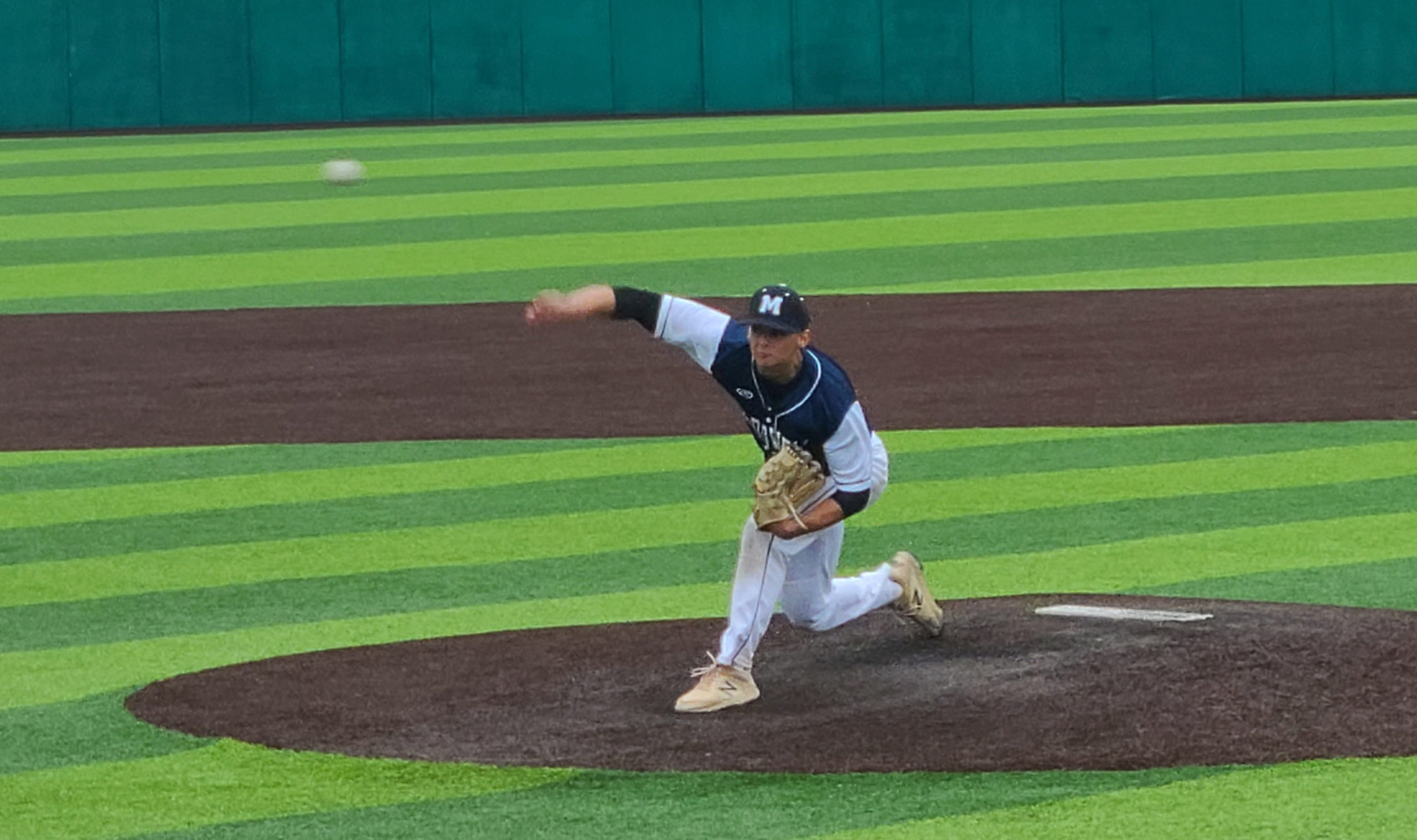 MEADVILLE, Pa. – Jordan Young’s two-run home run in the bottom of the sixth inning lifted Meadville to a 4-3 victory over Hickory, handing the Hornets their first loss of the season in the process.

Walker also got it done at the plate, belting a solo home run to open the scoring in the third inning, with Owen Garvey hitting an RBI single later in the inning.

Hickory took a 3-2 lead in the fifth on Luca Bertalsio’s two-run home run after Joey Fazzone had made it 2-1 in the fourth on a sacrifice fly.

The blasts came in support of Mark Cattron, who allowed just two hits, striking out six in a shutout win.

Jason Stanke, Peyton Koss, and Dante Currie also had one RBI each for the Tigers.

TITUSVILLE, Pa. – Kameron Mong’s two-run home run off of Luke Guth in the bottom of the sixth lifted Titusville to a 4-3 win over Franklin.

Franklin scored two runs in the first inning, with Titusville tying the game in the second inning.

Carson Wible’s home run in the third inning gave Franklin a 3-2 lead. Wible finished with a pair of RBIs, while Aidan McCracken was 2-for-3 with an RBI.

Caden Blakeslee and Ashton Burleigh also had RBIs for the Rockets.

HERMITAGE, Pa. – Lakeview scored a pair of runs in the top of the seventh inning to earn a 10-8 win over Kennedy Catholic.

Owen Dye came across to score on an error in the seventh, which was followed by an RBI double off the bat of Jackson Gadsby.

Kennedy Catholic scored six runs in the fourth inning to take an 8-5 lead, with Lakeview rallying to tie the game with three runs in the fifth.

Ted Shillito got the win, allowing eight runs (six earned) in six innings, scattering 13 hits, and striking out 11 without issuing a walk.

Thomas Malvar went 4-for-4 with two runs for Kennedy Catholic, while Davey Cochenour was 1-for-4 with three RBIs, Dom Rapp 1-for-3 with two RBIs, and Remington Hart 3-for-4 with a run scored.

Hamilton struck out three and walked one.

Eight of the nine hitters in the McDowell lineup recorded at least one hit, as they scored six runs in the second inning.

COCHRANTON, Pa. – Eight of the nine hitters in Cochranton’s lineup recorded a hit in a 14-4, five-inning win over Eisenhower.

Derek Childs was 2-for-2 with two RBIs for the Knights, while Garrett Jensen and Brok English were both 1-for-3 with a run scored.

In the frame, Kamden Martin had a two-run double, Luke Tubbs singled on a play where John Hake came around to score on an error and Ethan Orr had an RBI single

Landon Haggart went 3-for-4 for the Eagles with three runs and an RBI, while Coldan Barr homered and drove in two runs and Orr had a pair of hits.

For Oil City, Jacob Teeter was 2-for-4 with three runs, while Mike McFarland, Connor Highfield and Charlie Motter each had an RBI and Will McMahon had three hits.

EDINBORO, Pa. – General McLane erupted for 11 runs in the third inning in a 13-6 win over Fort LeBoeuf.

The big blow came courtesy of Dylan Sheeder, who belted a grand slam, part of a 2-for-4, 5-RBI effort for Sheeder. Henry Salvo also drove in a pair of runs for the Lancers and Ross Morrow had two hits and an RBI.

Ryan Daum went 1-for-3 with an RBI and two runs for LeBoeuf.

GIRARD, Pa. – Fairview scored eight runs in the second inning on its way to a 15-10 win over Girard.

Fiolek got the win, allowing one run in 2 ⅔ innings of relief, striking out four.

Girard collected 16 hits in the loss. Carson Stevens drove in three runs, while Drew Huntley and Ashton Johnson drove in two each.

JAMESTOWN, Pa. – Mercer scored all 21 of its runs in the final four innings in a 21-6, 6-inning victory over Jamestown, including nine runs in the sixth.

Julian Lawrence went 2-for-4 with a double and four RBIs for Mercer, while Jake Mattocks, Ayden Ryhal, Alex Dupuis, and Chris Oehlbek and two RBIs apiece.

TRANSFER, Pa. – Wilmington picked up wins 11 and 12 on the season with a doubleheader sweep of Reynolds.

Heller got the complete-game win, allowing just one hit and striking out 12 without issuing a walk.

In Game 2, the Greyhounds built a 4-0 lead after three innings en route to the win.

Isaac Schleich got the win, tossing a three-hitter, striking out eight, and walking three.

Jake Manendo tossed 6 ⅓ strong innings to get the win, striking out 13 and allowing just three hits and two walks before reaching his pitch limit. Learn finished off the win.

Anthony Rizzo was 1-for-3 with an RBI.

Aden Bulger took the loss in a complete-game effort. Bulger struck out 11 and allowed just one earned run on three hits and one walk.

Andrew Malec got the win, allowing two runs in four innings on five hits, striking out eight, and walking two.

J.T. Blum had two hits for Warren, while Eric Dippold and Owen Blum had one RBI each.

The big blow came courtesy of James Thomas, who belted a three-run home run in the sixth. Jack Leipheimer was 2-for-3 with a double and an RBI, while Brock Lenzi and Carter DeJulia each drove in a run.

Lenzi was dominant on the mound, allowing just two hits in his shutout win, striking out 11 and walking just one.

Richie Preston took the loss, allowing one run in 5 ⅔ innings on four hits, striking out seven, and walking three.

YOUNGSVILLE, Pa. – Youngsville suffered a pair of losses, dropping a 17-8 defeat to Maplewood, followed by a 15-5 setback to Saegertown in the completing of a previously suspended game.

Matt DeSimone went deep for the Eagles, part of a 3-for-4 effort that saw him score three runs, while James Johnson was 2-for-5 with two runs, Keagan Mesel 2-for-2 with two runs and two RBIs, and Ethan Senz 2-for-3.

In a game that was completed on April 11, Saegertown scored 11 runs in the fourth inning in a 15-5, five-inning win.

Wyatt Dalrymple drove in a pair of runs for Youngsville.

Offensively for the Blue Devils, Brock Cunningham was 1-for-2 with three RBIs and two runs, while Brock Kania was 3-for-4 with an RBI and Alex Dubet 1-for-4 with two RBIs.