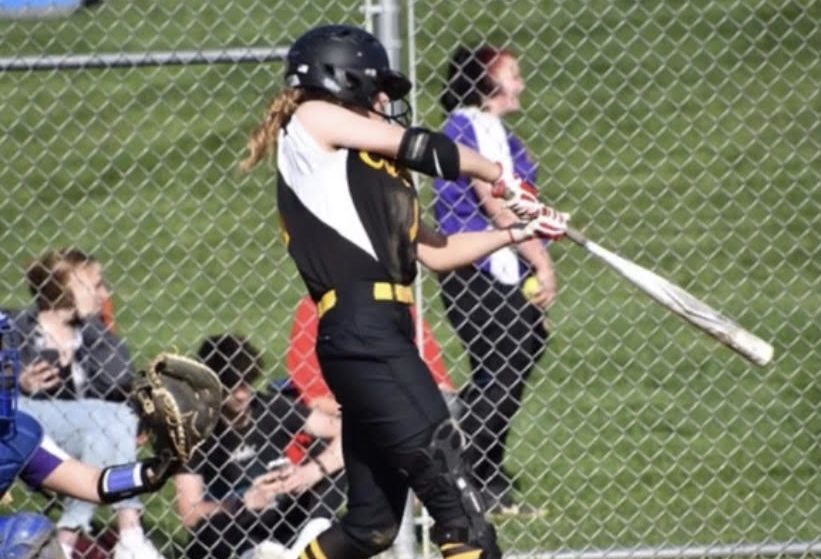 GREENVILLE, Pa. – North East erupted for eight runs in the sixth inning in a 9-5 win over Greenville.

Nick Solderich went 1-for-3 with a double and a pair of RBI for Greenville, while Riley Kneeland, Bennett Hayne and Bryce Stubert also had RBIs.

Francisco Domingues took the loss, allowing one run one hit and three walks in two innings of work.

WEST MIDDLESEX, Pa. – Sharon scored five run in the first inning and never looked back in a 12-1 win over West Middlesex.

Peyton Koss had three hits as the Tigers scored three runs in the fourth and three more in the fifth inning to put the game away. Every starter in the Sharon lineup recorded at least one hit.

Devin Gruver had the lone RBI for West Middlesex. Richie Preston took the loss, allowing five runs in his inning of work on five hits, walking one and striking out two.

SHARON, Pa. – Miranda Metro had a pair of hits and an RBI as Sharon knocked off Jamestown, 6-2.

Kiley Matters went 2-for-3 with an RBI for the Muskies.

Saylor went 1-for-3 with a run scored and a walk, while Eaton had two doubles and two runs scored.

Maya Kirk, Abby Geiger and Morgan Eaton all had multiple hits for the Eagles.

Kirk got the win, allowing two run in four innings. She surrendered four hits on two walks, striking out one.

WEST MIDDLESEX, Pa. – A three-run home run in the fourth inning by Alaina Bowers proved to be the big blow as West Middlesex knocked off Lakeview, 8-5.

The Big Reds scored three run in the first inning, coming on a 2-run single off the bat of Lillie Holt and an error.

Kaylee Long got the win in relief for the Big Reds, allowing four runs (one earned) on six hits, walking three and striking out seven.

Zoe Proper had two hits and drove in a pair of runs for the Sailors, while Reagan Booher had three hits and an RBI.

HERMITAGE, Pa. – Kaitlyn Gilliant drove in four runs for Hickory, but it was visiting Brookfield (Ohio) that came away with a 6-5 victory.

Brookfield broke open a 4-4 tie with a pair of runs in the top of the sixth.

Hickory tried to stage a rally in the seventh, as Kendra Koerth belted a solo home run with one out, followed by a walk to Hallie Miller, who advanced to second on a groundout, but Brookfield was able to get out of the jam to preserve the win.

Wilmington scored 11 runs in the first inning and 12 in the second inning.

Peterson got the win, tossing three innings and allowing just one hit while striking out six.

March 30, 2022 D9/10 Baseball/Softball Scores Powered by the BHL Sportsperson of the Year Award
March 30, 2022 D9 BB/SB: Snyder Tosses 1-hitter for DuBois SB; Brockway Baseball Edges ECC
This website or its third-party tools process personal data.In case of sale of your personal information, you may opt out by using the link Do not sell my personal information.
×
Manage consent