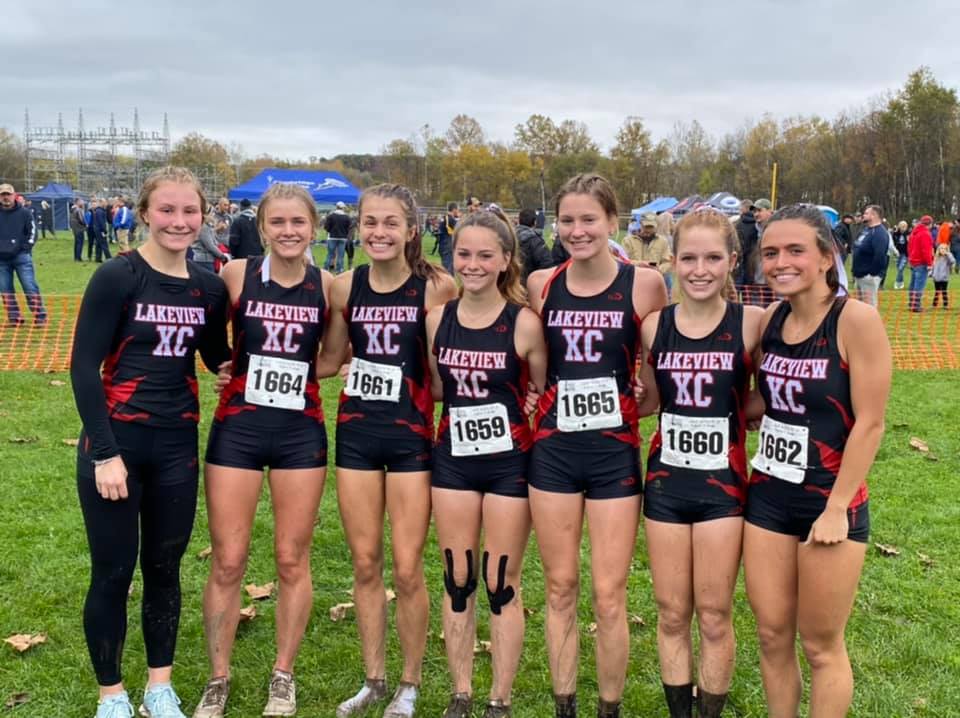 TITUSVILLE, Pa. – The Lakeview (Class 1A) and Villa Maria (2A) girls and Rocky Grove (1A) and Grove City (2A) boys captured District 10 team cross country championships on Saturday at the Ed Myers Complex.

The second-place teams also qualify for the PIAA championships next Saturday at Hershey.

Grove City’s Josh Jones won the Class 2A boys race in a time of 16:55.0, as the Eagles swept the top three spots (MJ Pottinger, Caleb Hawke).

Allderdice won both the 3A boys’ and girls’ subregional, with the boys edging McDowell 26-29 and the girls finishing with 29 points to DuBois 39. Allderdice’s Ruthie Haworth (19:50) won the girls race and Allderdice’s Jack Barnhisel the boys’ race (17:19.2).

Complete results for all the District 10 races can be found here.

Watch/Listen Live: Eisenhower vs Saegertown D10 Class 1A Football Quarterfinal Powered by the Eisenhower Football Boosters
Cranberry Boys, Girls; St. Marys Girls, DuBois Boys Win D9 XC Titles
This website or its third-party tools process personal data.In case of sale of your personal information, you may opt out by using the link Do not sell my personal information.
×
Manage consent