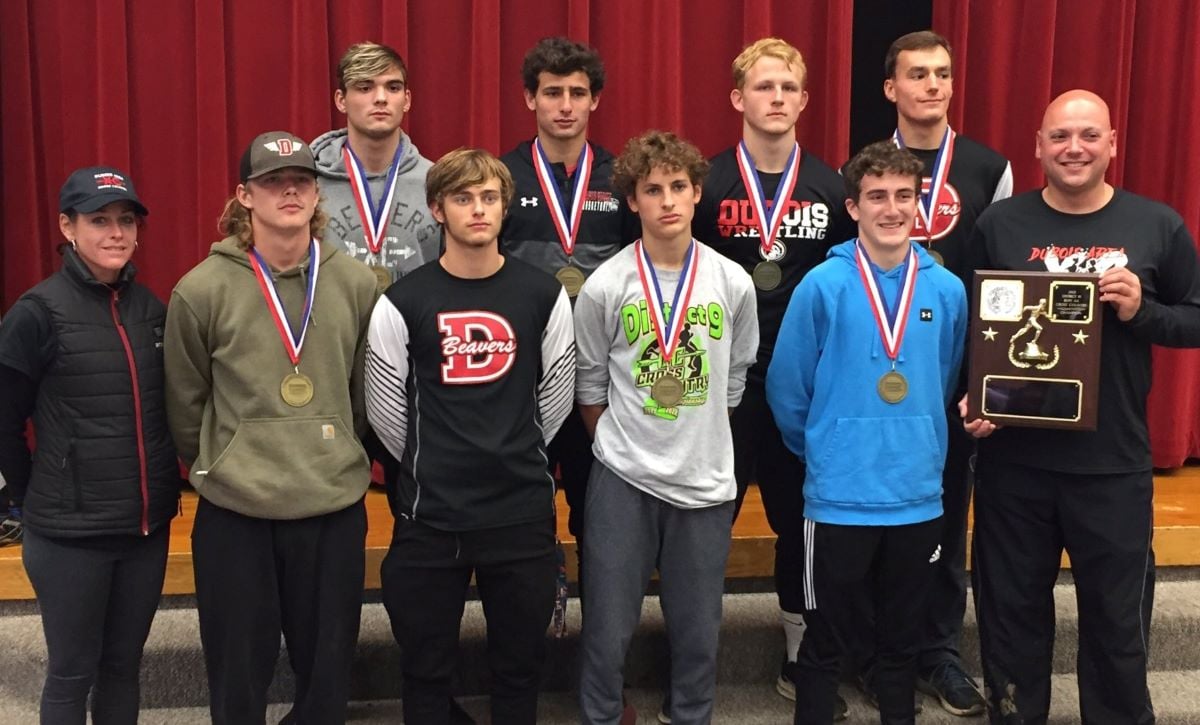 RIDGWAY, Pa. – The Cranberry boys’ and girls’ cross country teams swept the Class 1A championships, while the St. Marys girls and the DuBois boys won the Class 2A titles Saturday in Ridgway.

It was the second straight individual title for Gregory, while the Cranberry boys, St. Marys girls, and DuBois girls all defended titles from a year ago.

All seven runners on both squads qualify for the state meet.

Brookville took third in the team race with a score of 99.

Gregory, meanwhile, captured her second consecutive D9 title running a time of 20:25, a pace of 6:35 for the senior.

The D9 individual qualifiers for the PIAA state meet in girls’ Class 1A. Photo by Diane Lutz

Full Class 1A girls’ results can be found here

Putting all seven of its runners in the Top 20, including its top five in the Top 14, Cranberry beat second-place ECC, 52-60, to capture the Class 1A boys’ title. Clarion-Limestone finished third with a score of 113.

Sherry, a sophomore, was 21 seconds ahead of Woolcock in capturing the title in a time of 17:36.

The District 9 boys’ individual qualifiers for the PIAA meet. Photo by Diane Lutz

Full Class 1A boys’ results can be found here.

In a tight 2A race, St. Marys continued its dominance by edging out second-place Punxsutawney, 41-43. Bradford was third with 49 points.

Pistner, only a freshman, captured the title in a time of 20:30 and was one of three Lady Dutch in the top six.

Full Class 2A girls’ results can be found here.

Thanks to all five scoring runners finishing in the Top 16, DuBois topped second-place Punxsutawney, 46-52, for the crown. Bradford was third with 67 points.

Bradford’s Diaz, a junior, was an easy winner over Punxsutawney’s Eric Surkla, a senior, running 17:19 to Surkala’s 18:00.

Full Class 2A boys’ results can be found here.

The PIAA meet will be Nov. 6 in Hershey.