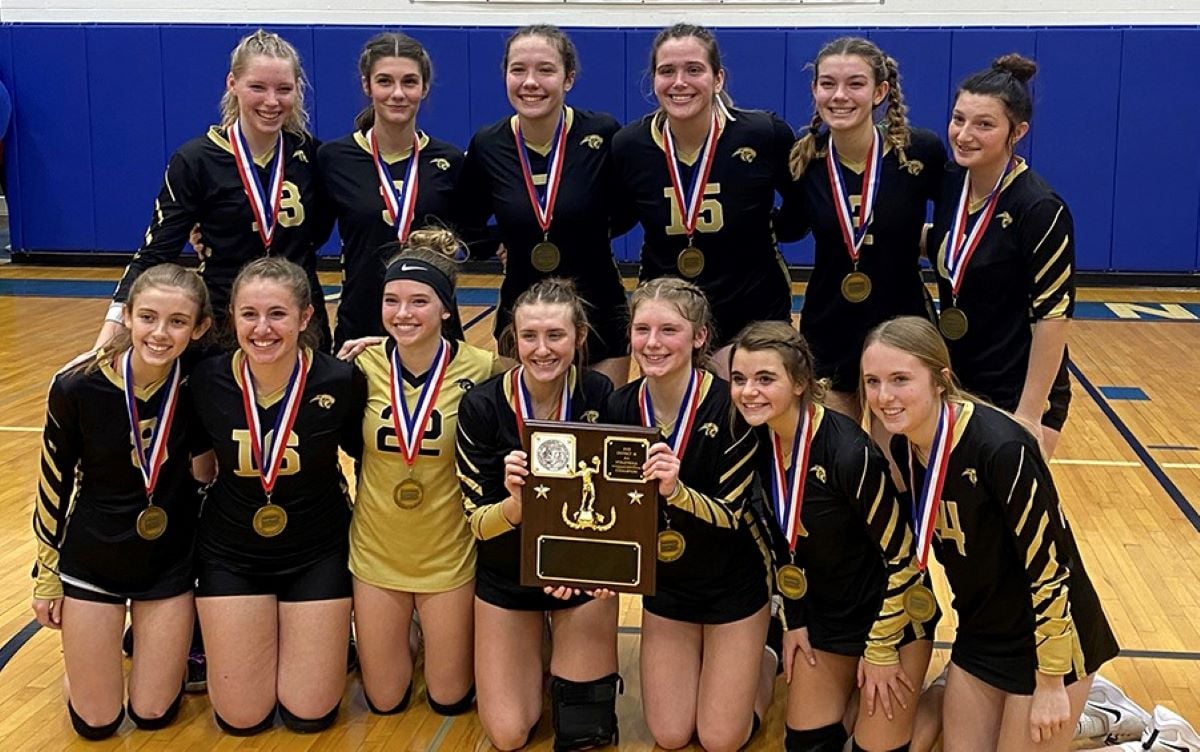 He was a sophomore at his alma mater way back in 1992.

After splitting its regular-season matchups with defending champion Redbank Valley after losing to the Lady Bulldogs in last year’s Class 2A final, Keystone dominated its way to a three-set, 25-17, 25-16, 25-14, sweep at A-C Valley High School Thursday night.

“They set their minds that we’re going to get back (to the final), we lost three seniors, and they felt that they had a good enough core, and they got some game experience,” said Mong. “This is what they wanted. This is what drove them all year, so it’s good for them to come back and get it.”

Next up for newly-crowned champions is the PIAA playoffs and a trip to District 5 on Tuesday to take D5 champion, Bedford, at Bedford High School. It will be Keystone’s first trip to the PIAA playoffs since winning the D9 2A title in 1992 and just the third in school history (Keystone was the 3A D9 champions in 1978 and the runner-up in 2A in 1982).

The Lady Panthers (17-4) controlled the tempo, and obviously the scoreboard, as they jumped out to a 10-3 first-set lead before holding off a Redbank Valley rally.

“This a momentum game,” Mong said. “I’ve said it so many times. And you know, we had a great crowd that the kids really pushed to come and have support. I think last year when we went to Redbank, it kind of put us off and we had first-game jitters. This had more of a home-court feel for them and they just took the energy and ran with it.”

In the second set, a 7-0 run in the middle of the set gave the Lady Bulldogs a 12-9 lead, but Keystone stormed back and scored the final seven points to take a 2-0 lead. Then the Lady Panthers led most of the third set to complete the sweep.

Redbank Valley (10-7) won a five-setter in early September and three weeks later, it was Keystone winning a four-setter at home.

“We knew what we were up against and (Alivia) Huffman is a great girl on the outside and we were trying to focus on changing some things up on coverages, but that was very nice to get that convincing of a win for us,” Mong said.

Huffman had limited opportunities at the net as she finished with five kills and two blocks.

Conversely, it was a balanced attack on the other side of the net as Leah Exley led the attack at the net with 12 kills to go along with five digs. Sydney Bell finished with six kills, six service aces, three blocks, and two digs while Jozee Weaver had six digs, five kills, and three aces. Natalie Bowser had four blocks, one kill, and six assists.

“(Keystone) outplayed us when it comes down to it,” Lady Bulldogs head coach Ashley Anderson said. “Our offense wasn’t what it could have been and it just comes down to them outplaying us offensively and defensively.”

Dodd’s Penalty Kick in Overtime Sends Karns City Girls to Class 2A Title
Perfection is the Name of the Game for Clarion Volleyball Seniors in District 9
This website or its third-party tools process personal data.In case of sale of your personal information, you may opt out by using the link Do not sell my personal information.
×
Manage consent