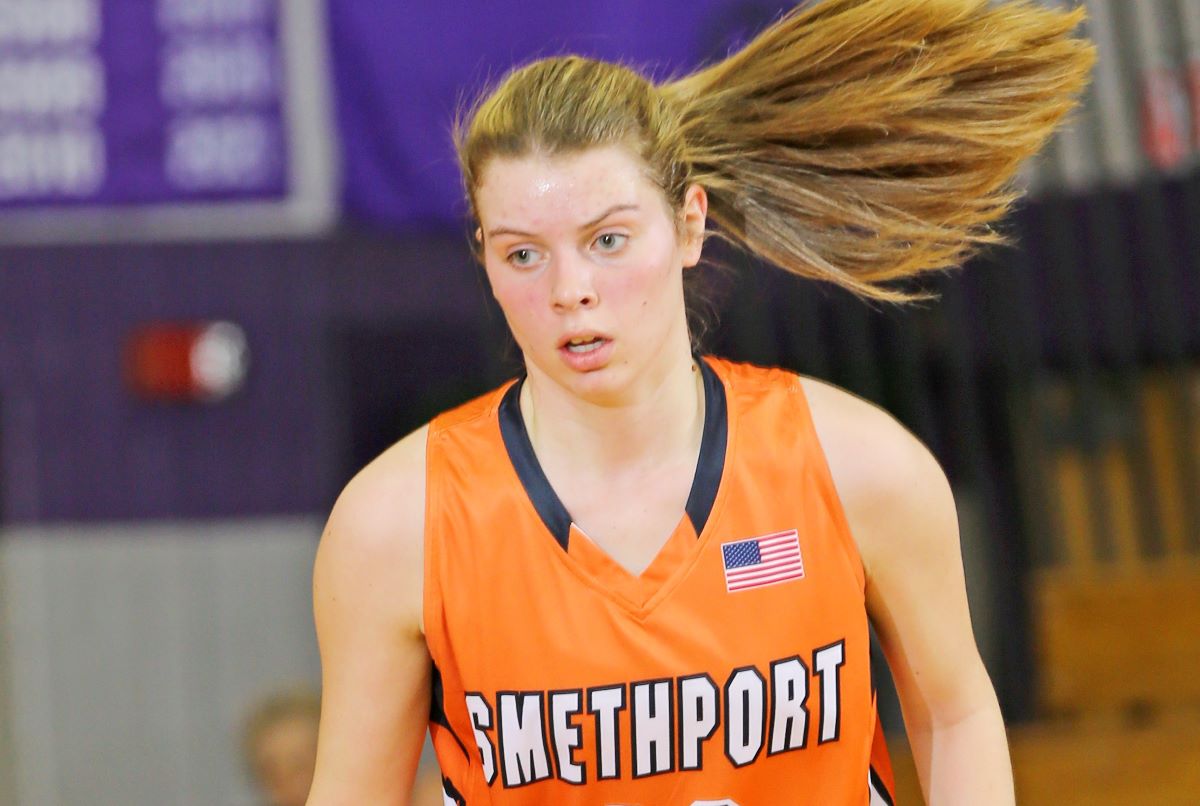 Elizabeth Hungiville had 16 points and 15 rebounds in Smethport's win over Galeton Friday. Photo by Paul Burdick. Check out more of Burdick's work here

SMETHPORT, Pa. – Strong first and third quarters allowed Smethport to hold off a late charge from visiting Galeton and pick up a 37-34 win in NTL play.

The Lady Hubbers outscored Galeton 10-2 in the first quarter but led by just one, 14-13, at halftime before outscoring the Lady Tigers 14-4 in the third quarter to take a 28-17 lead.

But behind eight points from Allie Macensky and seven from Olivia Rohrbaugh, Galeton charged back in the fourth quarter to make a game of it.

Elizabeth Hungiville had a monster double-double for Smethport with 16 points and 15 rebounds while adding three steals.

Lacy Klawuhn added 11 points for the Lady Crusaders while Emily Mower had a team-high 10 rebounds to go with two points.

JOHNSONBURG, Pa. – Julie Peterson scored 11 points, came away with four steals, and handed out two assists to lead Ridgway to a 37-28 road AML win over Johnsonburg.

Katie Sheeler hit four first-quarter 3-pointers and scored 19 of her game-high 22 points in the opening stanza to pace the Lady Terrors.

Anna Merry added seven first-quarter points on her way to a 13-point night, while Bri Heller chipped in 10 points and Brooke Close eight.

Also reaching double digits in the win was Bel Porterfield with 12.

Oliva Fink chipped in seven points for the Lady Falcons who led 28-5 at halftime and had nine different players score.

Mikenna Farabaugh and Aubree Lorenzo each finished with three points for Cameron County.

Jan. 7, 2022 District 9 and District 10 Basketball Scores
Jan. 7, 2022 D10 Boys/Girls Hoops: Franklin Boys Power Past Grove City; Barzak, Cochranton Top Youngsville
We use cookies on our website to give you the most relevant experience by remembering your preferences and repeat visits. By clicking “Accept All”, you consent to the use of ALL the cookies. However, you may visit "Cookie Settings" to provide a controlled consent.
Cookie SettingsAccept All
Manage consent