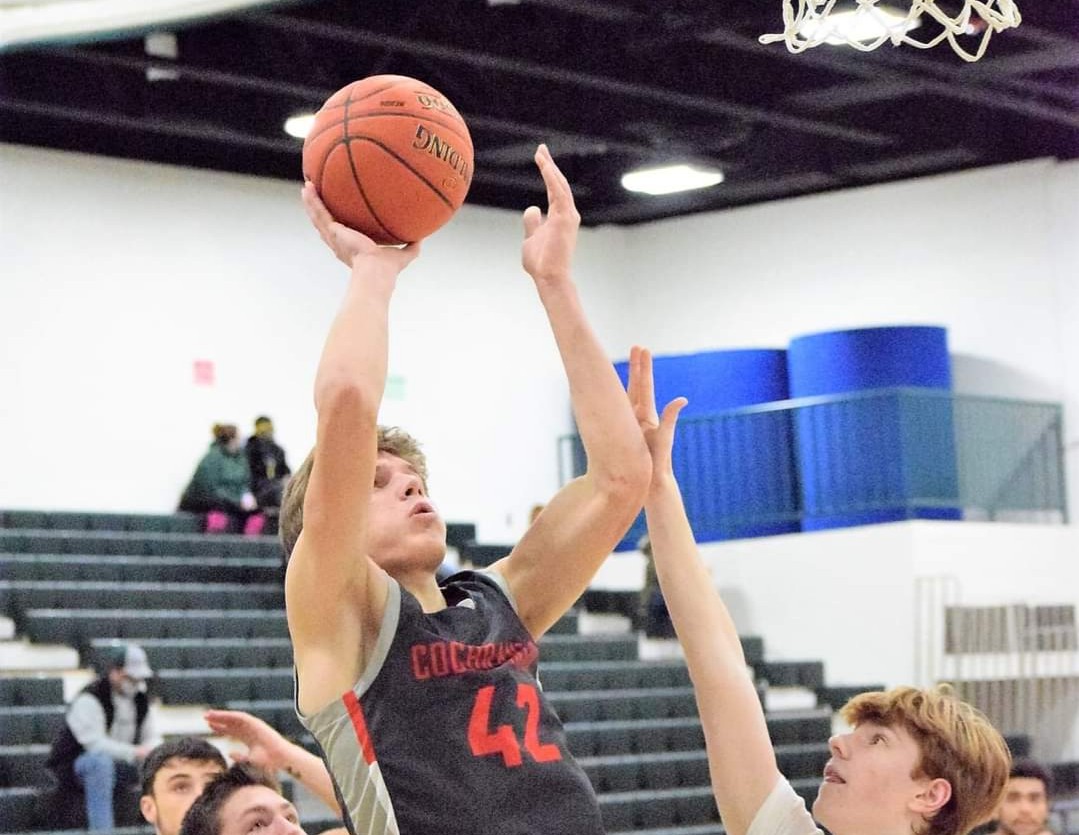 Luke Guth scored 11 of his 16 points in the first half, as Franklin spread the scoring around.

Damon Curry had 10 points for the Knights, as they remained perfect in region play, while Easton Fulmer, Jalen Wood and Cole Buckley netted eight each.

After an 11-11 first quarter, Cochranton outscored Youngsville 9-2 in the second quarter, with the lead growing to 17 in the third.

Youngsville, which got as close as eight in the second half, got 12 points from Koby Hendrickson.

Barzak earned Allegheny Grille of Foxburg Player of the Game honors and talked about the win afterward:

Dawson Carroll had 11 points for the Cardinals and Chase Miller nine.

ERIE, Pa. – Cathedral Prep built a double-digit first-quarter lead on its way to a 50-37 win over rival McDowell.

Tavion Spencer led Prep with 16 points, including 10-of-12 from the free-throw line. Nick Lydic added 15 for the Ramblers.

Luke Chamberlain had 11 points to pace McDowell, while Nick Grimm and Tyler Grove added nine each.

Pryts scored eight of his 20 points in the third quarter as Hickory was able to take the lead after the score was tied at halftime, 24-24.

Aiden Enoch was also in double figures for the Hornets with 14 points.

Jalen Ritzert scored 14 of his team-high 19 points in the first half for Greenville. Noah Philson netted 11 points and Nate Styuvesant nine for the Trojans.

The Dragons led 26-19 at halftime and upped the margin to 11 after three quarters.

Owen Becker netted 14 points for the Dragons, while Tommy Nyquist had 11.

Logan Joncas once again led Corry with 15 points, while Nick Brundage had 11 and Rylan Smith nine.

CAMBRIDGE SPRINGS, Pa. – Cambridge Springs built a 32-17 halftime lead on its way to a 61-44 Region 2 win over Eisenhower.

The Blue Devils got a balanced scoring effort, as Hunter Spaid finished with 12, Nathan Held 10 and Jackson Mumford and Ethan Counasse nine each.

Kael Hunt and Wyatt Lookenhouse tallied 10 points each for Eisenhower, while Kyler Black finished with eight.

LINESVILLE, Pa. – Fairview was in control from start to finish, notching a 67-26 Region 5 victory over Conneaut.

The Tigers built a 41-15 halftime lead en route to the win.

Logan Frazao and James Sitter led a solid all-around effort with 16 and 15 points, respectively, while Zach Scott chipped in with nine.

Connor Perrye and Ryan Richardson had eight points each for Conneaut.

Omar Stewart had 15 points for the Steelers and Malchai Owens 12.

SAEGERTOWN, Pa. – Jaden Wilkins scored 16 points as Saegertown built an early double-digit lead on its way to a 56-29 win over Maplewood in Region 2 play.

Brady Greco netted 13 points for the Panthers, while Isaac Johnson had 11 and Henry Shaffer nine.

John Sabo finished with 19 points and Elam Pyle 12 for the Rockets, who scored 44 points in the second and third quarters.

James Thomas had a big game for Sharpsville with 20 points, while Brock Lenzie added 13 and Mack Staunch 11.

Seneca trailed by three going into the fourth quarter, but outscored the Yellow Jackets 18-7 over the final eight minutes.

Colton Trimble had 11 points and Lucas Rupp 10 for Seneca.

Peyton McElhinney pumped in 23 points and Cam Keyser 19 for the Muskies.

ERIE, Pa. – Conneaut jumped out to a double-digit lead in the first quarter and held on for a 64-61 win over Erie First Christian.

Chase Carpenter led the way for the Spartans with a team-high 17 points, while Chance Loomis had 12 and Larry Hamm 11.

Evan Montefiori had a game-high 20 points for EFC, one of three Eagles in double figures. Sam Gonzalez finished with 16 and Jesse Jong 10.

TITUSVILLE, Pa. – Fort LeBoeuf built a 19-point halftime lead on its way to a 69-54 win over Titusville.

Andrew Wheeling had 14 points for Titusville and Isaiah Colon 12.

Maebry McQuaid and Ella Gebhardt had seven points each for the Trojans.