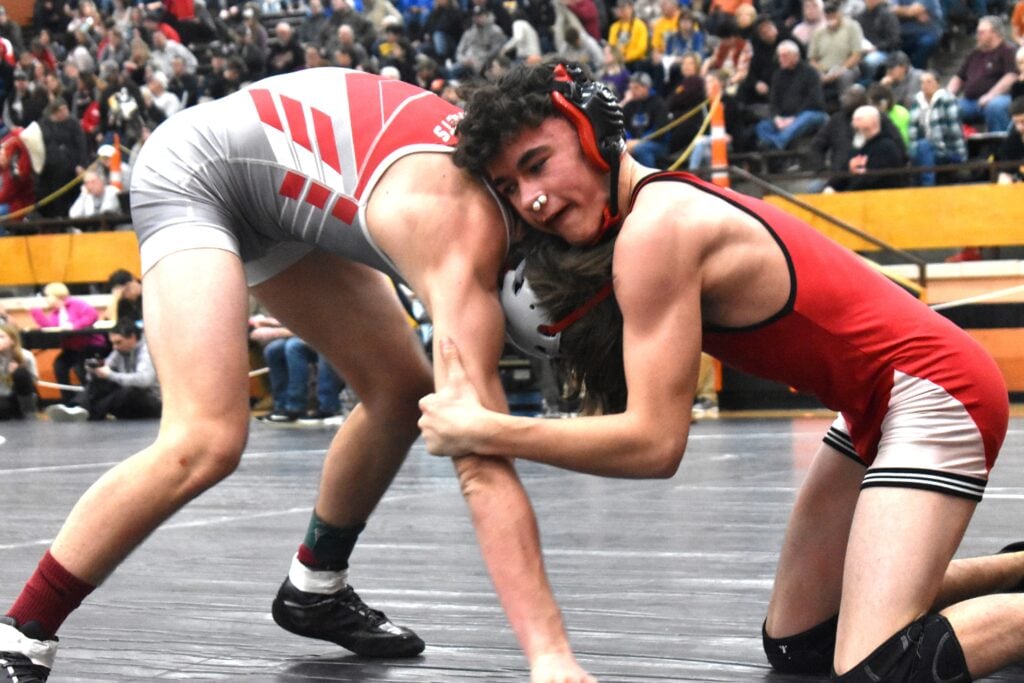 Youngsville's Ian Mancuso is in the semfinals at 127 pounds at the Tool City Tournament.

MEADVILLE, Pa. – Host Meadville is in second place after Day 1 of the Tool City Tournament.

Meadville has eight wrestlers alive in the semifinals, while Girard has five, Titusville and Saegertown four, Conneaut three, and Warren, Cochranton, Cambridge Springs, and Maplewood two each.

Action gets underway on Saturday at 9 a.m.

Full brackets can be found here.

McLane had a pair of forfeit wins as well.

More details will be posted when available.

Pizza Hut Scoreboard: Jan. 6, 2023: D9/10 Basketball
Knights Tale: Franklin Boys Earn Big Win Over Hickory; Titusville Outlasts Eisenhower in Overtime Jan. 6, 2023
This website or its third-party tools process personal data.In case of sale of your personal information, you may opt out by using the link Do not sell my personal information.
×
Manage consent