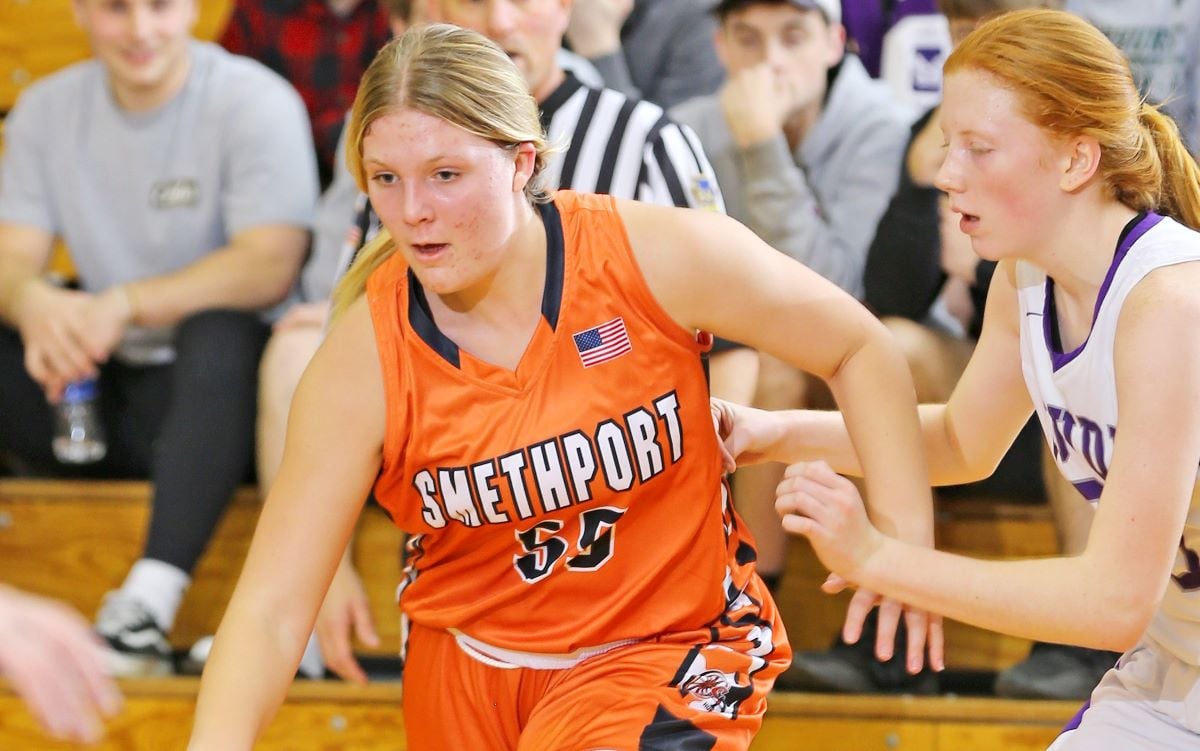 SMETHPORT, Pa. – Coryn McClain netted a career-high 19 points to go with 10 rebounds, as Smethport broke a 12-game losing streak to visiting Coudersport with a 35-30 victory.

McClain scored all 10 of the Lady Hubbers’ third-quarter points to help Smethport outscored Coudersport 10-3 in the frame to take control of the game with a 29-19 lead.

Her previous career-high was 10 points achieved in back-to-back games against Johnsonburg and Bradford last year. She hadn’t scored more than eight points in a game this season, something she did Jan. 13 vs. Otto-Eldred and entered the night with 35 points in 10 games (3.5 ppg).

Also contributing to the victory, just the fourth in the last 30 games against Coudersport for Smethport, were Danielle Nelson with two points and six rebounds and Abby Lutz with five rebounds.

Every one of the Lady Falcons 12 wins during the now-ended streak against Smethport came by double digits including by an average of 36 points per game over the last eight contests, including a 38-20 win on Dec. 14.

The Lady Terrors’ win coupled with Coudersport’s loss to Smethport give O-E sole possession of first place in the NTL a little over halfway through the conference slate.

KARNS CITY, Pa. – Behind 11 points from Abby Callihan Karns City snapped out of its recent funk with a 35-28 win over visiting Clarion.

The Lady Gremlins, who had lost 5 of 7 heading into Wednesday, also got seven points from Rosie Carden.

Madison Foringer added 18 points for the Lady Bulldogs with Alivia Huffman chipping in 10 and Isabelle Bond and Mylee Harmon eight each.

Madison Rusnica added seven points for the Lady Beavers, who snapped a four-game slide with the win.

Alanna Benson and Kalie Dixon both scored 11 points for Bradford.

The Lady Chucks trailed 32-31 going to the final eight minutes but behind Griebel outscored the Lady Dutch 8-4 in the decisive period.

Kierstin Riley added six assists, five stalls, four rebounds, and a point in the victory, while Amy Poole scored six points to tie a season-high for her.

Jan. 19, 2022 D9 Boys Hoops: Brookville 11-0 for Just 5th Time in School History; C-L Scores 83 in Win Over Union
Brockway’s Wood Becomes Fifth Lady Rover to 1,000 Points; Nets 28 in Win Over Johnsonburg
We use cookies on our website to give you the most relevant experience by remembering your preferences and repeat visits. By clicking “Accept All”, you consent to the use of ALL the cookies. However, you may visit "Cookie Settings" to provide a controlled consent.
Cookie SettingsAccept All
Manage consent