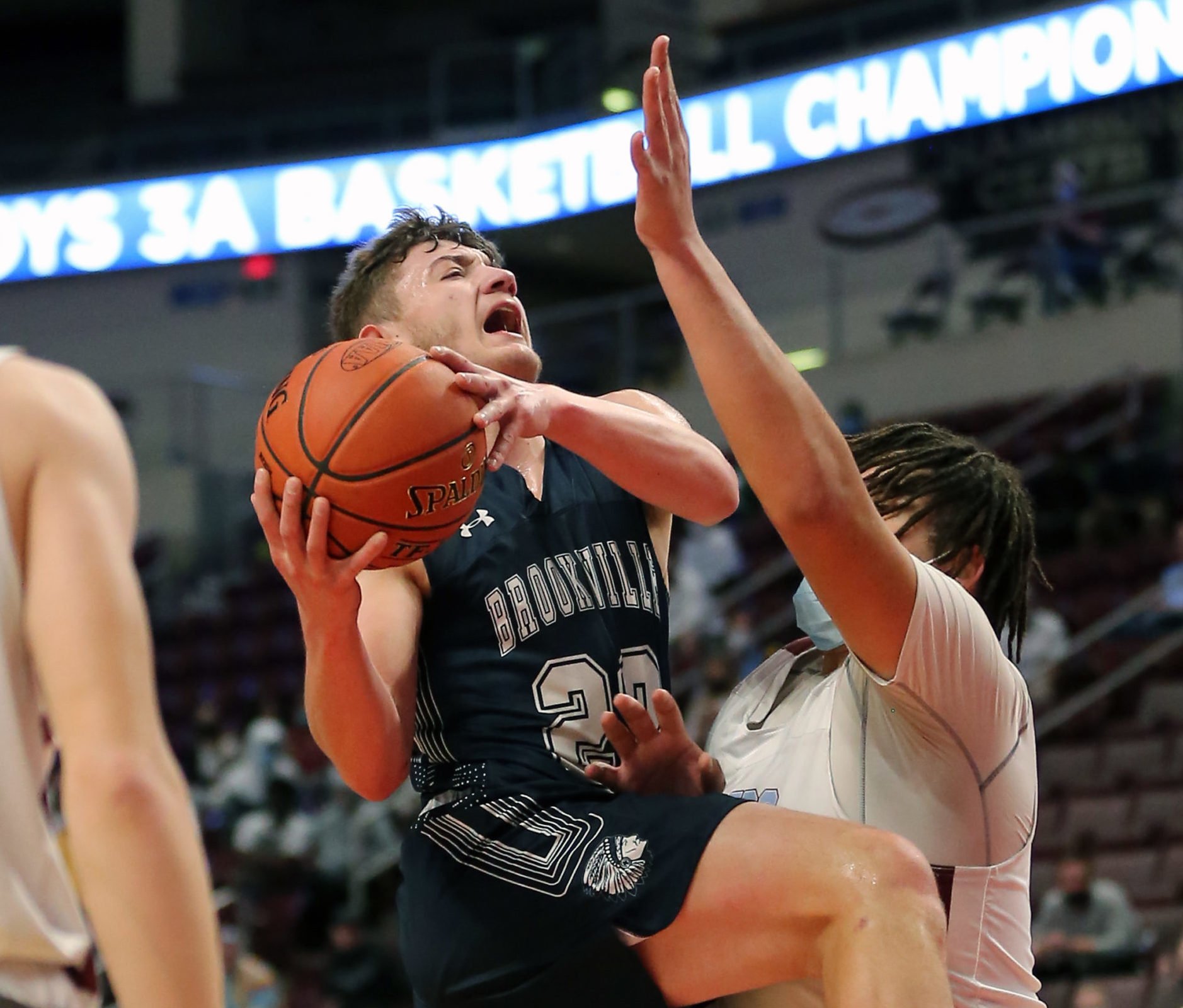 Griffin Ruhlman scored 12 points to help Brookville go to 11-0 for the first time since 1988. Photo by Paul Burdick. Check out more of Burdick's work here

BROOKVILLE, Pa. – Thanks to 10 different players finding the scoring column, Brookville moved to 11-0 for just the fifth time in school history and for the first time since the 1987-88 season with a 63-32 non-conference win over visiting West Branch.

The Raiders led 28-14 at halftime and 42-24 after three quarters before outscoring the Warriors 21-8 in the fourth quarter.

Chris Marshall added 20 points in the win for the Bulldogs with Marquese Gardlock chipping in 11 points with Owen Clouse chipping in nine points.

OIL CITY, Pa. – David Descissno and Ryan Jewart each scored 12 points to lead Moniteau to a 62-36 win at Venango Catholic.

Kyle Pry chipped in 10 points and five assists for the Warriors with Colton Thomas recording a double-double with 10 points and 10 rebounds.

DUBOIS, Pa. – Chooch Husted led a balanced DuBois attack with 12 points, as the Beavers picked up a 43-22 home D9 League win over Bradford.

Joey Foradora added 10 points for the Beavers with Ryan Kovalyak chipping in nine.

SHEFFIELD, Pa. – On the road in AML action, Elk County Catholic got 17 points from Luke Jansen and 124 from Charlie Breindell to roll past Sheffield 52-20.

Jordan Wasko chipped in nine points for ECC, which led 21-4 at the end of the first quarter.

Eisenhower trailed 22-20 at halftime, outscoring the Wolves 18-9 in the third quarter to take the lead behind Lookenhouse, who scored 12 of his 17 points in the second half, while Darling netted 16 and Kyler Black eight for Eisenhower

The Knights overcame a big second half from Kane’s Andy Jekielek, who scored 17 of his game-high 19 points in the final 16 minutes.

Curtis Boring and Cohlton Fry each added 15 points for the Owls with Anthony Maseto and Lucas Tarnow scoring nine apiece.