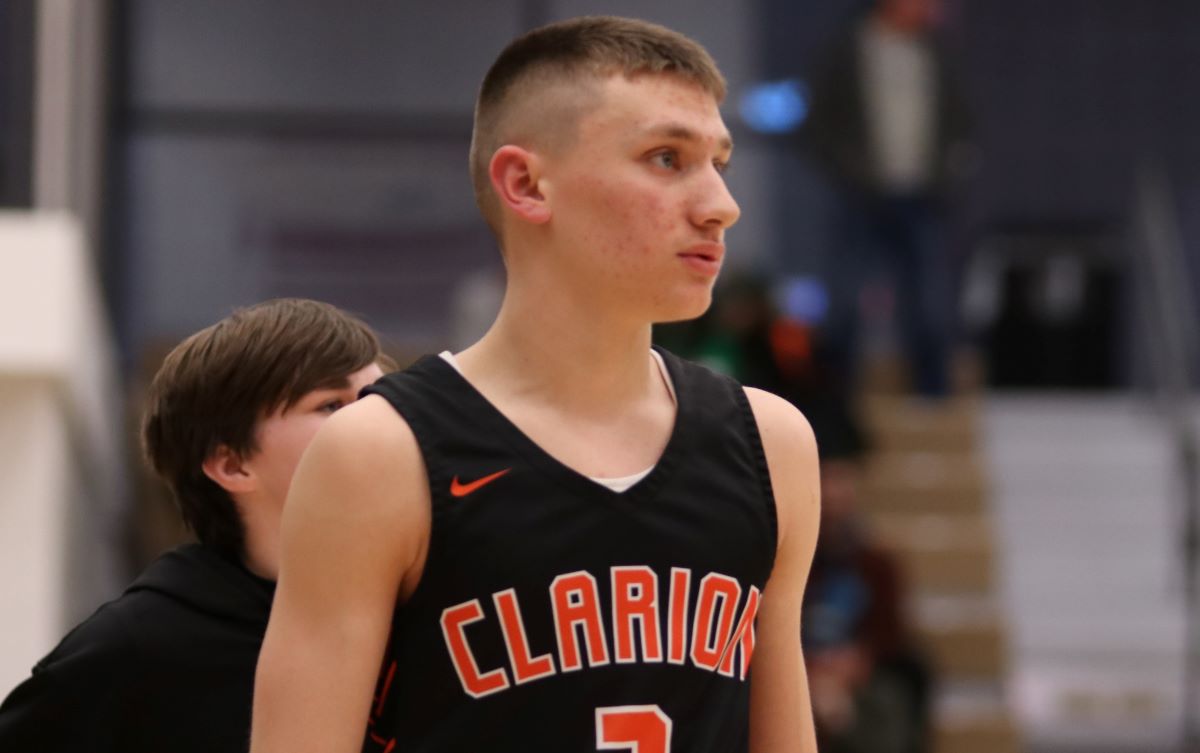 CLARION, Pa. – Cal German exploded for a career-high 38 points to lift Clarion to a 75-64 win over visiting A-C Valley.

German, whose previous career-best was a 35-point output his sophomore season against Venango Catholic (Jan. 29, 2019) hit a long-range three-pointer at the end of the third quarter, his third three of a quarter that saw him score 13 points, to give the Bobcats a 55-48 advantage going to the final eight minutes. He then scored eight more points, including four from the free-throw line, in the fourth quarter to help Clarion pull away. German chipped in six steals in the victory.

Levi Orton tried to match German finishing with a team-high 29 points while hitting four 3-pointers. He scored 11 fourth-quarter points while trying to keep the Falcons in the game.

Sell led the Panthers, who led 32-4 at halftime, with 11 points with Wingard adding 10. Brandon Pierce chipped in seven tallies, while Colin Say had six points and five blocked shots.

WEST SUNBURY, Pa. – Kyle Pry recorded a double-double to lead Moniteau to its first win of the season, 68-51, over visiting Union.

Pry had 15 points and 10 rebounds, while Ryan Jewart added 12 points and Mason Mershimer 10 points, eight rebounds, and five steals for the Warriors.

The Crusaders led 32-31 going to the final eight minutes and scored 10 of their 18 fourth-quarter points from the line led by Breindl, who scored all 14 of his points on the night from the charity stripe. Breindl was 14 of 16 from the line helping ECC going 27 of 37 from the stripe.

Layne Shall scored a game-high 16 points for Smethport with Alex Ognen added 15 points for the Hubbers.

The victory was the first for first-year Panther head coach Travis Brown.

DUBOIS, Pa. – Chase Beighley and Micah Rupp combined for 23 points and 21 rebounds to lead Karns City to a 52-49 win at DuBois Central Catholic.

Beighley had a double-double with 15 points and 10 rebounds while adding six assists, while Rupp added eight points and 11 rebounds. Nathan Waltman chipped in eight points.

Jan. 12, 2021 D10 Hoops Recaps: Youngsville Boys Rally From 15 Down in Fourth Quarter To Beat Eisenhower
Coudersport’s Keck Joins 1,000-Point Club in Falcons Win over Otto-Eldred
We use cookies on our website to give you the most relevant experience by remembering your preferences and repeat visits. By clicking “Accept All”, you consent to the use of ALL the cookies. However, you may visit "Cookie Settings" to provide a controlled consent.
Cookie SettingsAccept All
Manage consent