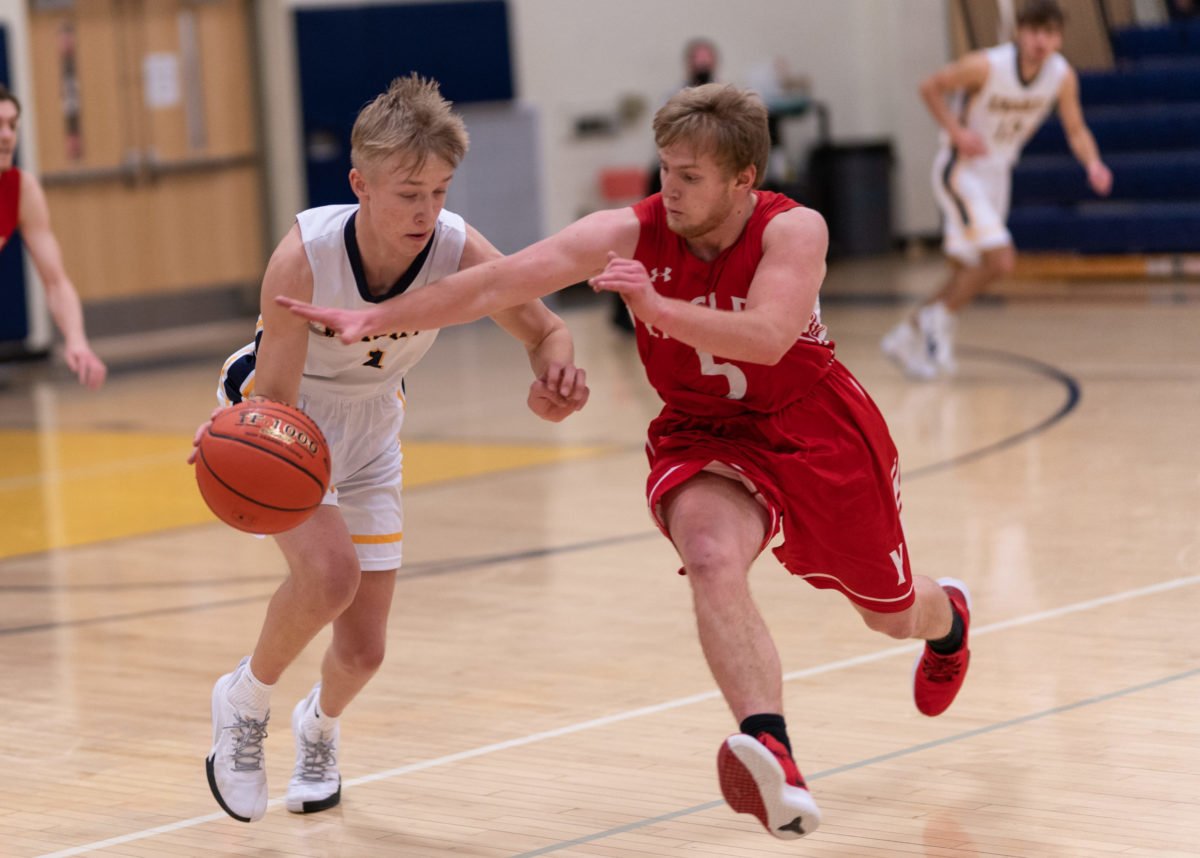 RUSSELL, Pa. – Down by as many as 20 points, Youngsville outscored Eisenhower 23-2 to close the game for a thrilling comeback win.

Brady Olewine scored 16 of his 18 points in the second half, including a pair of big 3’s in the fourth quarter.

Ethan Kesterholt scored eight of his 10 points in the fourth quarter for the Eagles, who evened their record at 1-1.

Eisenhower jumped out to a 21-1 lead to start the game thanks to the strong play of Owen Trumbull, who finished with 12 points and 10 rebounds.

Jaiden Wilkins scored 13 points and Max Fuller 10 for the Panthers, who outscored the Bears 18-7 in the third quarter to assume control.

FRANKLIN, Pa. – Easton Fulmer scored 23 points, 14 of which came in the first half, as Franklin cruised past Cochranton.

Hayden Adams scored 14 points and Luke Guth 11 for the Knights.

Thirteen of the 17 for Schultz came in the second half in which Fairview built on a 10-point lead.

Khali Horton led the Ramblers, who outscored the Huskies 13-4 in the fourth quarter, with 14 points.

Sam Howell had 12 points for Harbor Creek and Cody Smith 10.

Brayden Coxson had 15 points for the Tigers as well, while Connor Porterfiled added 13.

The Trojans outscored the Bulldogs 22-10 in the second quarter en route to the win.

Jonah Bock added 19 points and Max Paris 13 for the winners.

Charlie Waid and Matt Panchura had 12 points each for Meadville.

Mercer led by two at halftime, 26-24 and extended that lead to six by the end of the third quarter.

Tied 13-13 at halftime, Reynolds outscored CP 11-1 in the third quarter to assume control.

Riley Harvey, Jaylin McGill and Lexie Moore had 12 each for the Cardinals.

The Lady Panthers led 26-12 at halftime.

Averie Braymer scored 13 points for the winners and Mollie Przybrowksi 12.

UNION CITY, Pa. – Seneca raced out to a double-digit after the first quarter en route to a 54-42 win over Union City.

The Bobcats led 17-6 after the first eight minutes.

Maydison Kent had a big game for Seneca pouring in 22 points in the victory.

She was matched by Union City’s Eliza Reynolds, who also finished with 22 points.