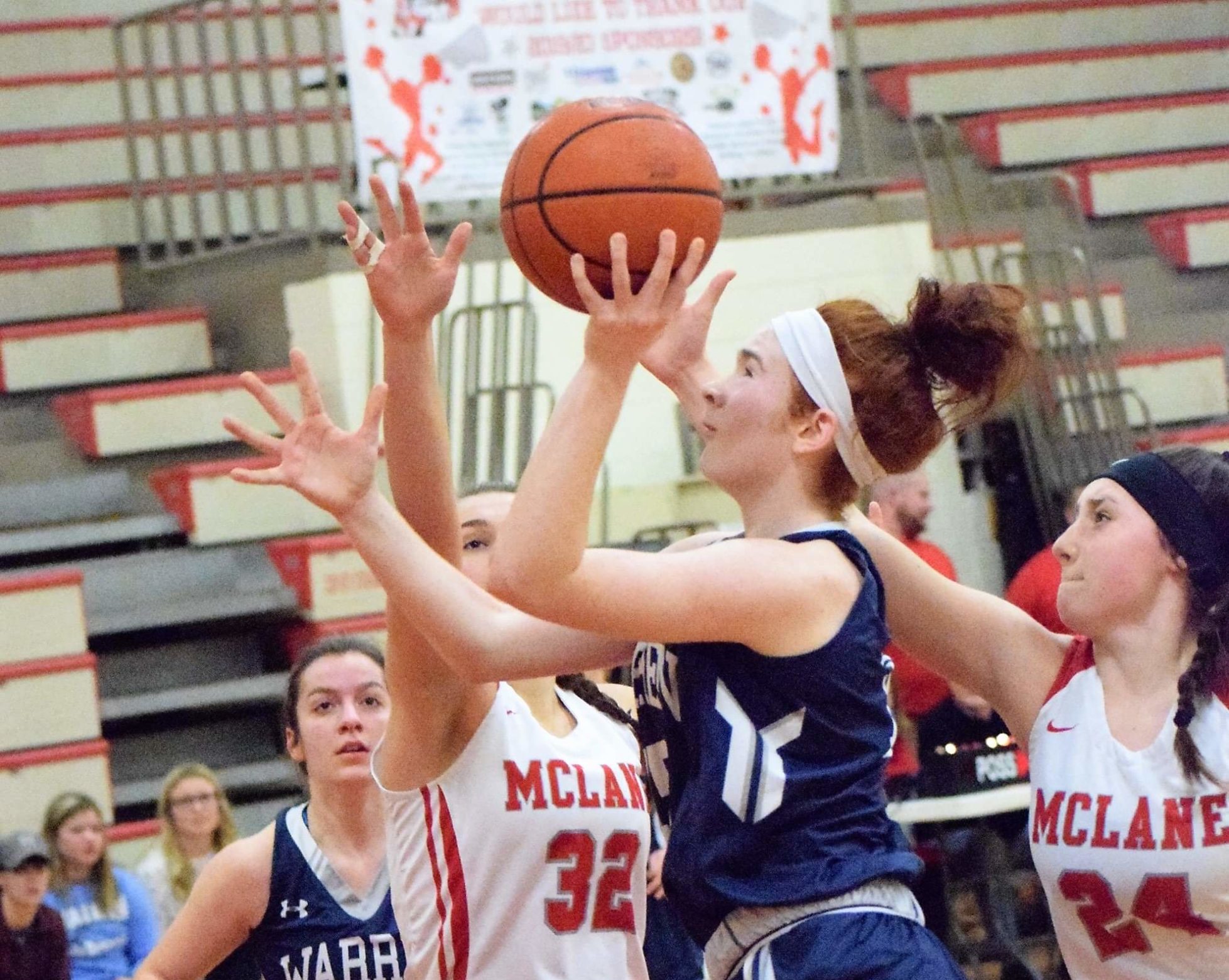 Ruhlman, who has started every game in her first two years for Warren, averaged 14.9 ppg. 9.5 rebounds, 3.2 assists, and 2.7 steals a game as a sophomore as the Lady Dragons advanced to the state playoffs for the third time in the last four seasons. She was a third-team all-state selection in Class 5A in 2019-20.

Santom’s Grove City team beat Warren in the D-10 Class 5A semifinals last season before knocking off Slippery Rock for the D-10 crown. The senior guard averaged 16.7 ppg in 2019-20. She scored 20 points and had 12 rebounds in the D-10 title game victory.

Kadlubek a talented guard, is committed to IUP. As a junior she averaged 12.7 ppg., as the Rockets joined Ruhlman’s Warren team and Santom’s Grove City squad in the 5A state playoffs. She also made 29 3-pointers in 2019-20.

The 5-11 Selimovic led McDowell in scoring as a freshman before missing her sophomore season due to a torn ACL. She came back from an ankle injury that forced her to miss half of her junior season as well, but has shined on the AAU circuit. She is fully healthy now and as talented as any player in District 10. She is committed to Division I Siena.

D9and10Sports.com Preseason All-District 9 Basketball Team Powered by Hunter’s Station Golf Club
PIAA Forges Ahead With Winter Sports Season; Playoffs Will Have A Much Different Look
We use cookies on our website to give you the most relevant experience by remembering your preferences and repeat visits. By clicking “Accept All”, you consent to the use of ALL the cookies. However, you may visit "Cookie Settings" to provide a controlled consent.
Cookie SettingsAccept All
Manage consent