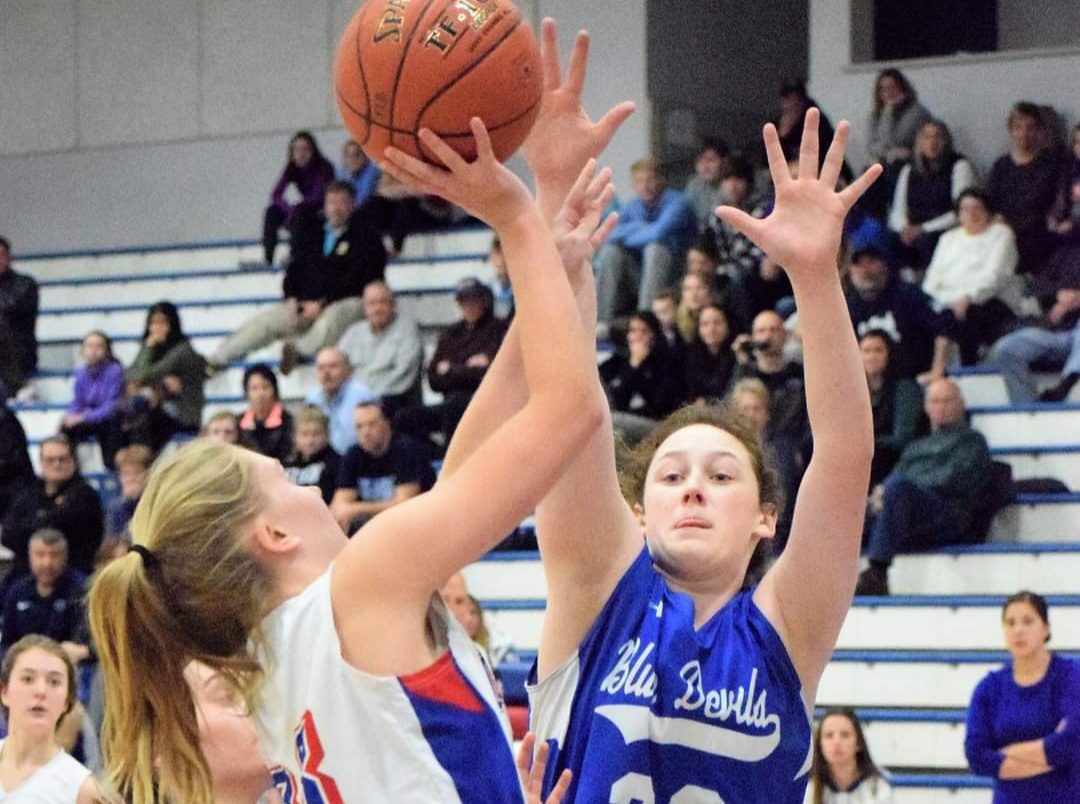 Lia Krarup had a game-high 21 points for Wilmington.

SAEGERTOWN, Pa. Makenzie Yanc nearly had a triple-double as Cambridge Springs picked up a 41-22 win over Saegertown.

Yanc had 10 points to go along with 12 steals, seven assists, and four rebounds in the win.

Lindsey Greco had seven points and Hailee Gregor had six for Saegertown.

The Blue Devils built a 15-4 lead after the first quarter.

Tori Kimpan and Lily Palko had 11 points each for Sharpsville.

Lacey Root had 11 points and India McGee had nine for Sharon.

The Lakers broke open what was a 14-9 lead after the first quarter, as Olivia Kulyk led the way with 17 points, 12 of which came in the first half.

Estella Adams had a game-high 15 points and also pulled down seven rebounds for Franklin, while Jamie Blum had 12 points and six rebounds. Kirsten Hicks and Jenn Blum added eight points each.

Cochranton went on a 20-6 run in the third quarter on its way to the win.

Riley Robinault had 14 points for Youngsville.

Farrell went on an 18-3 run in the second quarter en route to the win.

Janiya Daniels was also in double figures for Farrell with 15 points.

Julie Wade had 18 points for Reynolds.

Three other players were in double figures for Kennedy Catholic, as Monique Vincent had 17 points, Bella Magestro 15, and Isabella Bianco 11.

Emma Mild was also in double figures for West Middlesex with 10 points.

Savannah Thurber and Alayna Cadman had six points each for Jamestown.