Getting Defensive: McDowell Puts the Clamps on Fairview to Pick up Region 6 Victory 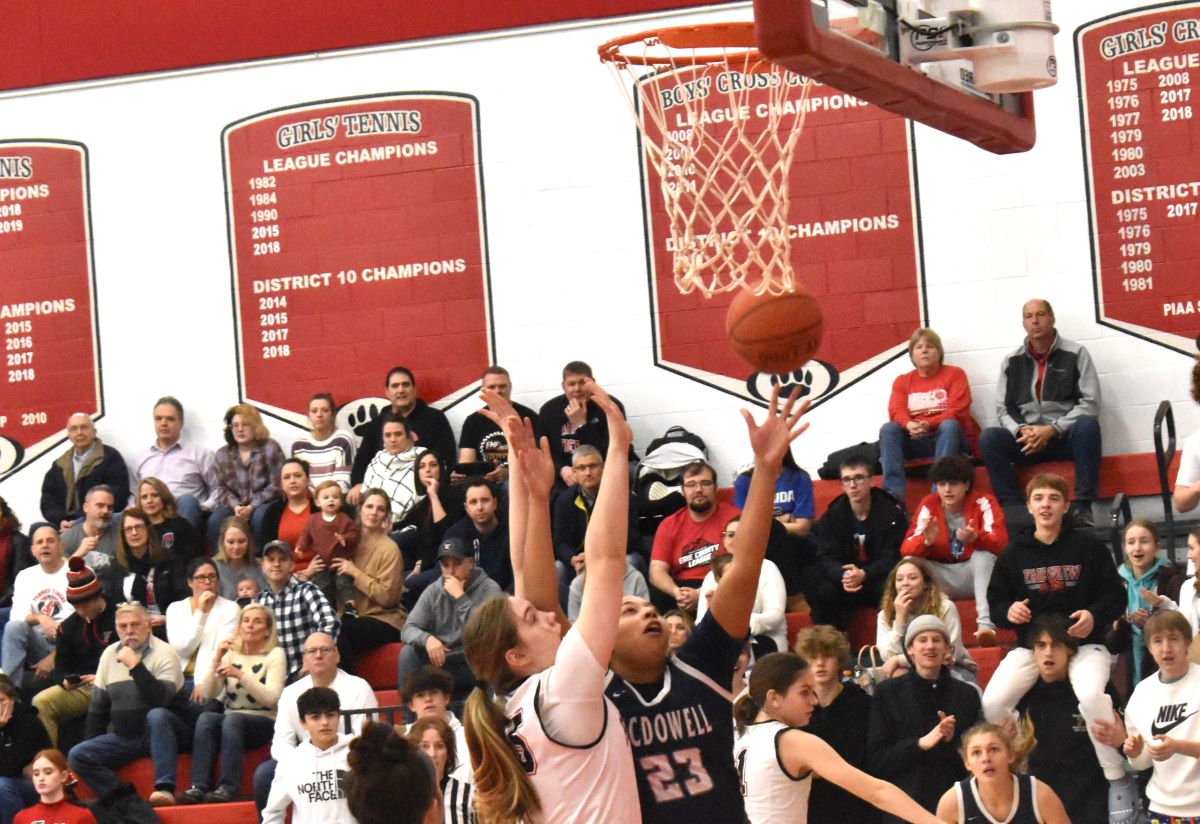 FAIRVIEW, Pa. – In a Region 6 showdown at Fairview, McDowell got defensive in a 43-26 win over the Tigers.

McDowell limited Fairview to 13 points in each half and just one 3-pointer for the game.

“We talked through everything, everybody was able to contribute and we just all executed really well,” said McDowell’s Caylen Spano. “The keys were being able to execute all of our plays, be aware of their key players, and boxing out and keeping their key players off the glass.”

One of those key players for Class 4A Fairview (12-4 overall, 4-2 Region 6) was Hope Garrity, the reigning D9and10Sports.com District 10 Player of the Year.

The game was tied at 10 apiece after an Ella Garrity jumped in the early stages of the second quarter, but McDowell was able to close the half on a 10-3 run thanks in large part to the play of Mikalea Bennett, who scored eight of her 10 points during the second-quarter surge.

“You want to set the tone every game, especially after that loss (to North Allegheny on Saturday),” Spano said. “We wanted to come back and show that doesn’t put us down.”

Fairview was able to stay within striking distance thanks to the strong inside play of Bre Heidt, who led them with a game-high 14 points.

Back-to-back 3’s by Francesca Russo in the third quarter gave McDowell a 32-17 lead, before Fairview cut it to 10 going into the fourth on five-straight points from Heidt, including an old-school 3-point play.

Amaiya Nelson, who had a team-high 13 points, put to rest any thoughts of a Fairview comeback, drilling a 3 from the top of the key to end the brief Fairview surge.

A bucket from Spano stretched the lead back to 15 for McDowell at the 5:30 mark of the fourth quarter, and the Trojans were on their way to victory.

Spano finished with eight points and Russo six for McDowell, while Gennuso also had five points for Fairview.

McDowell is off until next Monday when they travel to Erie High, while Fairview is at Harbor Creek on Thursday.

“I think we’re coming together nicely,” Spano said. “We’re starting to hit our stride and have been playing really well lately.”

Double Trouble: Cook has Double-Double to Lead Brookville past Karns City in Battle of Top D9 Boys Teams
Triple Threat: North East Boys Outlast Seneca in Three OTs; Prep Knocks Off Rival McDowell Jan. 24, 2023
This website or its third-party tools process personal data.In case of sale of your personal information, you may opt out by using the link Do not sell my personal information.
×
Manage consent