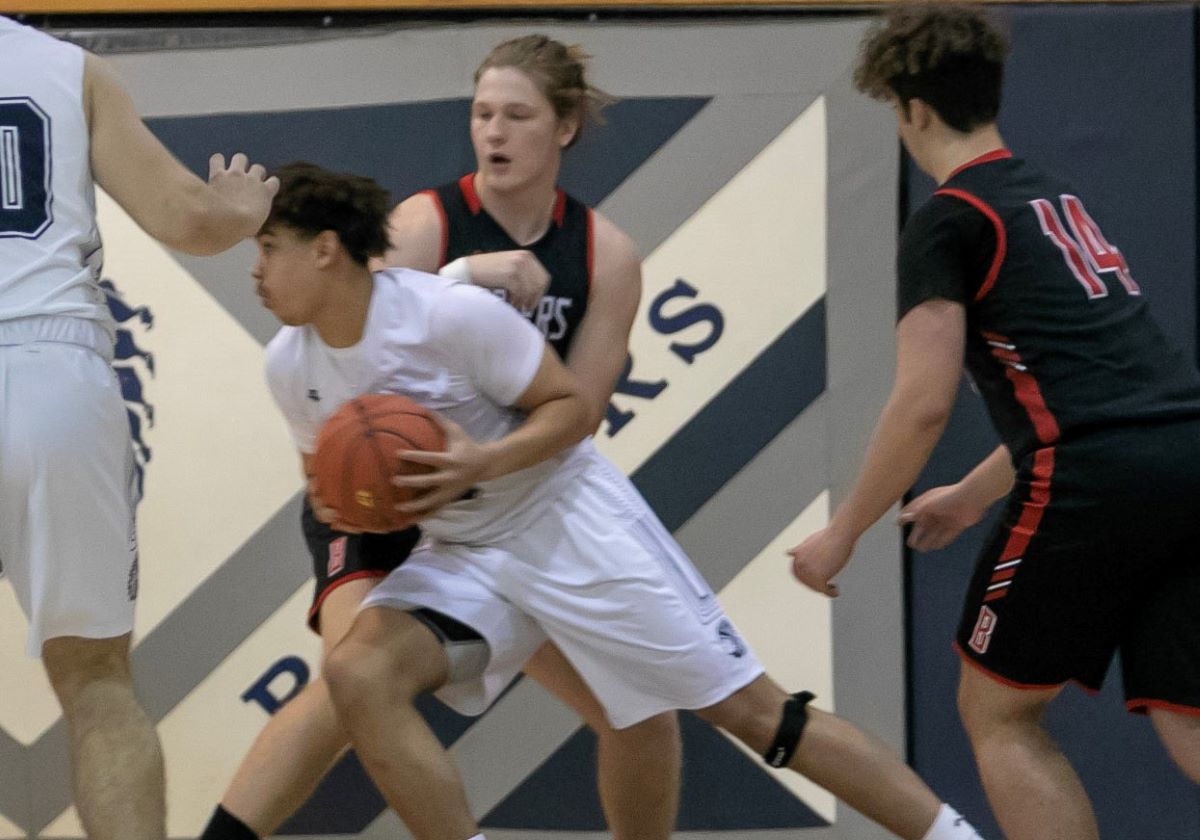 Clayton Cook had a double-double for Brookville in its win over Karns City Monday. Photo by Jared Bakaysa

BROOKVILLE, Pa. – Starting the second half on a 13-0 run, Brookville blew past visiting Karns City, 56-35, in a contest of two teams who entered with 11-2 records.

The Raiders led by six, 26-20, at the break but Clayton Cook scored seven points and Connor Marshall four points to start the second half as the Raiders expanded the lead to 39-20 halfway through the third quarter.

Cook had a big second half for Brookville scoring 11 of his 15 points after halftime. Cook completed a double-double with 11 rebounds.

Kellen Haines played well for the Raiders, especially in the first half when he scored eight of his 14 points to help the Raiders to the halftime lead.

Brookville started as if it was going to blow Karns City out of the gym beginning the game on a 17-4 run punctuated by a Noah Peterson 3-pointer.

But Karns City scored the final four points of the first quarter and then eight of the first 13 in the second quarter to put together a 14-5 run that got the Gremlins within four, 22-18, on a Braden Grossman 3-pointer with around 3:25 left in the half.

It was still a four-point game, 23=19, with under a minute to play when Haines drilled a 3-pointer with 45 seconds left in the half to help Brookville go up six at the break.

Marshall added 14 points in the win for the Raiders.

The 35 points were the most the Raiders have given up since Dec. 27. Brookville had held five straight opponents under 30 points prior to Monday night.

Hooftallen Free Throws Help Austin Boys to Win; DCC Edges Union; Clearfield, JB, Ridgway Girls Get Wins
Getting Defensive: McDowell Puts the Clamps on Fairview to Pick up Region 6 Victory
This website or its third-party tools process personal data.In case of sale of your personal information, you may opt out by using the link Do not sell my personal information.
×
Manage consent