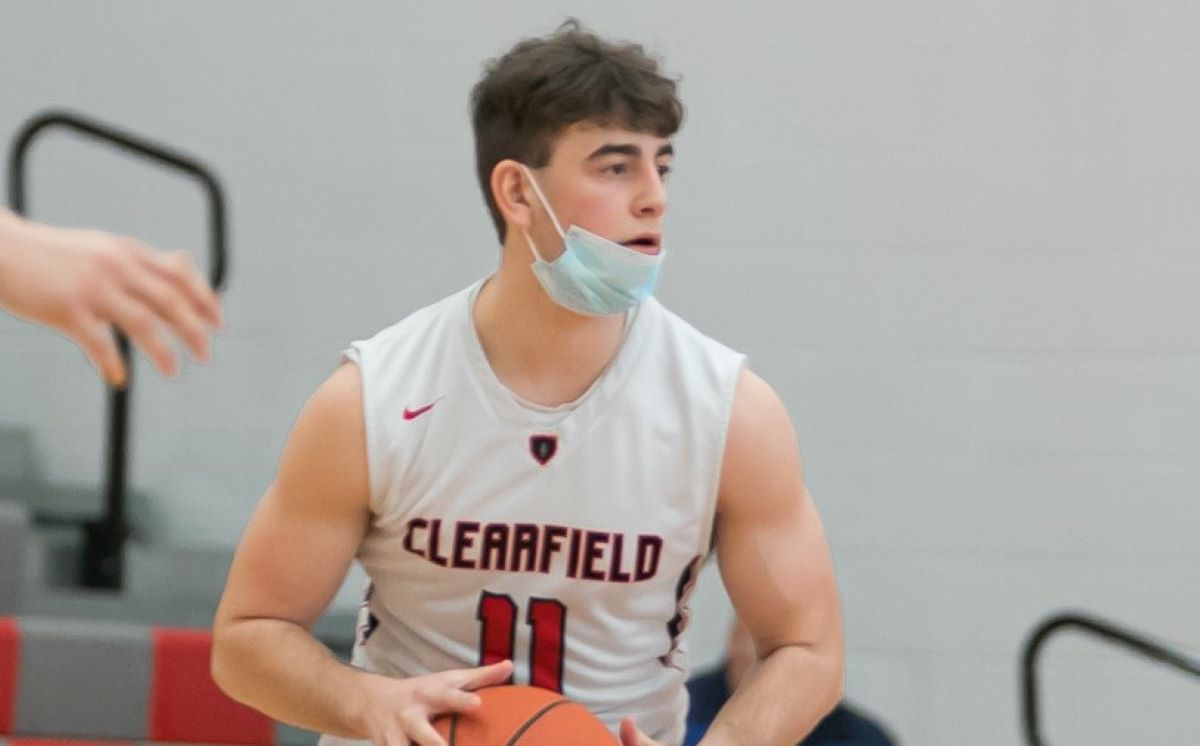 But the remaining Clearfield players weren’t deterred thanks to a career-high 19 points from Gearhart, who came into the game averaging 5.6 ppg,t and a career-best 12 from Thompson, who entered the contest averaging 1.9 ppg with 29 total points on the year.

“The kids wanted to go down and play and compete,” Glunt said. “Those kids have practiced so hard. They are going a really good job in practice. But, it’s hard to play 11 kids in a game. Their turn came up (tonight) and they stepped up and played fantastically.”

Up by two, 8-6, at the end of the first quarter, Clearfield outscored Obama Academy 14-4 in the second quarter to take a 22-10 halftime lead.

“We were able to handle their pressure and score against it, which was big,” Glunt said. “Ryan Gearhart was absolutely big handling pressure, scoring, and setting up his teammates.”

Gearhart hit one of three 3-pointers in the second quarter for the Bison with Cole Miller and Thompson also burying long-range shots.

“Those (3-pointers) were huge,” Glunt said. “Our offense is tied into our defense. (Those made baskets) enabled us to get our defense set up which forced them into tougher shots, and when they don’t make shots then they can’t set up their press.”

Gearhart hit two more 3-pointers in the third quarter to help Clearfield hold off a strong third-quarter push from the Eagles to cut the Bison lead to 10, 35-25, going to the fourth quarter.

“We turned the ball over in the third quarter, which is going to happen against the press,” Glunt said.

But in the fourth quarter, Matt Pallo scored all six of his points and Gearhart added six more tallies to help Clearfield keep the lead.

“Matt was fantastic in the fourth quarter and the whole game,” Glunt said. “We continued getting stops, which helped.”

Sanyon Bennett led Obama Academy, which was playing just its fifth game of the year due to the Pittsburgh City League (District 8) getting a late start and then the team having to go into health and safety protocols during the abbreviated season.

“Obama had only played four games,’ Glunt said. “That makes a difference.”

McDowell Girls Outlast Altoona in Class 6A Subregional
Prep Second-Half Run Helps Ramblers Beat DuBois in 5A Boys’ Subregional Game
This website or its third-party tools process personal data.In case of sale of your personal information, you may opt out by using the link Do not sell my personal information.
×
Manage consent