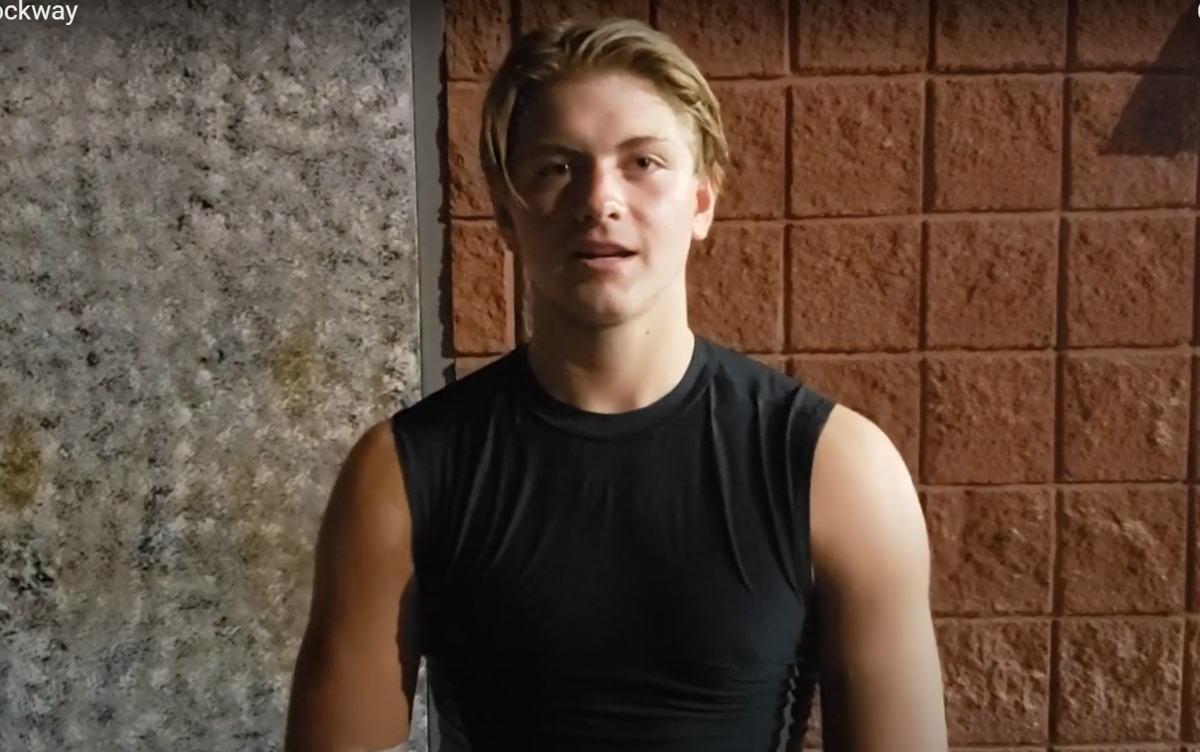 Jalen Kosko of Brockway was the Allegheny Grille of Foxburg Player of the Game after 100 yards receiving and 2 TDs and two turnovers on defense.

BROCKWAY, Pa. – Frank Varischetti is back in Brockway, and his offense, thanks in large part to freshman quarterback Brayden Fox, helped the Rovers to a season-opening 28-20 win over visiting Union/A-C Valley Friday night at Varischetti Field, named for his grandfather.

Varischetti, the former Brockway head coach, was hired over the summer by second-year head coach Jake Heigel to be the Rovers’ offensive coordinator.

And the offense hummed in the first half thanks to the play of Fox, the son of St. Marys graduate and current DuBois Central Catholic baseball coach, Adam Fox, who played in the Texas Rangers minor league system.

The younger Fox was 18 of 33 for 232 yards and three touchdowns while throwing one interception in the opening half to help the Rovers to a 21-6 halftime lead.

Fox then added a 2-yard touchdown run 38 seconds into the third quarter to give Brockway a 28-6 lead.

But Fox and the Rovers cooled down the rest of the half, and he finished the half 5 of 11 for 50 yards and two interceptions to end his first game 23 of 44 for 282 yards, three touchdowns, and three interceptions.

While the Union/A-C Valley defense was catching up to the Brockway offense, the Falcons-Knights offense was grinding its way back into the game despite having to play three different quarterbacks after starter Bailey Crissman left the game in the first half with an unspecified injury.

But Dawson “Scamper” Camper ran for three touchdowns, including two in the second half, to get Union/A-C Valley back in the contest.

But Campers’ final run turned out to be a costly one for Union/A-C Valley, as his 7-yard run on fourth down that would have picked up a first down with just over two minutes to play ended in him being stripped of the ball by Peyton Mauer, who then recovered the fumble inside the 30-yard line to help Brockway keep the lead.

Union’s defense was able to force a punt in the final 30 seconds, but on the return Caden Rainey muffed a fair catch with Brockway recovering to seal the win.

Jalen Kosko also had a big game for Brockway catching five passes for 100 yards while also intercepting a pass on defense and recovering a fumble. He was named the Allegheny Grille of Foxburg Player of the Game and talked about the win with D9and10sports.com’s Andy Close.

Crissman ran five times for 57 yards and was 3 of 11 for 12 yards passing before exiting the game late in the first half with the injury.