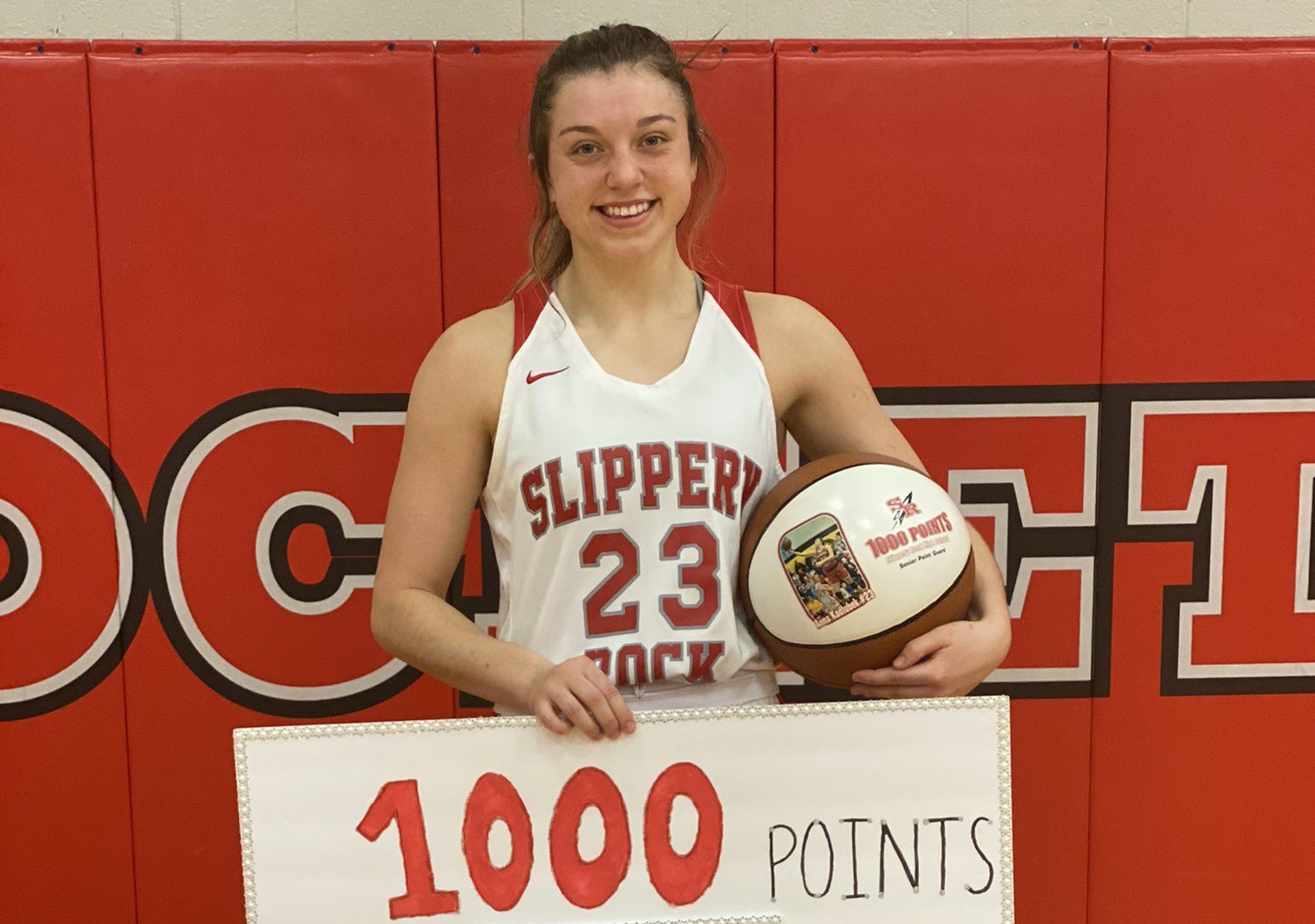 Kelly Benson scored a game-high 20 points, including four 3-pointers for the Rockets in the win.

Slippery Rock jumped on Meadville early, outscoring the Bulldogs 32-17 in the first half.

ERIE, Pa. – Tied at halftime, McDowell outscored Warren 11-4 in the third quarter and held off a late Dragons’ rally in a 37-33 win.

The win gave the Trojans a season split with the Dragons.

Jessica Hetz, who missed the first meeting between the two, scored 13 points in the victory, while Emina Selimovic added 12.

Riley Childress had nine points and three assists to lead Warren, while Emma Ruhlman had eight points and 10 rebounds.

The Tigers led by just one going into the fourth quarter but outscored the Bison 9-3 over the final eight minutes to get the victory.

GROVE CITY, Pa. – Clara Hannon had a big game for Grove City, notching 25 points to go along with four steals as the Eagles bested Franklin, 45-32.

The Eagles outscored the Knights by nine in the second half en route to the win.

Camdon Bashor and Reilly Phipps had nine points each for Franklin.

GUYS MILLS, Pa. – Sadie Thomas scored 14 of her team-high 16 points in the second half to help send Maplewood to a 51-33 win over Cambridge Springs.

Bailey Varndell scored 14 points for the winners, including three 3’s.

Maddie Yanc had a big game for Cambridge Springs, scoring a game-high 17 points, including nine in the second half.

The Hornets led by three at halftime and outscored the Eagles 18-11 in the second half en route to the win.

Emily Hess had 12 points and Ellie Shade seven for GM.

Amber Sefton added seven points for the Sailors, who had eight different players make their way into the scoring column.

GREENVILLE, Pa. – Carlie Beatty scored 14 points and pulled down 14 rebounds to lead West Middlesex to a 58-24 win over Reynolds.

The Huskies pulled away in the second half, outscoring the Yellow Jackets 26-11.

Shaelie Born scored 18 points for the Huskies and Lily Pulvino 10.

Fulmer scored 24 of his points in the first half, which included five 3’s

Luke Guth added 14 points and Damon Curry eight for the Knights, who led 42-17 at halftime.

Mack Staunch had 14 points for the Blue Devils, while James Thomas added 13.