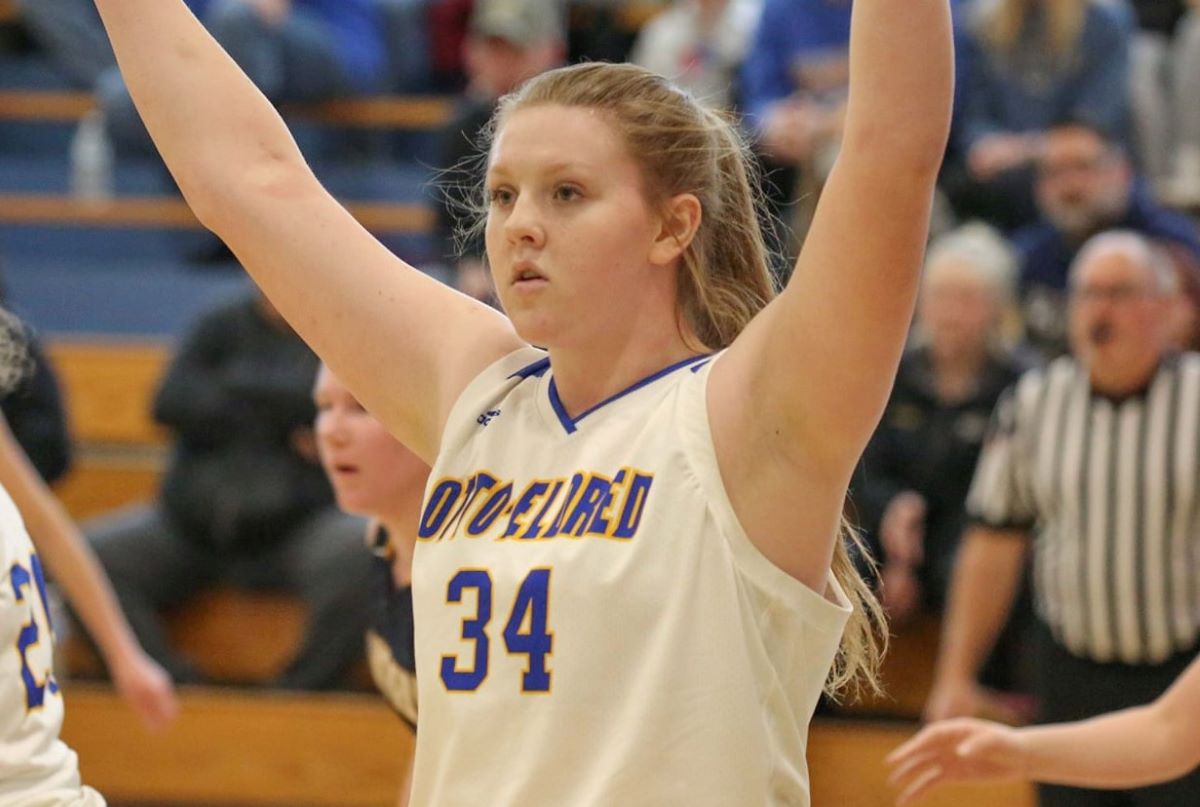 COUDERSPORT, Pa. – Bri Heller scored a career-high 19 points, and Katie Sheeler added a points/steals double-double to help Otto-Eldred take another step closer to the NTL title with a 53-35 win at Coudersport.

Sheeler, meanwhile, had 17 points and 10 steals, as Otto-Eldred took a commanding two-game lead in the loss column against Coudersport for the NTL crown with just two conference games left for the Lady Terrors.

CLARION, Pa. – Dominika Logue hit four 3-pointers on her way to a game-high 18 points to lead visiting Union to a 44-25 win over Clarion in KSAC Small School action.

KNOX, Pa. – Trailing by three going to the fourth quarter, Moniteau got a pair of key 3-pointers from Abby Jewart and used a 10-0 run at the start of the quarter to beat homestanding Keystone, 40-39.

Jewart’s triples started and ended a 16-point quarter for the Lady Warriors, as she tied the game at 27 with a 3-pointer at the start of the quarter and then gave Moniteau a 40-34 lead with a 3-pointer with just under 2:45 to play in the game.

Jewart also grabbed the rebound on a missed shot by Natalie Bowser as time ran out after a 5-0 spurt had gotten Keystone within one.

The initial three by Jewart started the 10-0 run that also included four points from Kendall Sankey and three from Davina Pry.

Bowser had a game-high 21 points for Keystone with Emma Gruber adding nine, including a 3-pointer that got the Lady Panthers within one, 35-34.

For Wessell, who also added five steals, it was a career-high point total a game after she had matched her previous high with 14 points in a win over Commodore Perry.

Homan added seven rebounds and four steals for the Lady Vikings, who also got seven points and five rebounds from Morgan Wessell.

Bella Marino led Eisenhower with nine points, all in the second half.

Noella Pollcastro had a game-high 15 points for Walsh.

Childress hit a pair of first-quarter 3-pointers and scored eight points in the quarter, while Ruhlman added six to help Warren to a 19-4 lead after eight minutes.