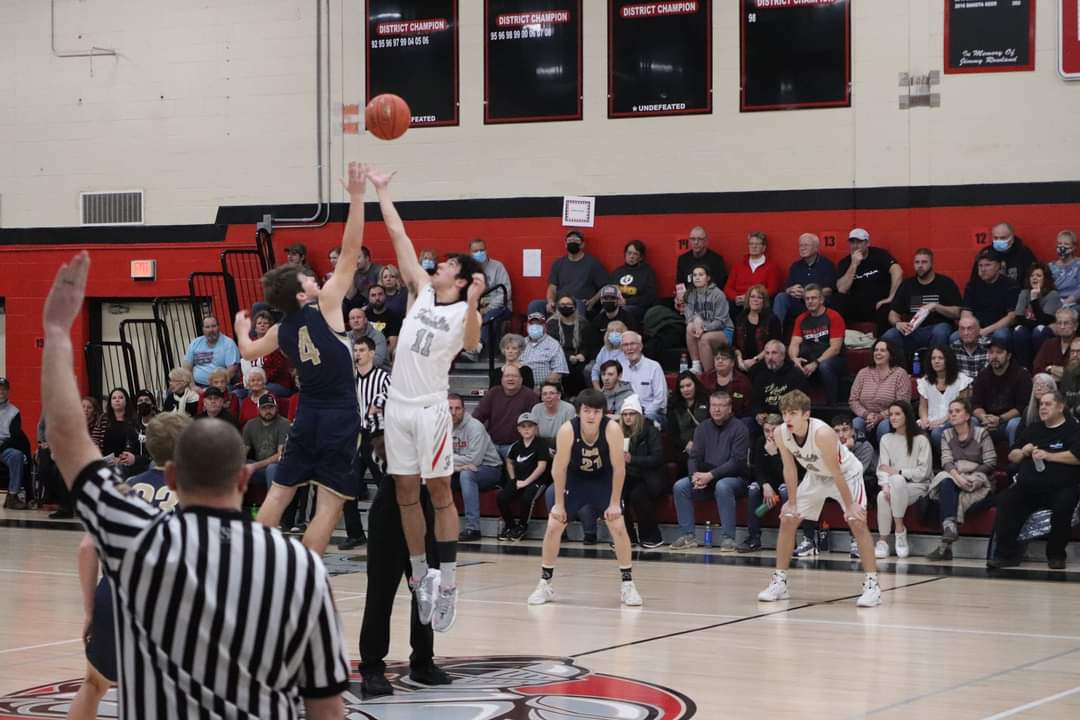 Franklin's Luke Guth (11) had 28 points in a win over Grove City on Saturday. File photo by Diane Lutz

Guth scored 20 of his 28 points in the first half, while Damon Curry drained five threes and finished with 17 points and Easton Fulmer tallied 15.

WARREN, Pa. – After Warren beat Harbor Creek on the road earlier in Region 5 play, the Huskies returned the favor, notching a key 60-47 region road win over the Dragons.

The win ties Harbor Creek with Warren at 8-2 in the region standings, one game behind first-place Fairview.

Harbor Creek outscored Warren 17-8 in the second quarter to take a 30-19 halftime advantage thanks to the strong play of Travis Kruszewski, who scored six of his game-high 19 points in the frame. Kruszewski was also 7-of-7 at the free-throw line for the game.

As a team, the Huskies were 14-of-17 from the charity stripe, as Jaden Rocco finished with 12 points, Logan Breese 11, and Gavin Ennis nine.

Parks Ordiway, Tommy Nyquist, and J.T. Blum combined to score all 47 Warren points, as Ordiway had 18 (including four threes), Nyquist 17, and Blum 12.

WEXFORD, Pa. – Fairview stepped out of District 10 for a showdown with Hampton, dropping a 63-56 decision.

Matt DeMatteo had 22 points for Hampton, which rallied from a 27-22 halftime deficit en route to the win.

The Rockets outscored the Blue Devils 33-17 in the second half en route to the win.

CORRY, Pa. – Logan Joncas made five threes and finished with 25 points as Corry earned a 59-50 non-region win over Northwestern.

Rylan Smith added 13 points and Nick Brundage 10 for Corry, which scored 22 points in the third quarter.

Judias Johnson had 15 points and Jake Hornbeck 11 for the Oilers, who outscored the Bison by 20 in the second half.

Carson Papay had a game-high 22 points for Fort LeBoeuf.

Youngsville led 21-20 at halftime, but a 13-5 third-quarter spurt helped the Tigers to take control.

Keegan Mesel had 12 points and Koby Hendrickson 10 for Youngsville.

Ben Burkhardt had 15 points for Iroquois.