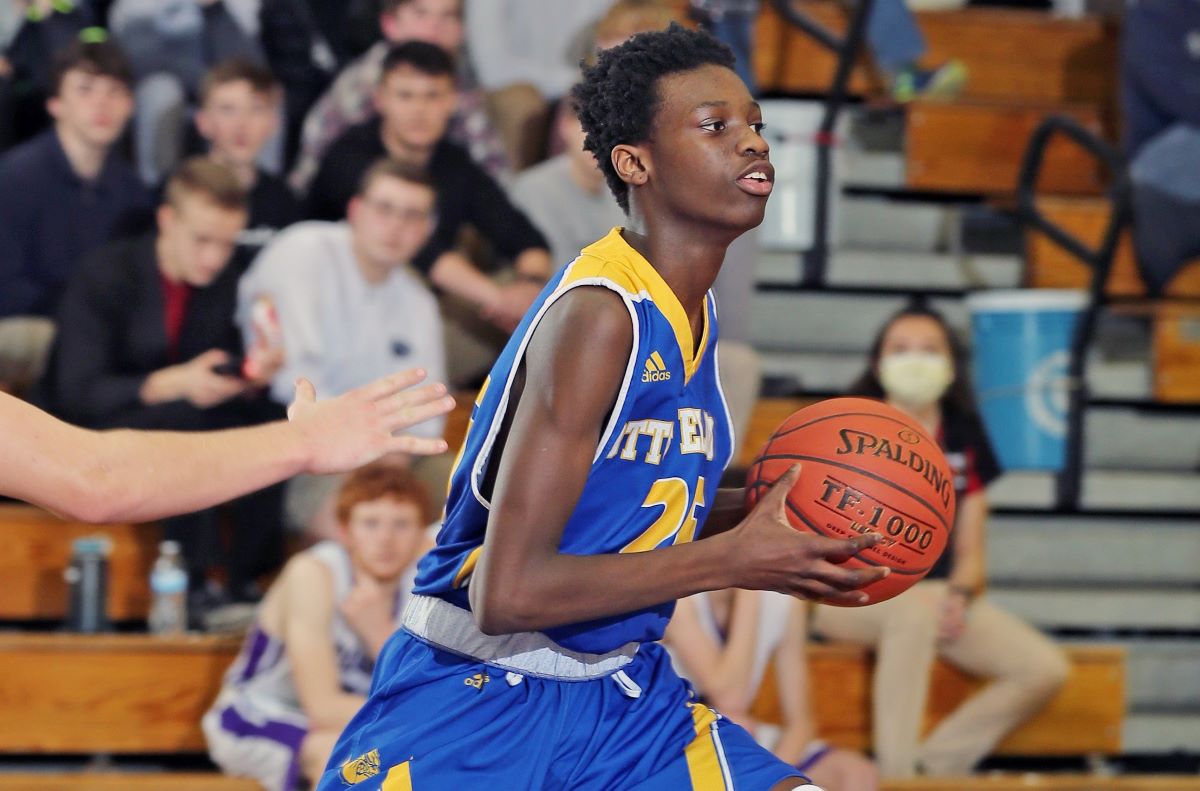 Shene Thomas had 13 rebounds for Otto-Eldred in its win over Smethport Tuesday. Photo by Paul Burdick. Check out more of Burdick's work here

Splain tickled the nets for 24 points with Jimerson adding a career-high 24 points to go with five rebounds, four assists, and two steals.

Landon Francis added 18 points in the win, while Shene Thomas had a game-high 13 rebounds to go with six points.

Charlie Breindel added nine points for the Crusaders who also got seven points from Luke Jansen.

COUDERSPORT, Pa. – Brady Streich scored a career-high 23 points to lift Coudersport to a 56-47 win over visiting Austin in NTL action.

Streich added five steals for the Falcons who got a 19-points, 16-rebound double-double from Garrett Kellert.

PORT ALLEGANY, Pa. – Drew Evens scored 27 of his career-high 31 points in the first half to lift Port Allegany to a 65-25 win over visiting Galeton in NTL action.

Blaine Moses chipped in six points and seven rebounds for the Gators who also got three points, six rebounds, and two steals from Ty Guilds.

Braiden Cimino hit a pair of 3-pointers and finished with eight points for Galeton.

Camdyn Allison added 11 points for the Red Raiders who also got nine each from Josh Smith and Alan Erickson. Smith hit three 3-pointers.

Feb. 15, 2022 D10 Hoops: Corry’s Joncas Reaches Milestone Mark; Fairview Clinches Share of Region 5 Title
Brookville Wrestlers Top Brockway to Give Klepfer 300th Win as Coach
This website or its third-party tools process personal data.In case of sale of your personal information, you may opt out by using the link Do not sell my personal information.
×
Manage consent