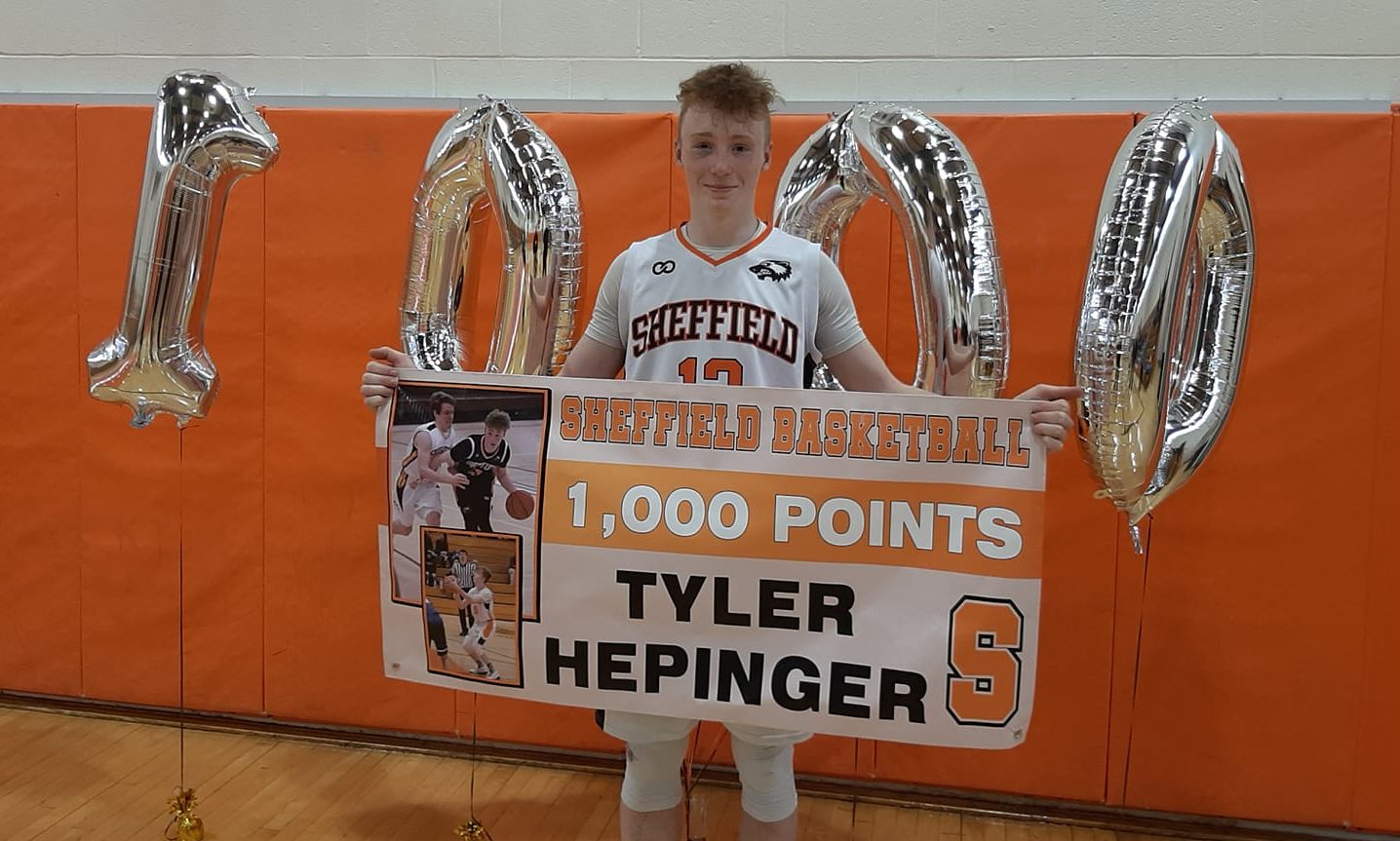 Hepinger hit 1,000 on the nose with his 3-pointer with 1:47 to go in the second quarter, part of a 16-point first half. He needed 14 points coming in, becoming the first Wolverine to reach the milestone since Robin Copley in 2004.

Jen Isenberg was the last girls’ player to hit the mark for Sheffield in 2015.

The game was a true battle for four quarters, as neither team could gain much breathing room. DCC’s 9-point margin of victory matched the largest lead either team had all game.

With the game tied at 36 apiece after back-to-back 3’s from Sheffield’s (6-5) Tony Richards, DCC went on a 6-0 run to give themselves a lead they wouldn’t relinquish.

The Cardinals knocked down eight free throws in the fourth quarter to help put the game away.

As per usual, it was a balanced scoring attack for the Cardinals (7-3), led by Jalen Kosko’s 16 points.

Kosko, named the Allegheny Grille of Foxburg Player of the Game for his efforts, talked about the win afterward:

Kosko scored 12 of his 16 points in the first half, while Alec Srock netted 14 points and Damon Foster and Dante Armanini eight each.

Hepinger scored 16 of his game-high 20 points in the first half, while Richards connected on 11 of his 15 in the second half for the Wolverines.

Hepinger reflected on what it means to reach the milestone afterward:

Feb. 13, 2021 D10 Hoops: Union City’s Reynolds Reaches 1,000-Point Mark in Win Over Corry; Hickory Boys Edge Franklin in Region 4 Showdown
D9and10Sports TV Interviews Slippery Rock’s Anna Kadlubek, the Rockets IUP-Bound 1,000-Point Scorer
We use cookies on our website to give you the most relevant experience by remembering your preferences and repeat visits. By clicking “Accept All”, you consent to the use of ALL the cookies. However, you may visit "Cookie Settings" to provide a controlled consent.
Cookie SettingsAccept All
Manage consent