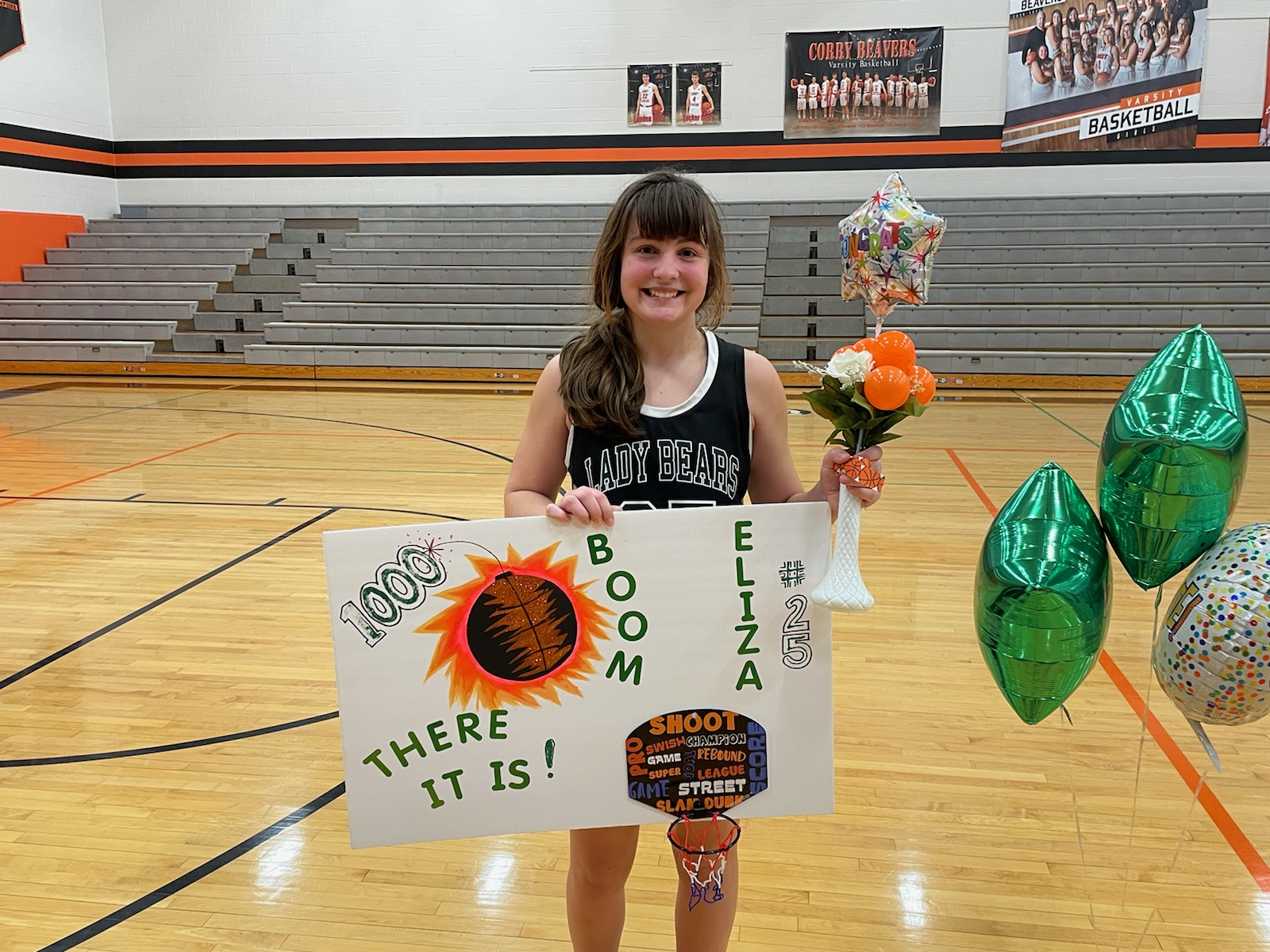 The Bears overcame an early 11-point deficit en route to the win, outscoring the Beavers 22-10 in the second half.

The Hornets raced out to a 17-9 lead after the first quarter en route to the win.

McKenzie Gustas also had a double-double for the Hornets with 11 points and 15 rebounds, while Malana Beach had 11 points.

STONEBORO, Pa. – Reese Gadsby poured in 22 points as coach Gary Burke picked up his 300th for Lakeview, 49-30 over Seneca.

Amber Sefton added eight points for the Sailors, who jumped out to a 15-point first quarter lead on their way to the win.

Maydison Kent had 11 points for Seneca.

HERMITAGE, Pa. – In a battle between the top two teams in Region 4, it was host Hickory that outlasted Franklin, 57-51.

Connor Evans scored 18 points and Jackson Pryts netted seven of his 14 points in the fourth quarter for the Hornets.

Hickory went to the free throw line 30 times in the contest, converting 20.

Peyton Mele also had 18 points for the Hornets

Hickory overcame another big game from Franklin’s Easton Fulmer, who poured in a game-high 26 points.

Fulmer scored 22 of his 26 points in the second half, which included four 3’s and a 6-of-8 effort from the foul line.

Hayden Adams scored all 11 of his points in the first half for the Knights.

UNION CITY, Pa. – Corry scored 34 points in the first quarter on its way to an 83-40 victory over Union City.

Logan Joncas had a monster opening eight minutes for the Beavers, connecting on five 3’s on his way to 17 points. For the game, he finished with 25, including seven 3’s.

The Beavers knocked down 12 triples in the game, including four more from Rylan Smith, who finished with 18 points.

Jalen Ritzert and Ben Cano both had big games for the Trojans, scoring 22 points each.

Greenville led 31-29 at halftime, but Laurel used a 21-14 third quarter charge to take the lead.

Cano scored 16 of his 22 points in the second half for Greenville, with Jonah Lentz adding seven points.

Sam Haswell had 19 points for Laurel.

ERIE, Pa. – Liam Galla scored 22 points, including 6-of-8 from the free throw line in the fourth quarter, as Cathedral Prep held off Grove City in a non-region showdown, 64-60.

Khali Horton and Amaree Pickens scored 10 points each for the Ramblers.

Michael Brooks had a big game for the Eagles, scoring 13 of his 21 points in the second half.

Lakeview jumped on the Muskies early with a 20-7 first quarter on their way to the win.

Sean McElhinny had 15 points and Cameron Keyser 14 for the Muskies.

FAIRVIEW, Pa. – Leading by two at halftime, Fairview outscored Fort LeBoeuf 19-9 in the third quarter on its way to a 62-49 victory.

Tyler Shultz poured in 26 points for the Tigers, while Logan Frazao had 15 and James Sitter nine.

Omar Stewart chipped in with eight points for the Steelers.

GIRARD, Pa. – Austin Barrett had a big game with 27 points to pace Girard in its 66-42 win over Iroquois.

Corrion Combest had 19 points for Iroquois.