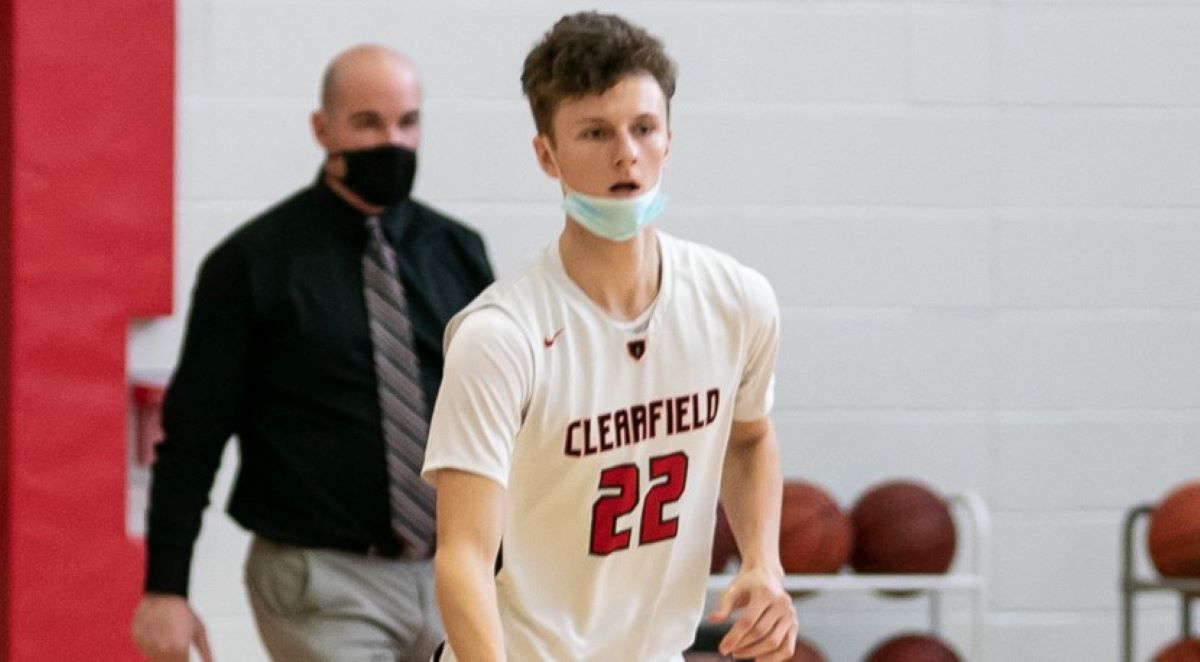 HYDE, Pa. – Karson Rumsky and Cole Miller combined for 47 points to lead Clearfield to a 69-61 victory over visiting Clarion-Limestone.

Rumsky led the Bison with 25 points and nine rebounds with Miller knocking down three 3-pointers on his way to 22 tallies and nine boards.

Trailing by 17 entering the 4th quarter, the Lions went on a 17-5 run thanks to a pair of 3-pointers and seven points from Hayden Callen to cut the deficit to 64-59 with a little under three minutes left in the game.

“Give them credit,” Clearfield head coach Nate Glunt said. “We had a big lead. (Callen) made tough shots and open shots. They’re a good team and we’re fortunate enough to get the win.”

Following a Callen 3-pointer to make it a five-point game, Miller responded with a 3-pointer of his own to extend the lead to 67-59 with two and a half minutes left.

Cole Miller takes a shot during Saturday’s game. Miller had 22 points and nine rebounds for Clearfield in the win. Photo by Jared Bakaysa of JB Graphics. See more of Bakaysa’s work here

Rumsky played an important role down the stretch knocking down a pair of free-throws with a minute left while also grabbing a pair of rebounds.

Callen and Jordan Hesdon each missed their second free-throw in a one-and-one situation and Rumsky came down with both, not allowing the Lions a second chance opportunity.

“Those are huge,” Rumsky said of the late rebounds. “Second chance points, can’t have that.”

Callen finished with a game-high 30 tallies to pace Clarion-Limestone in the loss while Hedson chipped in 10.

Hayden Callen of C-L had a game-high 30 points in the loss. Photo by Jared Bakaysa of JB Graphics. See more of Bakaysa’s work here