End of the Line: 30-point Fourth Quarter Not Enough for Port Allegany in PIAA 1A Semifinal Loss to Union (New Castle) 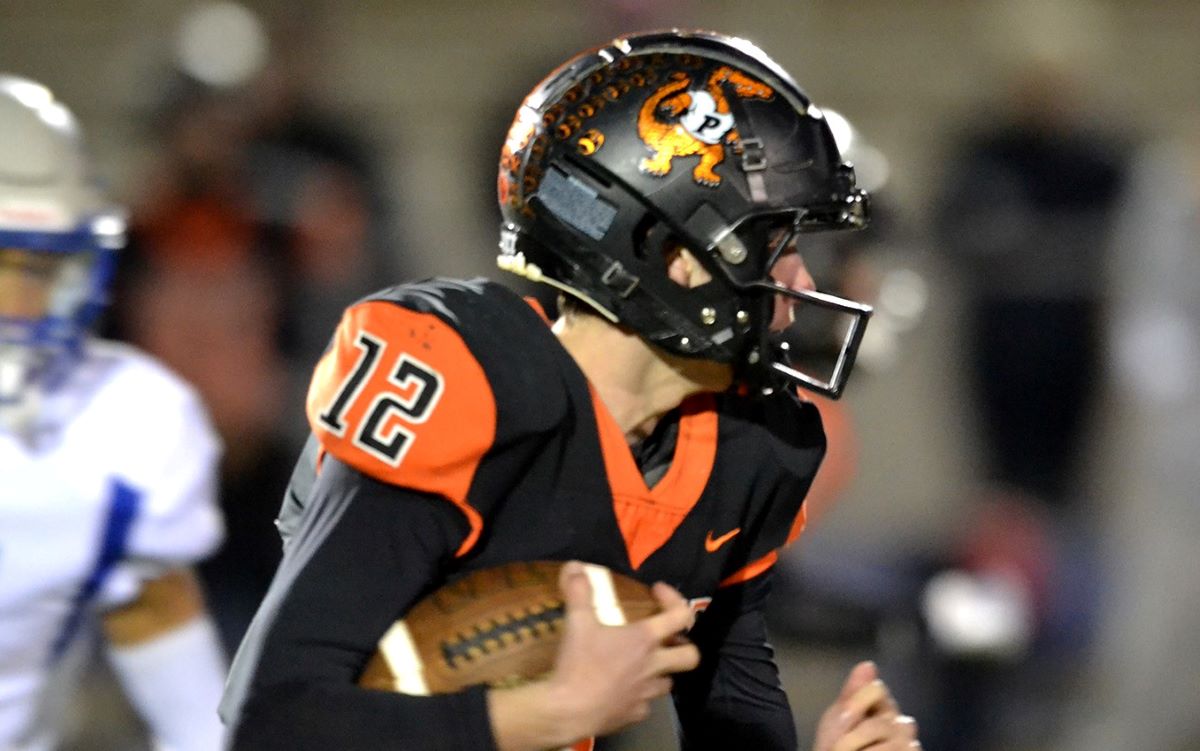 CLARION, Pa. – Despite scoring 30 fourth-quarter points, Port Allegany couldn’t dig itself out of a 22-point hole going to the final 12 minutes in a 46-36 loss to Union (New Castle) in the PIAA Class 1A semifinals at Clarion’s Memorial Stadium.

“Our guys never quit,” Port Allegany head coach Justin Bienkowski said. “Our guys had every reason to roll over and say die at the end of the third quarter, and they didn’t.”

Things actually got worse for Port Allegany in the quarter before they got better.

A 5-yard reverse by Peyton Stiles on the first play of the quarter actually got the Gators back within 14, 28-14, but then two straight turnovers pushed the Union lead to 40-14 with 7:46 to play.

The first came with Port Allegany driving at the Scotties’ 26-yard line.

But Drew Evens was sacked and fumbled the ball with Kaden Fisher picking up the loose change and running 65 yards for a touchdown.

The Gators then fumbled the ensuing kickoff, and that proved costly when Mike Gunn went 38 yards on the first play after the fumble to increase the lead to 26 points.

Those were two of four turnovers for Port Allegany with Union scoring off all four giveaways.

“We talked about that all week,” Bienkowski said. “They put the ball on the carpet in their games this year. But they didn’t do that tonight, and we did. We shot ourselves in the foot at most inopportune times here and there. But we are dealing with high school kids that give us their all 24/7. I am so proud of for that. Just because it doesn’t go our way doesn’t change. We are very high men of character, and I am proud of them.”

The play – even more so than the defensive touchdown – that changed the game came on the final play of the first half.

With Union quarterback Braylon Thomas out of the game temporarily with an injury, the Scotties seemed content to run out the clock when they ran the play clock all the way down before taking their final timeout at their own 46-yard line with 1:06 to play before halftime up 12-6.

But runs of 5, 10 yards, and 8 yards out of the Wildcat by Mike Stanley but the ball at the Port Allegany 31-yard line, and on the final play of the half Fisher threw up a Hail Mary that Dayne Johnke ran under in the back of the end zone for a touchdown and a 20-6 halftime lead.

“We went Cover 4 because we knew there were seven seconds left and their regular quarterback wasn’t in,” Bienkowski said. “We were well versed and ready to go with it. We worked on it all week. The kids just didn’t make a play. He (Johnke) made a better play.”

The score became the first half a back-to-back after Union scored on the first drive of the second half to push the lead to 28-6.

With the game seemingly a wrap for the Scotties after a second fourth-quarter TD by Gunn, this one from 42 yards out with 5:08 to play that made it 46-22, Port Allegany made things interesting.

Archer then recovered an onside kick, and a 15-yard late hit penalty on Union gave the Gators the ball at the Union 25.

Three plays later, Moses went in from a yard out, his third touchdown of the game, to make it 46-36.

But needing a 2-point conversion to get within a score with only one timeout left, Union stopped Evens on a running play, and the Scotties recovered the onside kick to end the game.

Archer had himself a final game to remember catching 15 passes for 137 yards and a touchdown while running for 18 yards on seven carries.

Evens was 20 of 28 for 219 yards, the touchdown, and an interception, while Moses ran 13 times for 86 yards and the three scores while also making 18 tackles.

Gunn ran 10 times for 95 yards and two touchdowns and caught three passes for 18 yards. Thomas, who returned in the second half, ran 12 times for 66 yards and was 7 of 9 passing for 70 yards, a touchdown and an interception.

“We knew their athleticism, and we knew how dynamic they were,” Bienkowski said. “They are very well coached.”

Listen Live to Port Allegany vs. Union-New Castle via Lawrence County Sportsnet
2022 Jim Kelly YDL Sports Network District 9 Football Awards Powered by Allegheny Grille of Foxburg Chosen; All-District Team Named
This website or its third-party tools process personal data.In case of sale of your personal information, you may opt out by using the link Do not sell my personal information.
×
Manage consent