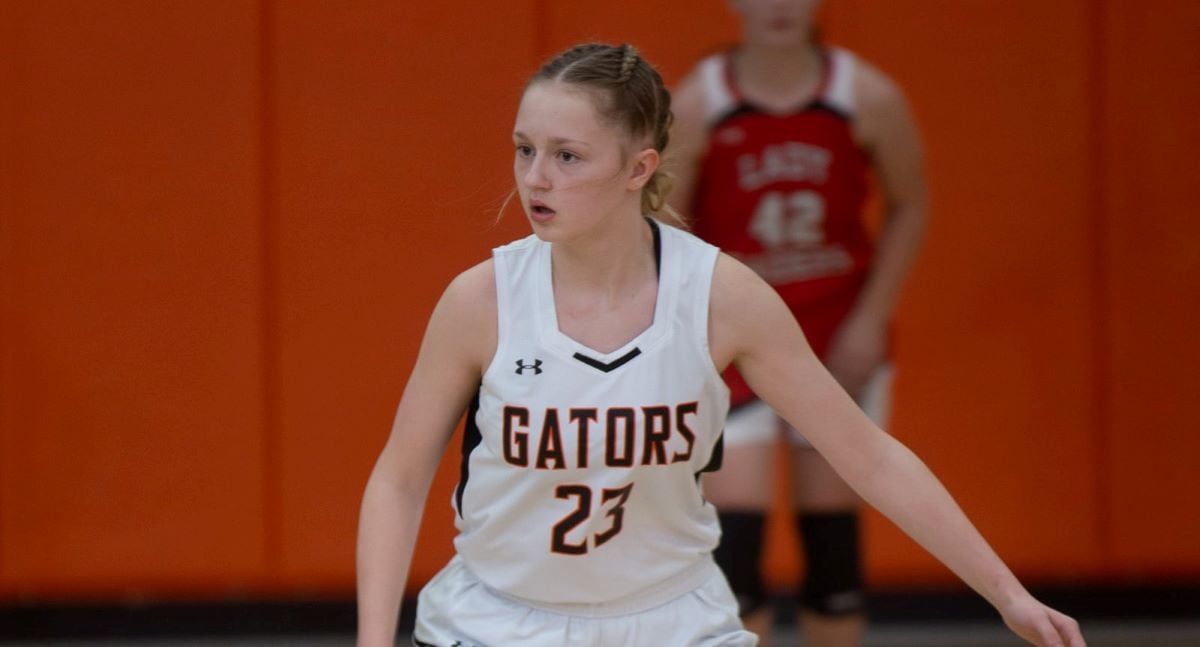 The final 38 seconds ended up being a back-and-forth affair.

Ella Lindberg tied the game at 31 when she hit one of two charity shots with 21 seconds to play setting up Dowell’s heroics.

Behind Klawuhn, the Lady Crusaders led 26-8 at halftime.

BRADFORD, Pa. – Mia Anderson had a double-double with 11 points and 12 rebounds to lift visiting Kane to a 34-27 win over Bradford.

SHINGLEHOUSE, Pa. – Brooke George and Charlotte Austin-Keech both had well-rounded games to help Oswayo Valley to a 40-23 home win over Smethport.

Elizabeth Hungiville did a little of everything for Smethport scoring nine points, grabbing 15 rebounds, coming away with four steals, and blocking two shots.

Abby Lutz had a team-high 10 points for the Lady Hubbers.

WEST SUNBURY, Pa. – David Dessicino had 14 points and 17 rebounds to lead Moniteau to a 46-44 win over visiting Clarion.

The Warriors playing without injured freshman Andrew Zepeda trailed 42-39 going to the fourth quarter but limited the Bobcats to just two points in the final eight minutes.

Clover led the Falcons with a game-high 18 points with Preston adding 13 tallies.

DUBOIS, Pa. – Luke Swisher had his third consecutive game of 25 or more points to lead DuBois Central Catholic to a 66-59 home win over Bradford.

Swisher poured in 27 points for the Cardinals and was one of two DCC players to reach 20 points with Andrew Green throwing in 20.

Dylan Hanna chipped in 10 tallies in the win.

Jake Franz and Brendan Warner both scored 20 points for Bradford.

TITUSVILLE, Pa. – Zander Laughlin scored a career-high 33 points to help Union to an 81-51 win at Titusville.

Laughlin was 14 of 27 from the field, including 5 of 8 from 3-point range. Laughlin added nine rebounds and three assists.

Ben Lane chipped in 11 points in the win with Brady Sullivan scoring 10 points.

The game was tied 14-14 after the first quarter, with Kane going on a 15-2 run in the second quarter to take control.

Sam Lundeen was also in double figures for Kane with 11 points.

Cochranton outscored Cranberry 17-7 in the third quarter to extend its lead to 20 points en route to the win.