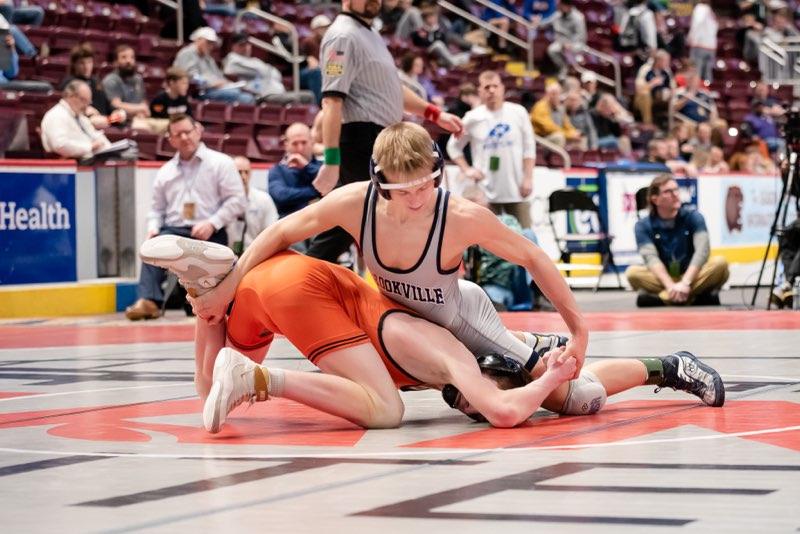 ERIE – Warren won three of the four contested matches, all by pinfall, on its way to a 60-3 win at Erie on Thursday.

Chace McClendon picked up Erie’s lone win with a 4-0 decision over Joe Krall at 285.

Madilyn Enterline got a tech fall win at 107 for the Trojans, while Teague Calvin got a major decision at 189 and Joey Peterson a decision at 285.

RUSSELL, Pa. – A 5-match win streak propelled Titusville to a 38-25 win at Eisenhower on Thursday.

Holding a 4-3 lead after the first two matches, the Rockets won the next five, the final four by pinfall, to take a 32-3 lead.

Tucker Lindell’s 14-2 major decision at 160 stopped the run, but the Knights needed to pin out to complete the comeback.

Sawyer Wolfkiel got things started for Titusville with a 9-1 major decision over Shawn Miller at 107. Griffin Williams countered with an 8-1 decision over Andrew Donaldson at 114 to pull the Knights within one at 4-3.

Following a double forfeit at 121, the Rockets went to work.

After Lindell’s win, Brock Covell pinned Bryceton Wilkins for the Rockets’ final points of the night.

WATTSBURG, Pa. – Union City got four pins and five forfeits in a 54-18 win over Seneca.

YOUNGSVILLE, Pa. – Logan McDonald’s 3-0 win in the final match of the night stopped Corry from earning a shutout, but the Beavers topped Youngsville 66-3 on Thursday.

McDonald’s 3-0 win over Cody Proper at 152 pounds came in the final match of the night.