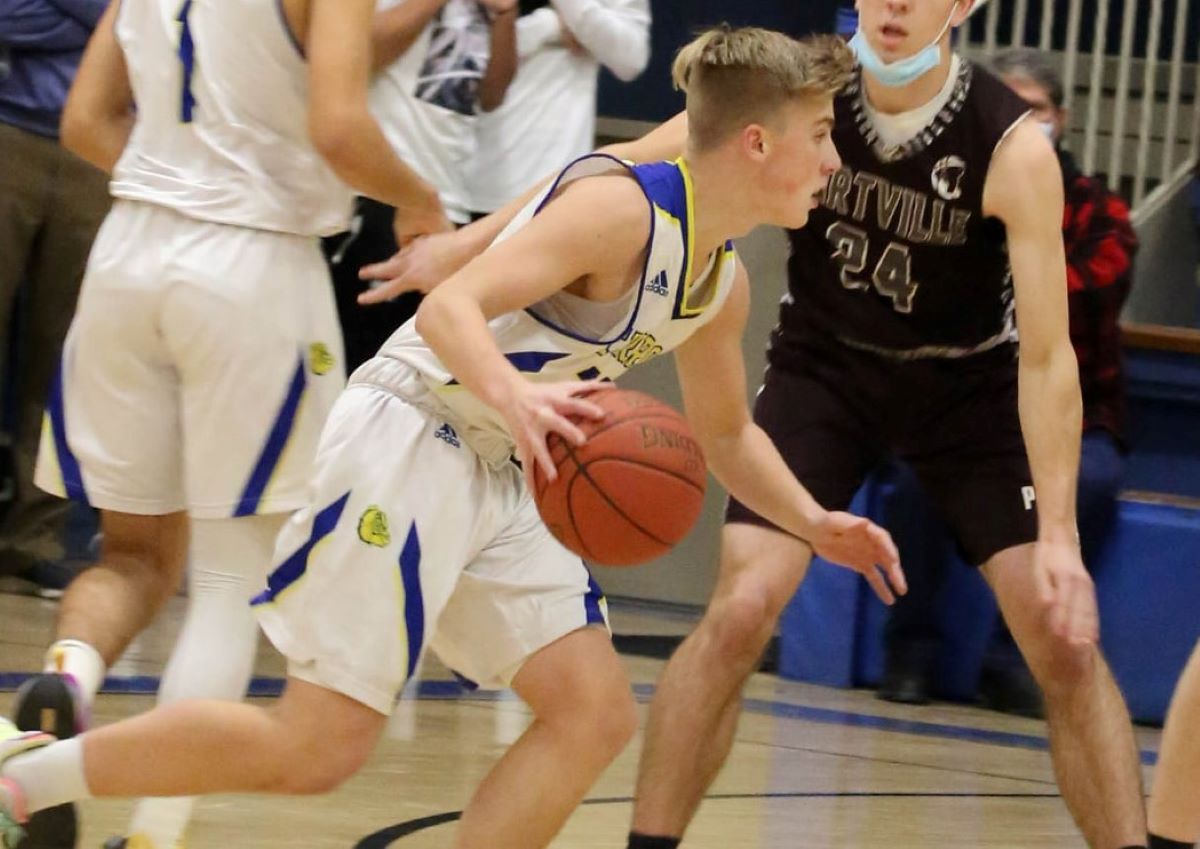 DUKE CENTER, Pa. – Trailing 27-23 at halftime, Otto-Eldred turned up the defensive pressure and allowed just 20 second-half points in a 64-37 win over visiting Otto-Eldred in the NTL opener for both teams.

“We got off to a slow start, but we challenged the team at halftime,” Otto-Eldred head coach Steve Bell said. “We picked up our man-to-man defense.”

That defense came away with 13 steals led by five from Landon Francis, who also had six assists while scoring a game-high 23 points, all in the second half. Francis also added three rebounds.

“Landon had a nice all-around game and took over in the fourth quarter as we pulled away,” Bell said.

Fourteen of Francis’ points came in the fourth quarter.

HYDE, Pa. – Cole Miller hit five 3-pointers on his way to a game-high 25 points, as Clearfield moved to 3-0 on the young season with a 64-39 non-conference win over visiting St. Marys.

Miller added four rebounds in the victory, while Isakk Way had 12 points, five steals, and four rebounds, and Ryan Gearhart 10 points and three helpers for the Bison.

Lane scored a game-high 14 points for the Yellowjackets while Clark added 13.

Bryson Bain and Chris Marshall each scored 11 points for Redbank Valley, which trailed by just one, 40-39, going to the fourth quarter before only connecting on four free throws in the final eight minutes.

Ethan Kutz and Evan Brocious each added nine points for the Little Indians.

WARREN, Pa. – Trailing by two going into the fourth quarter, Warren outscored Bradford 22-7 over the final eight minutes en route to a 54-41 win.

J.T. Blum led the way for Warren, scoring a game-high 19 points, 14 of which came in the second half. Parks Ordiway was also in double figures for the Dragons with 12 points, including a big three in the fourth quarter to help the Dragons pull away.

Jake Franz had a big game for Bradford, coming off the bench to score a team-high 18 points. Jerid Wilmoth added 13 points for the Owls and Dalton Dixon six.

A medical situation at halftime delayed the start of the second half, as Bradford’s Cam Austin had a medical emergency at the half and had was taken to a local hospital. No update on his condition was available following the game.

Dec. 14, 2021 D10 Boys’ Hoops: Big Fourth Quarter Sends Warren Past Bradford; Greenville, Franklin Get Wins
Dec. 14, 2021 D9 Girls: North Clarion Uses Late First-Half Run to Beat Clarion; Clearfield, Coudy Give First-Year Coaches First Wins
We use cookies on our website to give you the most relevant experience by remembering your preferences and repeat visits. By clicking “Accept All”, you consent to the use of ALL the cookies. However, you may visit "Cookie Settings" to provide a controlled consent.
Cookie SettingsAccept All
Manage consent