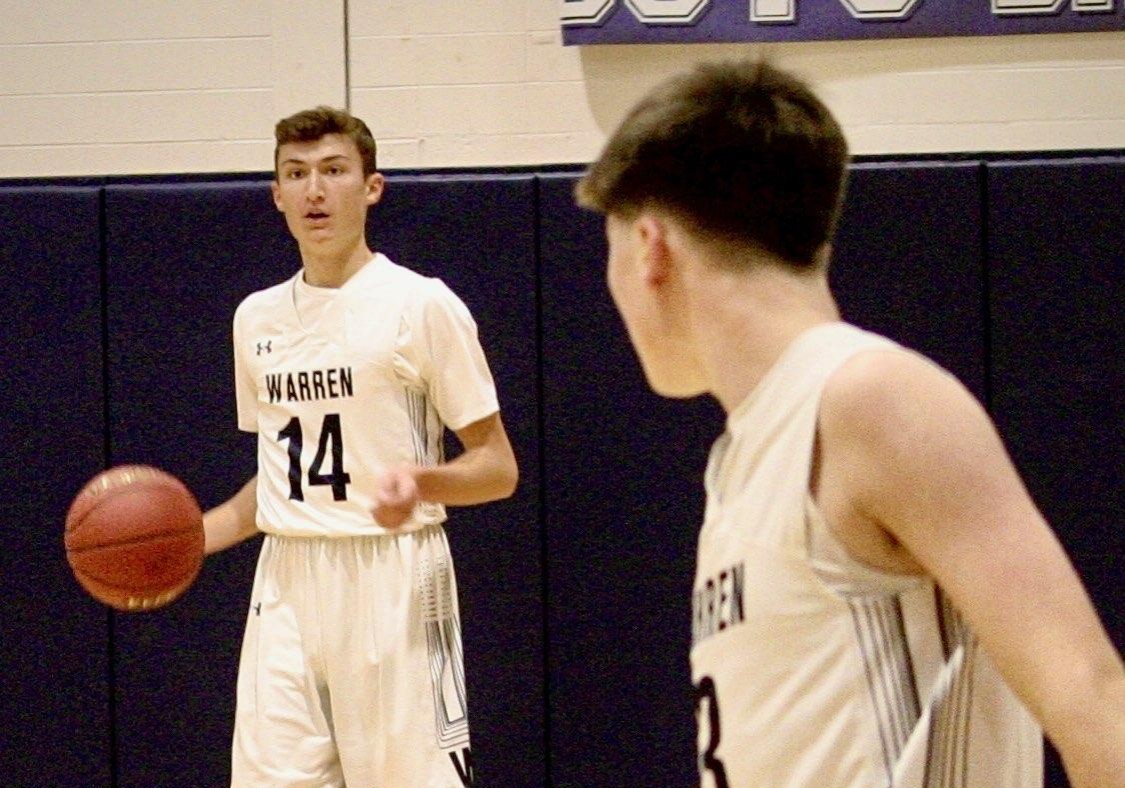 WARREN, Pa. – Trailing by two going into the fourth quarter, Warren outscored Bradford 22-7 over the final eight minutes en route to a 54-41 win.

J.T. Blum led the way for Warren, scoring a game-high 19 points, 14 of which came in the second half. Parks Ordiway was also in double figures for the Dragons with 12 points, including a big three in the fourth quarter to help the Dragons pull away.

A medical situation at halftime delayed the start of the second half, as Bradford’s Cam Austin had a medical emergency at the half and had was taken to a local hospital. No update on his condition was available following the game.

Jake Franz had a big game for Bradford, coming off the bench to score a team-high 18 points. Jerid Wilmoth added 13 points for the Owls and Dalton Dixon six.

Fulmer scored 10 points in the first quarter as the Knights built a 23-9 advantage and never looked back.

Jalen Wood was also in double figures for Franklin with 11 points, while Luke Guth added nine and Cole Buckley eight. Fulmer and Guth both pulled down six rebounds.

Jalen Ritzert led a balanced scoring effort for the Trojans with 13 points, while Logan Lentz had 11 and Jase Herrick and Nathan Stuyvesant eight each.

Damien Micco had 14 points for Wilmington.

Joe Messina and Lamont Austin had nine points each for Sharon.

Lamont Samuels and Omar Stewart had 11 points each for Farrell.

The Trojans were also paced by Luke Chamberlain (12 points) and Nick Grimm (11 points).

WATTSBURG, Pa. – Seneca jumped out to a 17-point first quarter lead and never looked back in a 69-43 win over Saegertown.

Isaac Johnson and Brady Greco had 11 points each for Saegertown.

The Huskies trailed by one going in the fourth quarter but closed the game on an 18-7 run.

Khalon Simmons and Jack Burchard had 15 points each for the Bulldogs.

Ryan Richardson had 13 points for Conneaut.

Ryan Tewell had 15 points for the Wildcats and combined with Steinle on seven made threes.

Cole Dolittle had 14 points for Maplewood and Luke Sleeman 10.

Union City’s Matthew Bennett had a strong game in defeat with 25 points.

Owen Kemp was also in double figures for North East with 11 points.

Ben Burkhardt had 13 points for Iroquois.