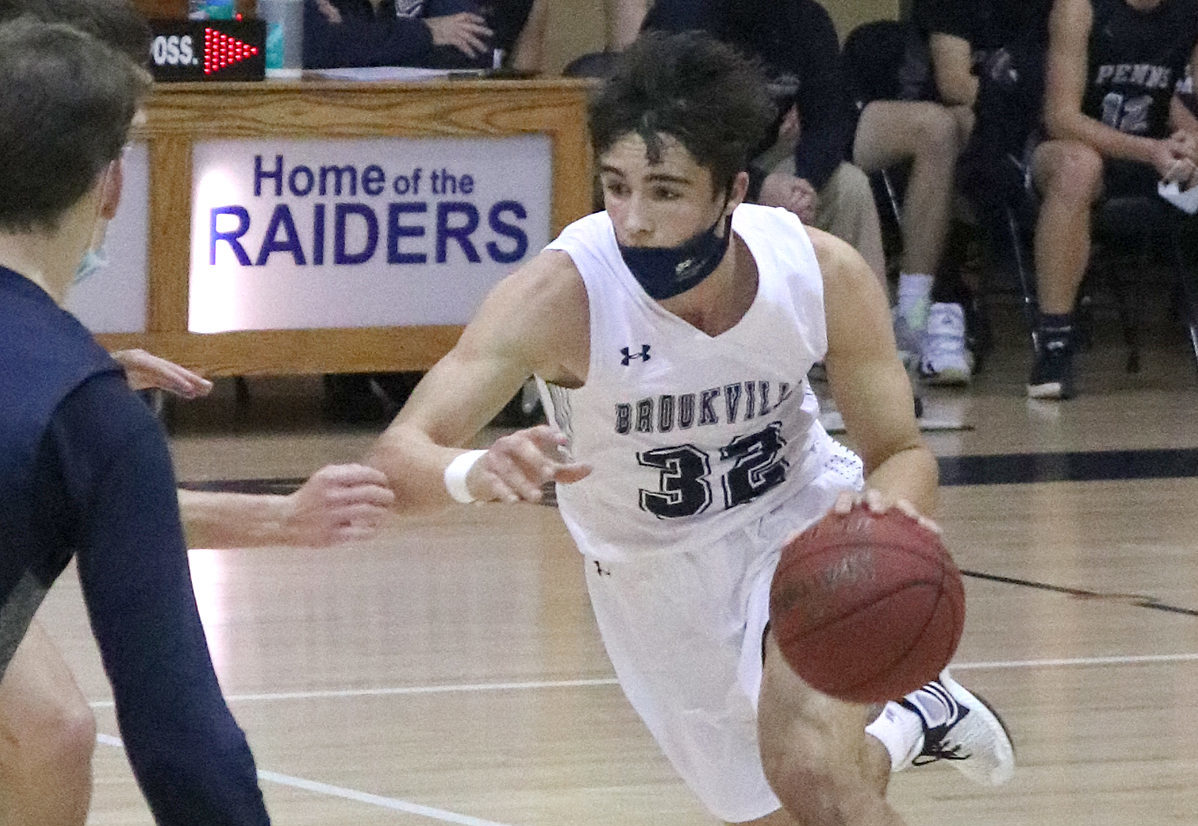 BROOKVILLE, Pa. — The Brookville Raiders were supposed to host one of two tip-off tournaments at their school this weekend, but wound up sweeping a doubleheader Friday night.

The Raiders opened with a 59-30 win over Penns Manor and then after beating Penns Manor in a junior varsity game, they finished off the sweep with a 78-45 rout of St. Joseph’s Catholic Academy.

Jace Miner, the Allegheny Grille of Foxburg Player of the Game in the win over St. Joe’s, finished with 24 points and eight rebounds, scoring 22 of his points in the first half and making all six of his shots from the field in the second quarter as the Raiders built a 50-25 lead by halftime.

Against Penns Manor, Lauer and Ian Pete each scored 10 points.

Wilcott poured in 16 points in the tournament final, and Trey Battle added 10.

Neshannock’s Mike Sopko scored 24 points to lead his team to the title.

It was a whole lot of WIlcott in the opener, as he scored 29 points.

The Lakers led by seven at the half and steadily pulled away over the final 16 minutes.

The Ramblers trailed by one, 21-20 at halftime, but used a 20-11 third quarter spurt to take command.

Jackson Howser and Jaden Harper were both in double figures for the Trojans with 14 and 12 points respectively.

The Trojans trailed 31-17 at the half, but exploded for 46 second-half points en route to the win.

Brady Greco scored 15 and Jaden Wilkins added 10 for the Panthers in defeat.

Jacob Young and Brandon Kibbe led the way with 17 points apiece for the Bobcats, while Justin Walker added 12 and Bobby Yost 11.

Cole DeSimone and Josh James had 15 each for the Bears.

NEW CASTLE, Pa. – Moniteau dropped a pair of games at the Neshannock Tournament falling 73-43 to the host and 75-52 to Shenango.

Mike Sipko led Neshannock to the victory with 16 points, while Kyle Pry had 20 points and seven rebounds for Moniteau.

Brodie Mgu had 25 points for Shenango in the victory, while Mason Mershimer had 10 points and six rebounds for Moniteau with Chason Delarosa-Rugg adding 10 points and four rebounds.

Dec. 11, 2020 Basketball Scores
Girls’ Basketball Recaps: Moniteau Rallies from 13 Points Down in Second Half to Beat Clarion in OT