Girls’ Basketball Recaps: Moniteau Rallies from 13 Points Down in Second Half to Beat Clarion in OT 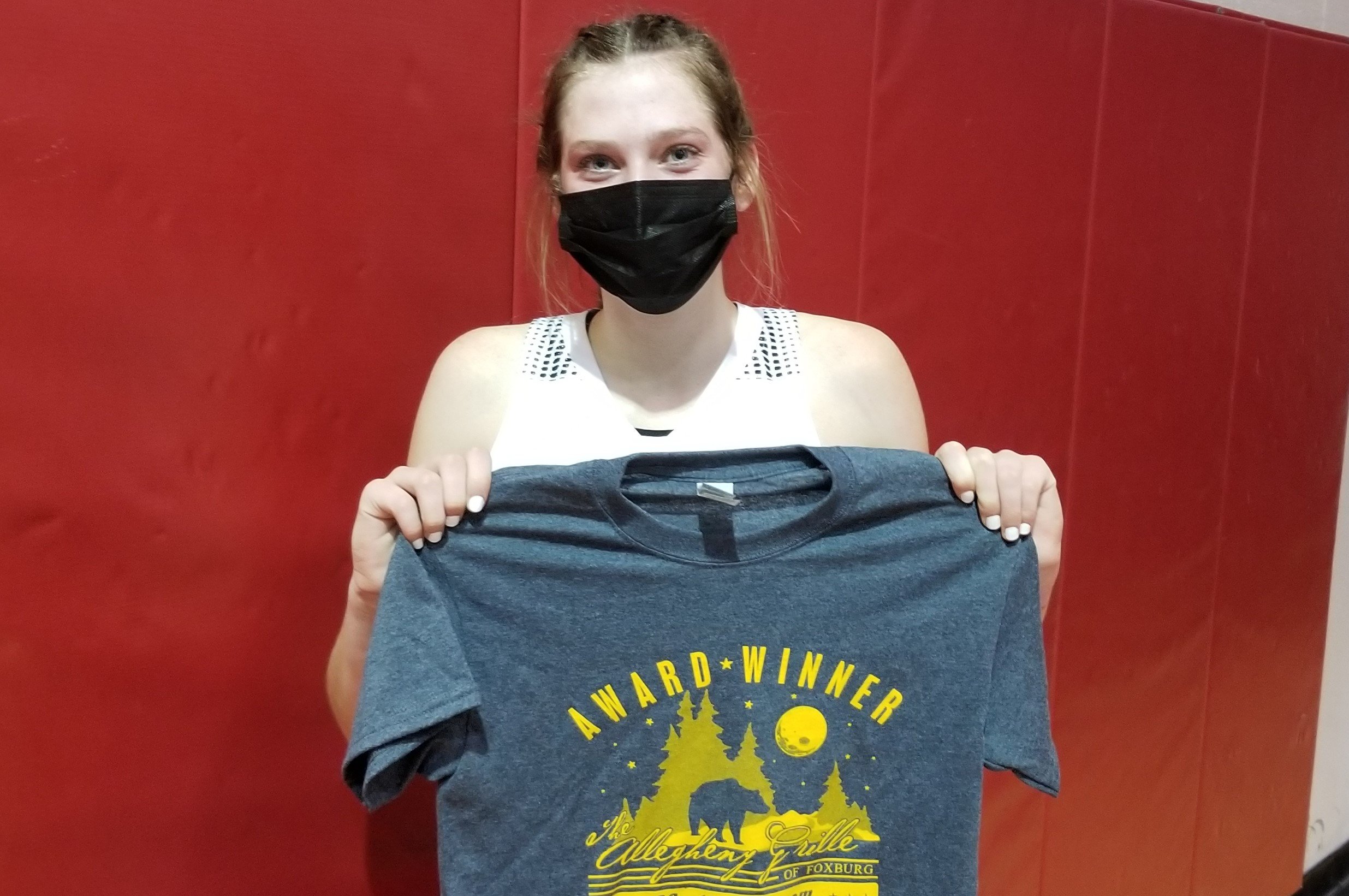 The Lady Warriors forced the extra session when Aslyn Pry, who scored a game-high 20 points and was named the Allegheny Grille of Foxburg Player of the Game, nailed a 3-pointer with about 44 seconds left in regulation.

Clarion had a couple of chances to win the game at the end of regulation.

With 4.3 seconds to play, Pry blocked a shot by Noel Anthony with the ball going to Clarion out of bounds. On the inbounds, Catherine Kelly tied up Anthony with the possession arrow to Clarion. On the ensuing inbounds, Ava Cherico got a good look at a 3-pointer that was just a little short as time expired.

Then in overtime, Jewart hit a jumper to give Moniteau its first lead since the second quarter and then hit another 3-pointer to make the score 47-42, a lead the Lady Warriors never relinquished.

Clarion led by 13, 36-23, following a 3-pointer by Cherico late in the third quarter, but Pry helped rallied the Lady Warriors to within eight, 38-30, at the end of the quarter.

Pry talked about the victory.

Jewart added eight in the wins with Kelly adding six.

Erica Selfridge and Jordan Best each scored 14 points for Clarion with Anthony adding 11, including eight in the third quarter.

CLYMER, Pa. – Brookville lost a pair of games at Penns Manor losing 54-27 to Berlin Brothersvalley and 74-31 to Penns Manor.

Megan Dumm paced Penns Manor, which led 29-7 at the end of the first quarter, with 28 points with Kassidy Smith adding 23.

Berlin, which led 23-5 at the end of the first quarter, was paced by Brianna Hunt’s 20 points.

Carissa Dunham led the way for the victors with 19 points, while Daniela Shaughnessy added 13.

WATERFORD, Pa. – Fort LeBoeuf outscored Seneca 18-1 in the third quarter on their way to a 42-28 victory.

Torsha McCall led the way for the Bison, pouring in 18 points, while Ashley Froess chipped in with nine.

Maydison Kent had seven points, while Abby Hinds and Julia Patterson had six each for the Bobcats.

HARMONY, Pa. – McDowell went on the road and fell to Hampton, 53-45.
Emina Selimovic scored 22 points for the Trojans, while Sydney Keinath added 13.