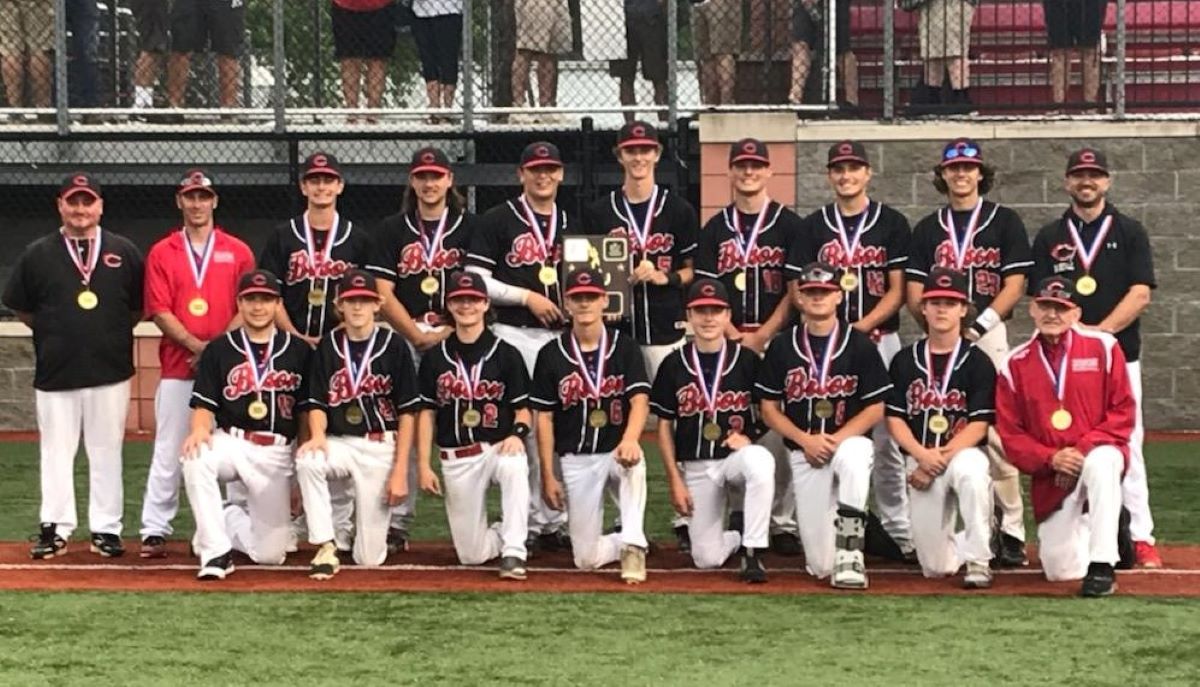 DUBOIS, Pa. – Hunter Dixon and Karson Rumsky combined on a four-hitter, as Clearfield won its second District 9 baseball title since 2017 with a 2-1 win over St. Marys in the Class 4A title game Showers Field in DuBois.

Dixon went six innings allowing an unearned run on four hits and a walk while striking out five to get the win, and Rumsky shut the door in the seventh needing 14 pitches to get three outs. He struck out one.

Clearfield built a 2-0 lead after three innings and Dixon and Rumsky made the lead stick.

Two-out lightning got the scoring started in the second inning for the Bison, as Blake Pretash and Dixon had back-to-back singles with two outs before Cole Bloom was hit by a pitch to load the bases. Morgen Billotte then drew a walk to give Clearfield a 1-0 lead.

Christian Coudriet limited the damage by getting Nolan Barr to strike out leaving the sacks full.

Clearfield added to its lead in the third when Rumsky doubled leading off and took third on a wild pitch with one out before scoring on a Kyle Elensky groundout.

St. Marys, which had threatened in the second with runners first and second with two outs, broke through in the fourth helped by a Clearfield error.

Connor Straub led off the inning by reaching on an error by the third baseman Billotte.

That proved costly when Straub stole second, went to third on a Logan Bauer groundout, and scored on a two-out infield single by Mitchell Reiter.

The Dutch threatened to tie the game in the fifth when Michael Fitzgerald walked with one out. Coudriet hit into fielder’s choice with Fitzgerald out at second.

Carter Redmond courtesy ran for Coudriet and went to second when Billotte committed another error, this time on a ball hit by Conner Bressler putting runners on first and second.

But Dixon induced Straub to ground out to Elsensky at shortstop with Elesnsky taking the force at second.

St. Marys had one more base runner when Reiter singled with two outs in the sixth. But Dixon, the lefty, picked Reiter off first ending the inning.

Clearfield will move into the District 5-8-9 subregional where it will play the winner of Thursday’s game between Carrick and Somerset June 2.