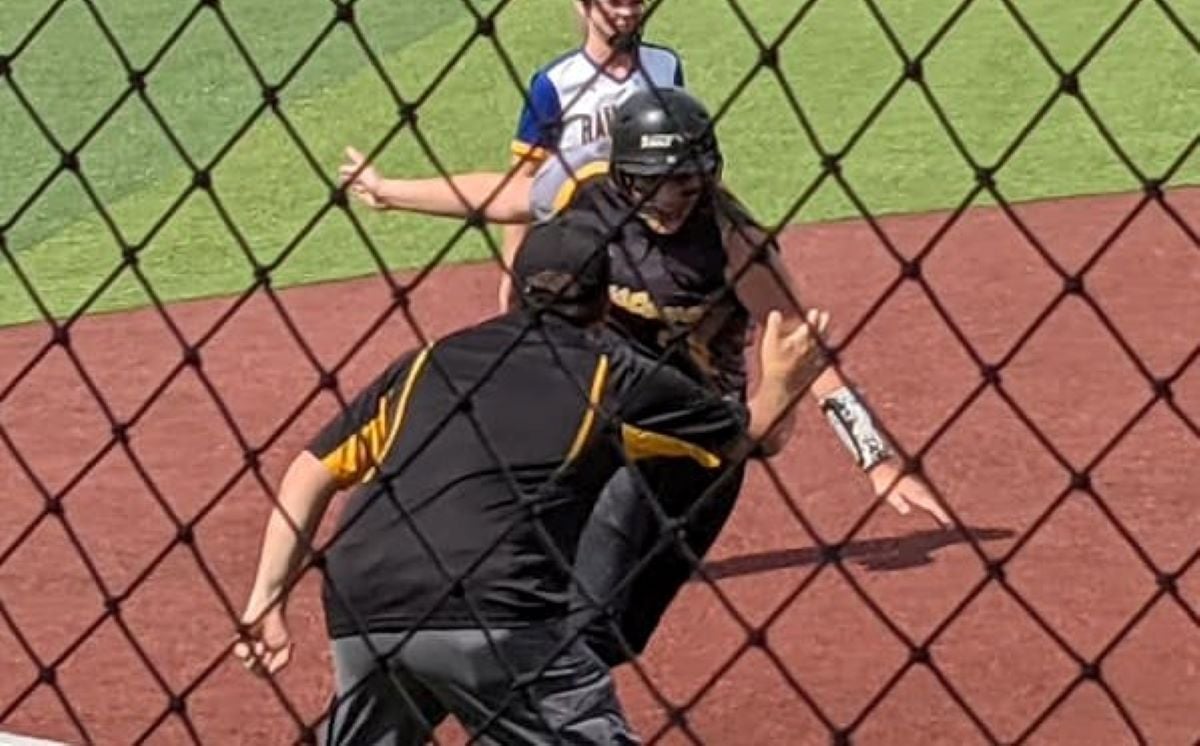 DUBOIS, Pa. – There is locked in and then there is whatever Natalie Bowser is right now.

The Keystone sophomore nearly single-handedly led the Lady Panthers into the District 9 Class 2A title game with a 1-0 win over Johnsonburg at Heindl Field in DuBois. It is the second time in Keystone history the Lady Panthers have moved into a D9 title game having won the 2013 title, when Bowser’s older sister, Marina, was a sophomore.

“It means actually a lot,” Bowser said. “Marina won the D9 game her sophomore year. So its kind of like the battle for the sisters right now to see who can out do the other. It’s amazing just being able to do what she did when she was playing.”

Bowser threw a four-hit shutout walking two and striking out 11.

She also accounted for the game’s only offense when she ripped a solo home run to left field with one out in the fourth.

“It was an inside low pitch,” Bowser said.

It was the seventh straight game Bowser has hit a home run in – she has eight during that stretch – and it was her 13th on the season in her 18th game. It was also her 43rd RBI (she came into the game hitting .733 with 15 doubles).

“Babe Ruth of softball, you can put it that way,” Bowser said with a laugh when asked if she was feeling like Ruth. “It definitely has been a long process for me to be able to play like this.”

Bowser, though, said this isn’t the first time she has been locked in a zone.

“Yes, I have, actually,” Bowser said. “My last two years when I have been playing travel ball I have actually been hitting about the same I have been here.”

Bowser, who was 2-for-2 in the game with a walk, was pretty much the only person Johnsonburg’s Julia Jones couldn’t get out.

Jones threw a masterpiece of her own allowing one run on four hits and a walk while striking out 13.

Jones was also a force at the plate going 2-for-3 with a pair of doubles.

But both times Jones doubled she was stranded.

In the first inning, she doubled with one out and went to third on a two-out walk/wild pitch to Jenna Kasmierski.

But Bowser struck out Makenzie Freeman to escape the jam.

In the sixth, Jones again doubled with one out and went to third when Julie Peterson singled to center. Peterson took second on the throw to third giving the Ramettes second and third with just one out.

She got Kasmierski to softly lineout to Alexandria Johnston at at shortstop and then struck out Freeman.

“For the most part, I was saying I need to stay calm,” Bowser said. “I know my game, and I know how to pitch. I was just trying to relax myself.”

Johnston was part of the game’s other big defensive moment.

In the third inning, Jenna Pavlock walked and stole second. Jones then drilled a ball that looked like it was headed up the middle, but Johnston ranged a couple of steps to her left and caught the ball. Pavlock was caught way off second base, and Johnston’s momentum carried her to the second-base bag for the inning-ending double play.

“It is amazing (watching her play defense),” Bowser said. “When I am at first base, I love playing with Alex because we always know we are going to turn that double play. We are both always so prepared and ready. It is amazing having a defender like her behind me.”

Watch the full postgame interview of Bowser, who was named the Allegheny Grille of Foxburg Player of the Game.

Keystone will take on Moniteau, a 7-4 winner over Curwensville in the other semifinal game, in the title game Monday, May 3, at Heindl Field in DuBois at a time to be announced.

C-L Continues Magical Run, Slugs Past ECC, Into D9 Class 1A Softball Title Game Powered by North Washington Rodeo
Clearfield Claims District 9 Class 4A Baseball Title Behind Pitching of Dixon, Rumsky Powered by North Washington Rodeo
We use cookies on our website to give you the most relevant experience by remembering your preferences and repeat visits. By clicking “Accept All”, you consent to the use of ALL the cookies. However, you may visit "Cookie Settings" to provide a controlled consent.
Cookie SettingsAccept All
Manage consent