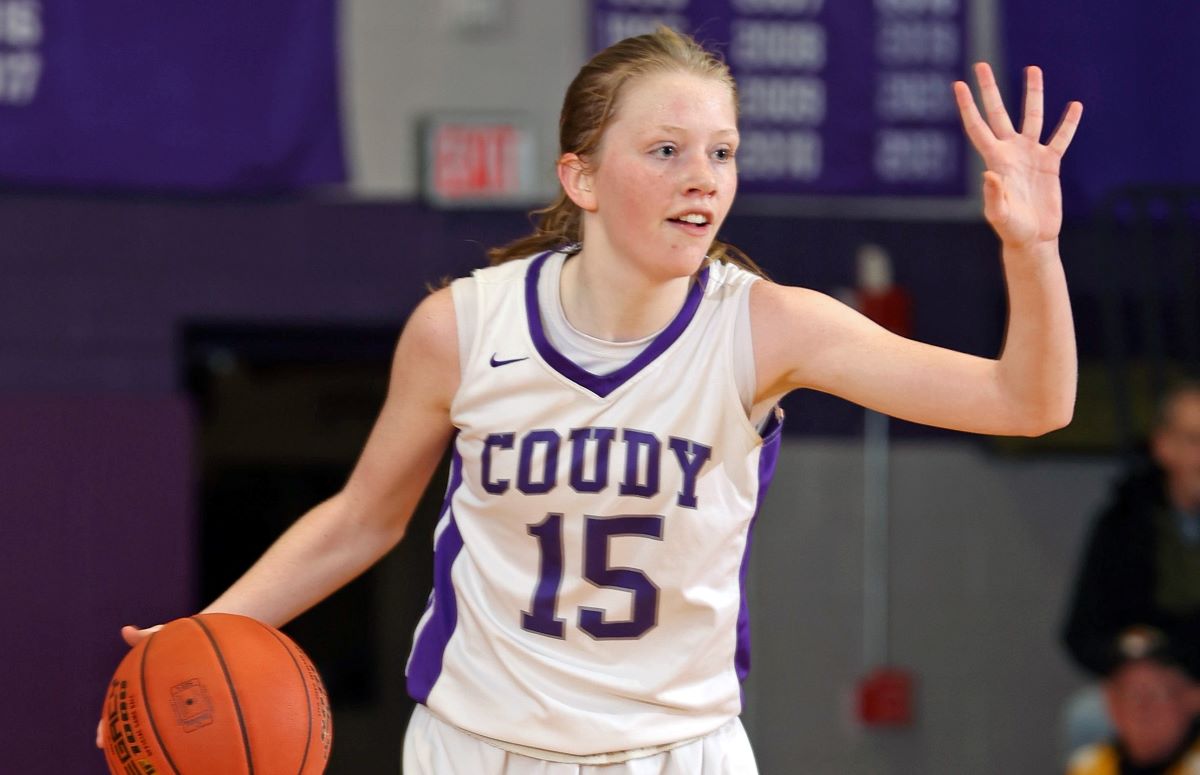 Bel Porterfield and Sierra Myers each added 10 points for the Lady Falcons.

Helsel scored seven first-quarter points, as the Lady Bisons jumped to a 23-9 lead after the first quarter.

Janelle Passmore hit a pair of 3-pointers and finished with six points to pace Curwensville.

Aaralyn Robinson was a monster on the boards grabbing 21 rebounds, including 11 offensive boards, and completed a double-double with 11 points for the Lady Raiders, while Renee Earle had four steals and one point, and Trinity Earle had seven rebounds.

CALIFORNIA, Pa. – OLSH handed Redbank Valley its first loss of the season, 45-40, on the first day of the West Penn California Holiday Hoopfest.

The 2022 WPIAL Class 2A runner-up Chargers got 12 points from Mia Grisafi and 11 from Kyleigh Nagy on its way to the victory.

That offset a big day from Mylee Harmon, who scored a game-high 22 points for Redbank Valley.

SENECA, Pa. – Franklin jumped out to an 18-3 lead after the first quarter on its way to a 43-24 win over Cranberry in the opening round of the Cranberry Tournament.

Estella Adams was also in double figures for Franklin with 12 points, while Kirsten Hicks added seven.

KANE, Pa. – Racing out to a 29-7 lead at the end of the first quarter North Clarion cruised past Youngsville, 63-26, in the opening round of the Kane Christmas Tournament.

Lily Homan scored eight of her 13 points in the first quarter while Emma McFarland netted five of her game-high 17 points in the opening eight minutes.

Emma McFarland then poured in nine more second-quarter points to push the She-Wolves’ advantage to 43-20 at the break.

KANE, Pa. – Hailey Hillman scored 11 points to help Kane to a 36-21 win over Clarion in the opening round of the Kane Christmas Tournament.

The Lady Wolves overcame a slow start that saw them leading by just a point, 4-3, at the end of the first quarter to build a 14-8 halftime lead. Kane then outscored Clarion 22-13 in the second half with Leah Tigani scoring six of her eight points in a 10-point third quarter.

FARRELL, Pa. – Gabby King scored a game-high 23 points to lead Farrell to a 51-19 win over A-C Valley on the opening day of the Dresch-McCluskey Tournament at Farrell.

STONEBORO, Pa. – Chasie Fry scored 17 points and pulled down five rebounds as Sharpsville earned a 52-34 win over Saegertown in the Lakeview Tournament.

Sharpsville, which also got 15 points and six assists from Lily Palko, outscored Saegertown 18-5 in the second quarter to take a 31-13 halftime lead.

LAWRENCE PARK, Pa. – Freshman Clara Steinberg poured in 25 of her career-high 34 points in the first half as Eisenhower earned a 60-12 win over Jamestown in the opening round of the Iroquois tournament.

Laney Font scored nine of her 11 points in the second half for Eisenhower.

STONEBORO, Pa. – Emma Marsteller scored 16 points as Lakeview earned a 50-16 win over Slippery Rock in the opening round of the Lakeview Tournament.

Kelsey Seddon and Kyndra Seddon added nine points each for the Sailors.

JAMESTOWN, NY – A late opponent change didn’t slow the offense as Warren raced out to an early lead and never looked back en route to a 64-36 win over Ellicottville in the opening game of the JCC Showcase.

The Dragons were originally scheduled to face Sacred Heart Academy out of Buffalo, but the winter storm and ensuing travel ban prevented the Sharks from making the trip.

Sammie Ruhlman finished with a game-high 15 points to go along with seven assists and seven steals for Warren, while Meea Irwin had 11 points, Gracie Ruhlman had nine points, Alana Stuart eight, and Peyton Wotorson seven. Halle Kuzminski and Alyssa Farr each had six points, with Kuzminski adding 10 rebounds.

FARRELL, Pa. – Makenzie Yanc had 21 points and seven rebounds to help Cambridge Springs to a 52-16 win over Meadville.

Brooke Przybylski added 13 points for Harbor Creek in the win, while Hannah Smith chipped in with 12 points.

LAWRENCE PARK, Pa. – Iroquois jumped out to a 13-4 halftime lead on its way to a 29-22 win over Rocky Grove in the Iroquois Tournament.

ORLANDO, Fla. – Olivia Kulyk scored 20 points as Mercyhurst Prep earned a 53-46 win over Lake Mary (Fla.) in the opening round of the Jim Clark Classic at Bishop Moore High School.

Lillirose Lang added 13 points for Mercyhurst Prep, which picked up its fourth win of the season.

Pizza Hut Scoreboard: Dec. 27, 2022: D9/10 Basketball
Zero in the First? No Problem as Sheffield Rallies Past Smethport; Owens, Farrell Beat Redbank Valley Dec. 27
This website or its third-party tools process personal data.In case of sale of your personal information, you may opt out by using the link Do not sell my personal information.
×
Manage consent