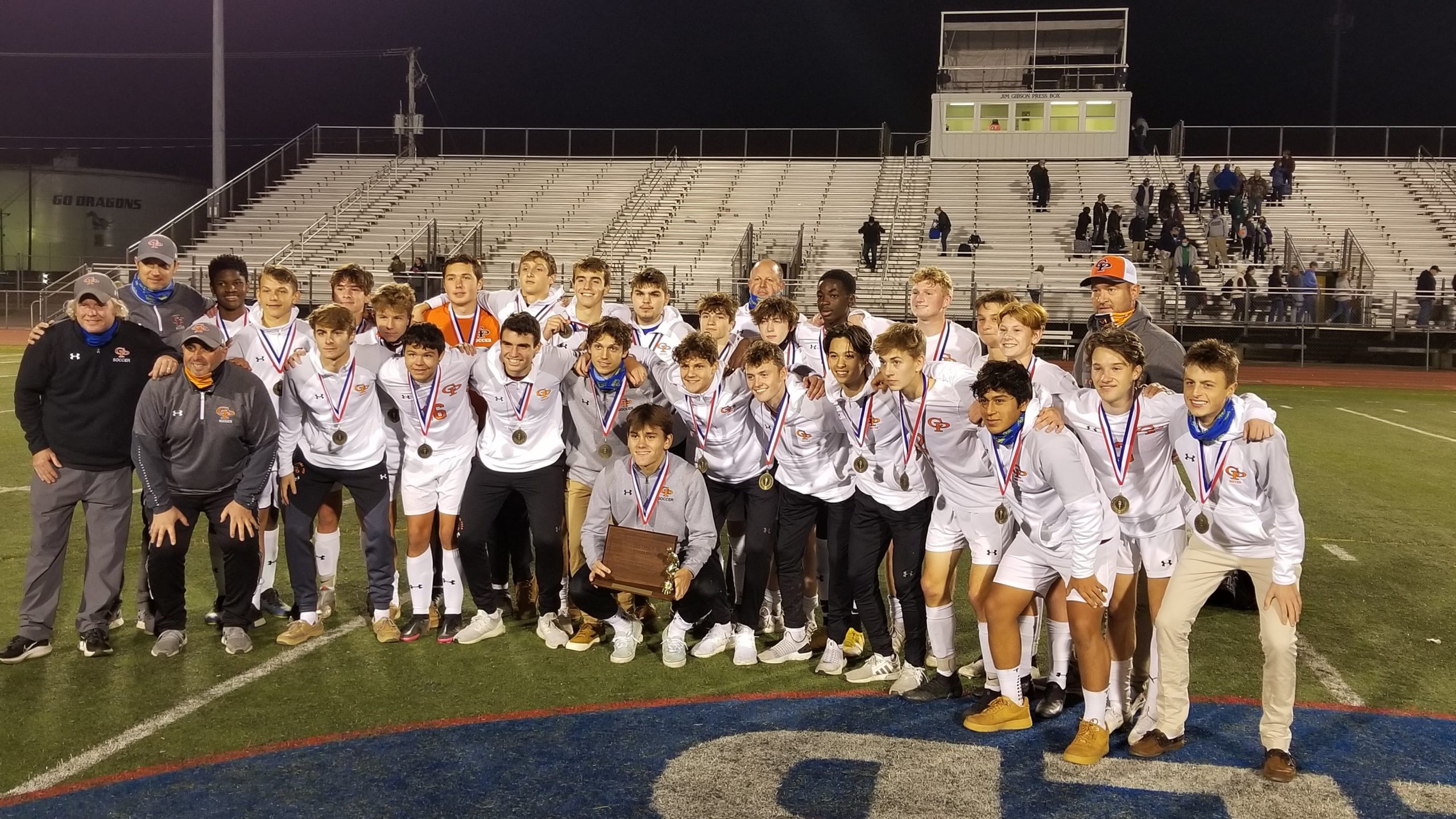 WARREN, Pa. – Sam Louie had a hat trick and Vincent Padalino had a pair of goals to power Cathedral Prep to the District 10 Class 3A boys soccer title with a 6-0 win at Warren Thursday.

It’s the seventh straight D-10 title for the Ramblers, and 12th in 16 seasons for head coach Sam Tojaga.

Special recognition to Rambler head coach Sam Tojaga. Now in his 16th season, Tojaga has won 12 D-10 titles, 14 Region crowns and his overall record at Prep is an amazing 265-59-10. pic.twitter.com/Ydny11ElwI

The Ramblers controlled possession and generated quality chances in the early going, but couldn’t get one past Warren keeper Alex Ferry (or the post).

Near the midpoint of the first half, Prep got a breakaway. Ferry came out to challenge and a collision occurred. The officials conferred and Ferry was given a red card.

Two minutes later, Louie had the Ramblers on the board with his first of the match.

He got the ball in deep on the Dragons defense, made a move and powered it past new keeper Ian Darling.

Louie’s second and third goals came just 26 seconds apart, and from nearly the same spot on the pitch, in the 28th minute. He got the ball on the left side and fired to the far post. The ball went past Darling’s finger tips and snuck just inside the post to make it 2-0. The third goal was more of a rising shot that Louie put over Darling’s hand.

With just under 10 minutes to play in the half, Jack Foht outraced the Warren defense and shot a laser into the net to give Prep a 4-0 advantage.

The goal prompted a change and Will Nebinski came on in relief of Darling.

Padalino scored his goals seven and eight minutes into the second half. Dominic Padalino sent a pass to center and Vincent tucked it home to make it 5-0. A minute later, Vincent put a header on a corner kick to give Prep a 6-0 lead and put the running clock in effect.

Dominic Padalino finished with four assists. Daniel Harrington and Peter Wagner each picked up a helper as well.

The Ramblers advance to the PIAA state quarterfinals where they will face DuBois on Saturday, Nov. 14.

Saegertown, Conneaut Earn District 10 Volleyball Crowns
Maplewood Powers Past Corry For District 10 Class 2A Volleyball Championship
We use cookies on our website to give you the most relevant experience by remembering your preferences and repeat visits. By clicking “Accept All”, you consent to the use of ALL the cookies. However, you may visit "Cookie Settings" to provide a controlled consent.
Cookie SettingsAccept All
Manage consent